Want to know the best part about having two kids in high school, one in elementary, and one just on the cusp of middle school? 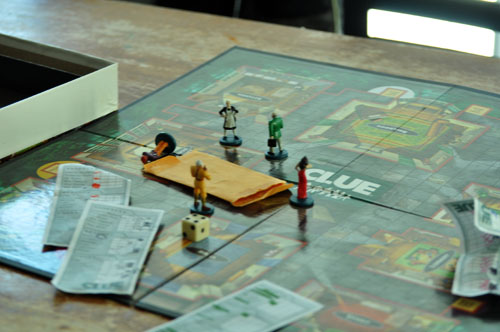 Being able to play Clue after the dinner dishes are cleared. We didn’t know it, but we always did have this time, to play Clue after dinner. And, so we missed that chance to immerse ourselves in that world where that dapper Professor Plum stands with a book tucked under the arm of his wool felted jacket. 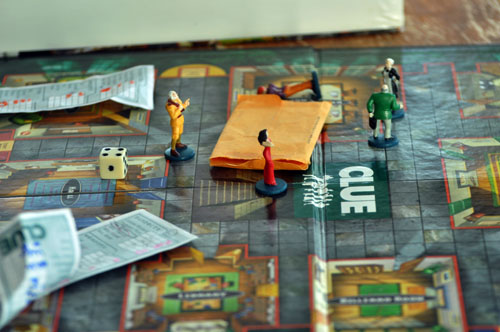 One of my favorite rooms is that library, where the books are scattered in the corners. The black and white tile floor of the kitchen clearly shows evidence that Mrs. White has been busy scrubbing. I fantasize about her visiting me here.

The “word ladder” that my fourth grader brings home for homework is the same one that my now senior brought home years earlier. Yet, in the face of the papers he’s written since on the on whether flu shots should be mandatory, and the one where he had to choose which character each one of us represents in To Kill a Mocking Bird, the word ladder finally looks as it should – it is not the end-all-be-all factor in my child’s academic success. So, the word ladder, and the math and the daily chapter book readings are done with far less stress and struggle – and are completed remarkably faster.(Secretly, I love the challenge of the word ladder, and I can’t wait for him to get stuck so I can give him clues…Actually, a crossword puzzle of sorts, that I can solve.)

I can look the middle school teacher in the eye and say, “No. He wants to take French, can you make that happen?” And, the teacher recalls how he went the extra mile in her reading class, even bringing “Hawaiian” snacks to celebrate the ending of the group book they read. And she realizes what I fighter he really is, and she makes it happen. There’s one little boy in a sea of middle-schoolers who believes he has a whole new mountain to climb, and so he straps his boots on.

Sometimes we play Pictionary, and we watch as the senior actually shows the artistically bent 4th grader how to draw a tree stump in 3-d, because it was impossible to tell it was a tree stump at that angle… 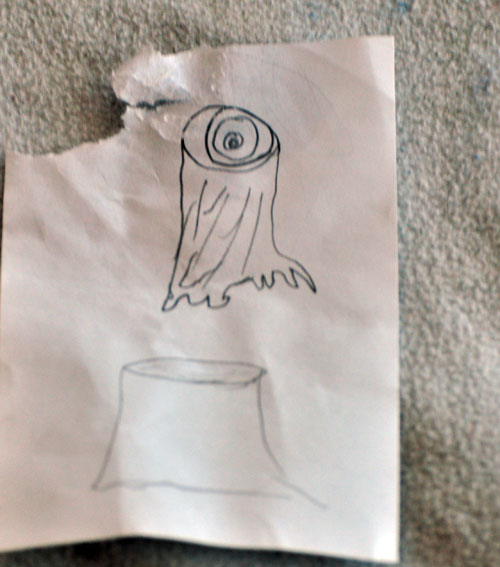 Actually, I thought he did a pretty fine job of drawing that tree stump – what’s your problem?

And there’s ski club, where, I put so much effort in sending them off with a warm meal to get on that bus. I still do that, to a point, but the focus now is on when he returns home after 11. This boy doesn’t walk into a house quiet and dark and sleeping like the older boys did. They walk into a house where the older brothers are just coming back home from spending time with their friends, and the stove is warm cooking something to feed stomachs before they go to bed.

We know what real emergencies are; and we’re not having one right after dinner, when the table is clear. The older boys are shut-off in their rooms, busy getting homework done. 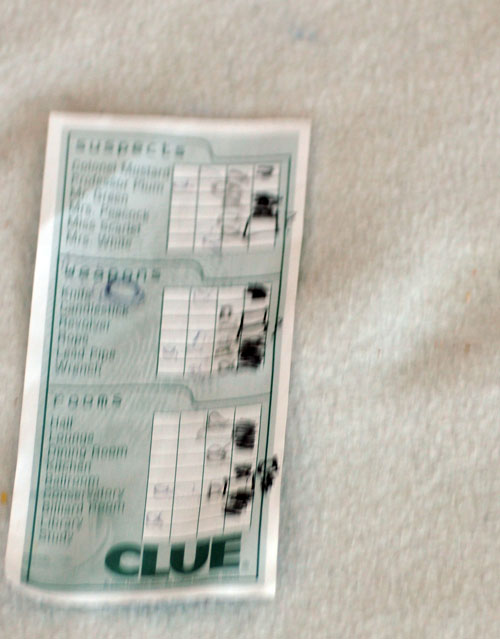 The little ones will be there soon enough, locked in their rooms, doing real homework. Nevertheless, tonight, they’re here, asking to play, so why not?

Snow Ice Cream Recipe
...
So, I Made You A Cake For Your Birthday
I...
What Picture Do You Make When You Talk?
M...
Industrious
M...
So I Made THAT Hot Pink Valentine Wreath
Y...
Lake Effect Snow
W...
Share on FacebookShare on Twitter
clean, Laugh, Life