Yes. I am sleep deprived, bloodshot eyes, and crazy tired. Struggling to find my new routine, and no, things are not yet settled yet. I don’t really want to talk about that — so I’ll just focus on these pictures we took, after the 45 minute car ride. The puppy’s first day at the lake.

What puppy, what lab puppy, wouldn’t miss the chance to go swimming? 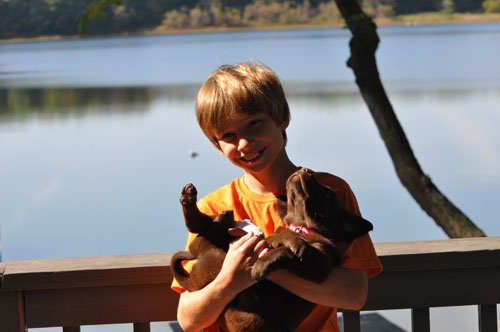 Meanwhile, the older brothers were texting me asking when we would be home. 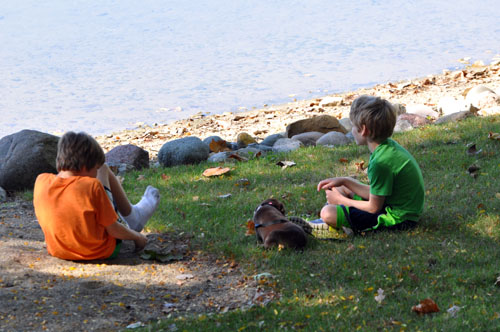 I had been sending them photos and videos all day long, so they wouldn’t miss anything. 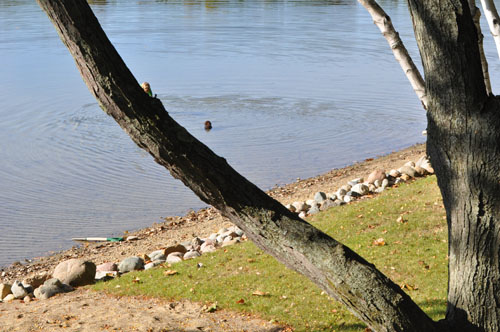 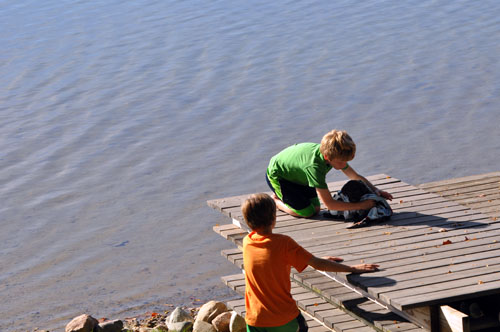 15 minutes away from starting the 3 hour car ride home.(Yes, we had more fussing and yelping infront of us!) I was fall cleaning, and dad was busy getting storm doors installed. 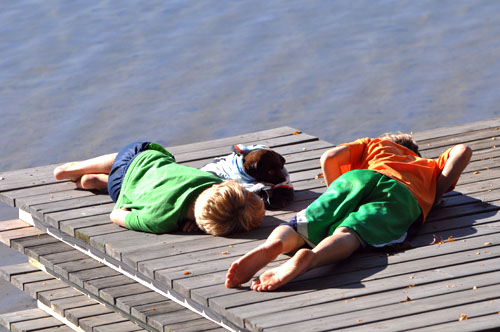 You see, they were anxious. They  had friends waiting for the puppy’s arrival. When we rolled in at 10:45 that night, the boys were waiting to hold her. (When I told Lovely Lydia about it, she simply said — just like cooking macaroni and cheese at 10:30 at night— that’s just what you do.)

I wanted to snap a picture of them, for their future wives, so they could see what great character these guys have. But, of course, I was busy, nesting, getting things ready for the puppy, fretting about how much sleep I wouldn’t be getting. (But, I did make a point to make sure their mothers knew…) 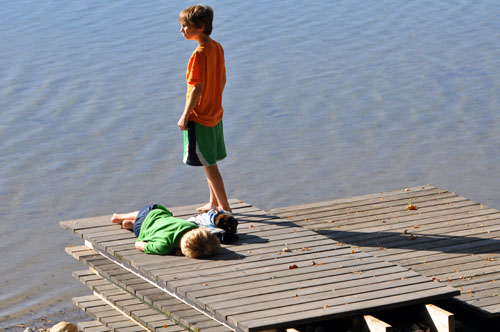 I tried to shove them all out the door, as most of them, including my sons, had to be up at 5 for sports — but they would have none of that. Finally, at 12:30 AM, they tore themselves away from the puppy and headed home… 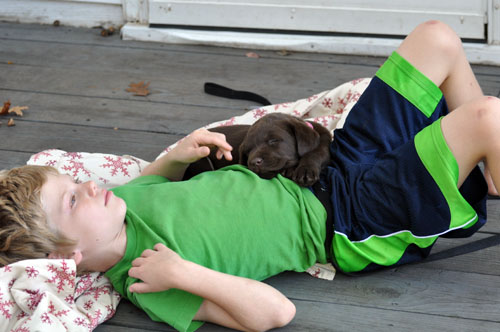 and then… the night of puppy duty all began…

May Mayhem
B...
We'll give you a deal if you buy two
...
The Boys In the Creek
...
The Truth About My Slalom Trials
T...
Make a Giant Photo Poster for Under $10
S...
They tell me it's snowing at the lake house
...
Share on FacebookShare on Twitter
clean, Laugh, Life, puppy, the lake house
3 comments to “Puppy’s First Day At The Lake”