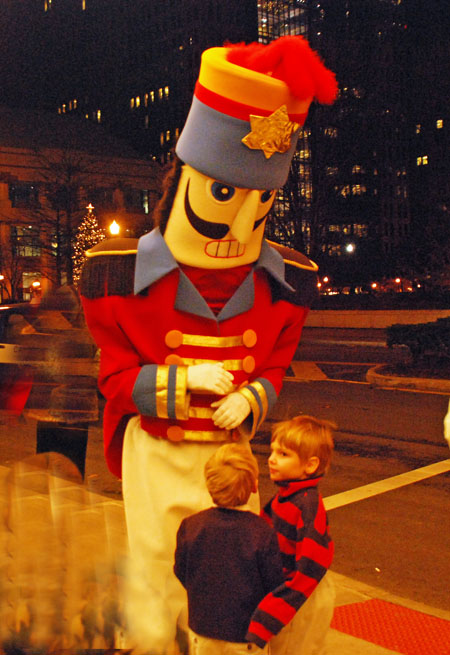 Throughout the entire performance of the Nutcracker Ballet they stood, their little hands and chins hanging on to the (thankfully) empty seat in front of them. They are small enough to stand, and still be lower than my head-level, so they didn’t block any views. We ditched our own tickets because our neighbor offered my husband their 4th row seat tickets, as their daughter’s performance was completed.Â  Those seats were sweet. (Just for a minute, imagine watching the girl next door, who once sold you lemonade from her stand, wrapped in a glittery costume, twirling across the stage — lots of talent. I think the role of Clara could be in her future.)

The only time our son stopped talking with his play-by-play of what was going to happen next, was when he had to catch his breath, or when he was completely transfixed by the costumes and the dancing-like-he’s-never-seen-before unfolding in front of him. As if he were my narrator, he let me know when they were dancing in the clock, and how the Sugar Plum Fairy was really Marie’s (Clara’s) Mom, and how the Rat King wasn’t really dead. My husband and I exhausted ourselves trying to shush him all night.

This was in direct contrast to our visit to the Nutcracker Ballet four years earlier with the boy’s older brothers. They were entertained, not enchanted, and relieved when it was over. 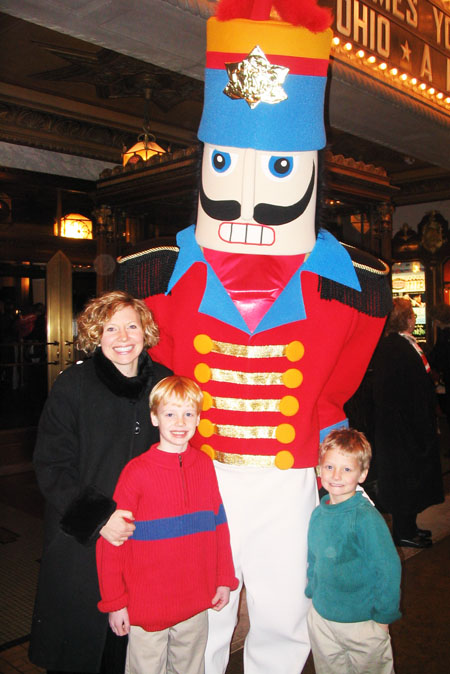 This time, our escorts were mesmerized.Â  Still, everything has its limits. At one point my son paused and said, “You know Mom, they’re stretching these scenes out too long.Â  This is just one part, and they’re making it into two.Â  They dance waaaay too much in this.”

As we were leaving, he asked if we could come back tomorrow night. 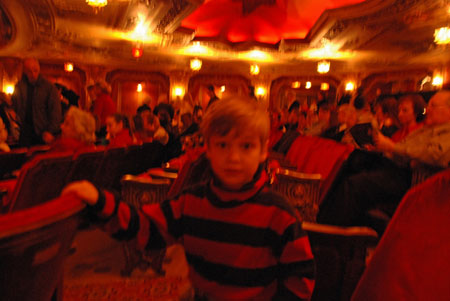 I would love to turn back the clock and re-live the magic of the that night with him.

The All-Nighter
Y...
It's Finals Week At College
S...
How A Bright Little Eclipse Passed Right Through Our Car
T...
Creating a Family Photo Wall: The Point of All That Clutter
T...
NYC When You Still Have So Much To Do...
I...
And, then there was this toad
...
Share on FacebookShare on Twitter
clean, Laugh, Life, memories
7 comments to “Overheard at the Ballet”