We started our search at the barbershop, where I managed to squeeze four boys into the cue before the lunch crowd hit. There were some grumpy old men sitting in those chairs while they waited for one boy, then another… and then… well, you can imagine. “Never before have I had to wait so long to get a daggone haircut,” one said. “I kept my head buried in a magazine.”

Next, we stopped off at my favorite kid restaurant while my 13-year-old ate a plate of meatball sliders (must try this recipe at home); the other kids ate pizza, while I had the goat cheese bruschetta with the chopped salad. The kids were so content, I almost ordered a glass of wine; but settled on tea. The bags were, unfortunately, not silk.

Next, I pulled out GPS (didn’t feel like getting lost) and punched in the address for a pumpkin patch I found, on the internet, far outside of town. My 13-year-old asked, “does it have a corn maze?” I said, “Yes.” He SMILED and silently said, “yesssss.” From that point, with that single yes uttered from the mouth of a 13 year old, I felt as if I had just been handled a box from Tiffany’s. Life is good.

The drive to the pumpkin patch was far entertaining that we anticipated. First, there was one large cement Holstein cow on a lawn; followed by another house with two more cement Holstein cows; these were placed directly on the cement walk leading up to the house. One can only wonder about the placement of those two cows. The people living there must not get too much company. Or does everyone just come in through the back? Anywho, I love this style of country living… the kind of house where the front door is sealed shut, 12 months out of the year, “to keep the cold out.” I’ve spent many an afternoon as a kid playing Twister in a house just like that.

When we finally pulled into the pumpkin patch, I felt even more joy when I saw a zip line dangling high from the sky. “Something for every age group.”

We paid our $35 admission price – I know – right out in the middle of nowhere — and proceeded to the barn to play in the hay slides, 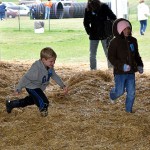 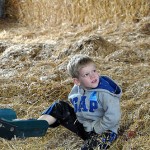 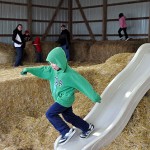 Jumped on the giant pumpkin 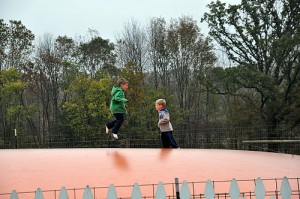 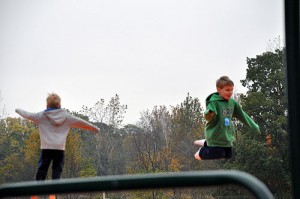 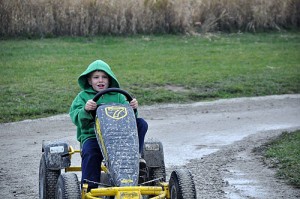 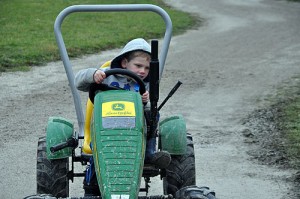 And even I went 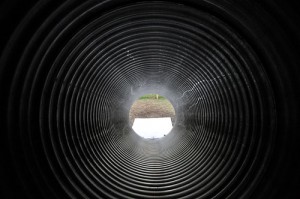 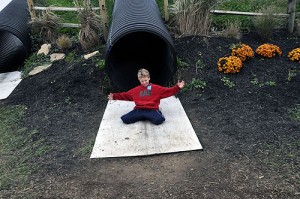 And then headed to the corn maze. 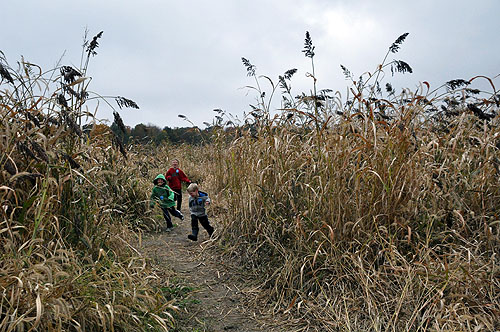 Now, the corn maze was interesting.

The corn didn’t “do that well,” so the maze was primarily made from prairie grass – which was trampled in several spots. I lost the boys several times; I decided to just wait at the exit for them all to come out; but the little boys would hear nothing of that — they drug me in. Somehow, amazingly, we all found each other at the end. 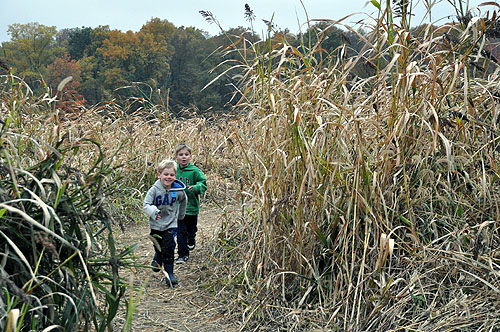 On the way home, we joked that they could have saved themselves the trouble and just made the corn maze out of soybeans. 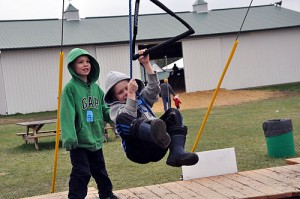 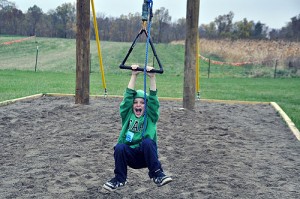 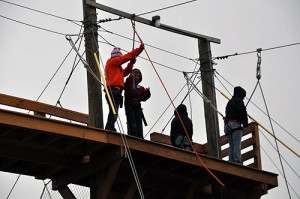 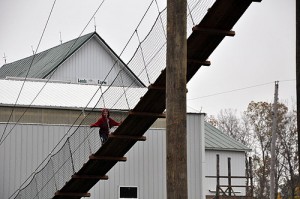 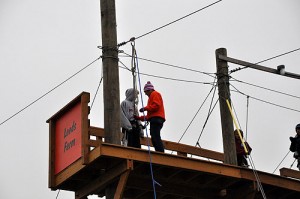 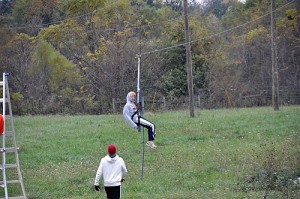 And it was so cold I felt like it was going to start snowing any minute. 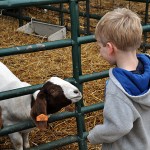 We went inside of the barn to stay warm, with the animals, but it was still freezing. 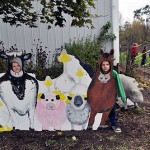 Finally, we went to the pumpkin area to pick out our pumpkins… but I stopped. If my blood wasn’t cold before, now it was freezing. The pumpkins were tagged with a number… 25, 50, 35, 12… “What were these stickers for I asked?”

That was the price… in dollars.

And this was after our $35 admission fee.

We settled for a beautiful large squash, priced at $7, 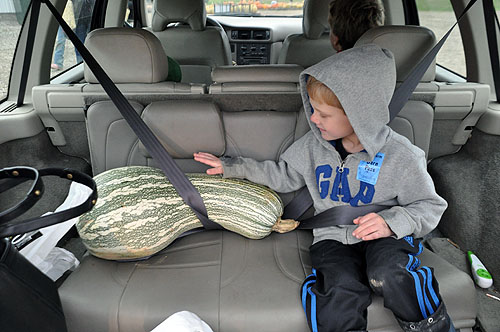 and took him home. 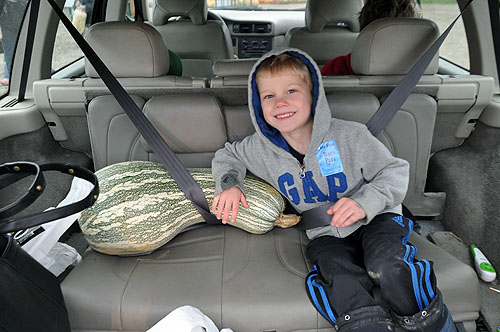 Our search for pumpkins will probably lead us to Krogers – where we can find them for about $3.00, each.

And then, after that, we stopped at Macy’s (yes… with all four boys) to buy some new clothes for my 13-year-old, and we ended up down on our knees cleaning the straw up off the floor in the dressing room… but that’s another story.

Puzzles my Mom Left Behind
I...
We'll Fish All Day... 'Till The Sun Goes Down
T...
The Bat, and Batman
H...
Last Year My Garden Was Much Smaller
M...
Snowbound
...
Last Minute DIY Christmas Gifts: There's Still Time!
Â...
clean, holidays, memories
One comment to “Our Search For the Great Pumpkin Continues”