Within 15 minutes of our arrival, Fun Size dropped four quarters on the counter, and said, “These are mine.  I just got paid.”

So this is how the stories have been rolling since we arrived at the lake, less than 24 hours ago. 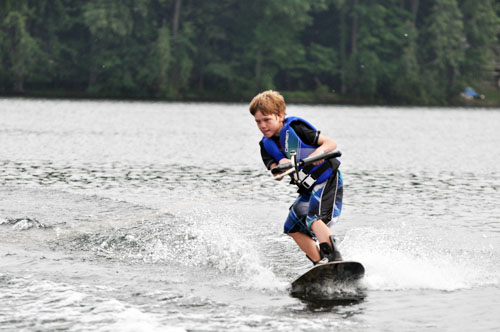 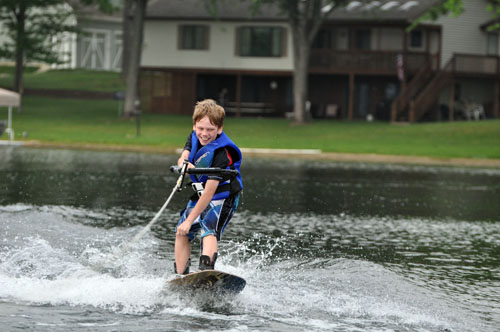 I took my oldest to his interview for his internship — and he’s heading out on a video shoot for a golf outing on Wednesday– no photos.

We took friends with us, and while they were out tubing, 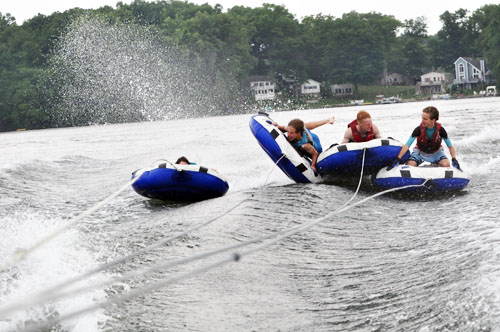 the neighbors were having a fire, that they didn’t seem too worried about, 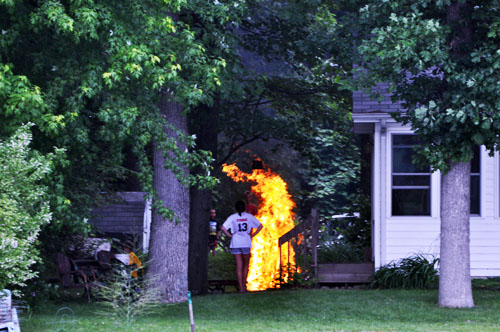 While a deer stood by and watched… 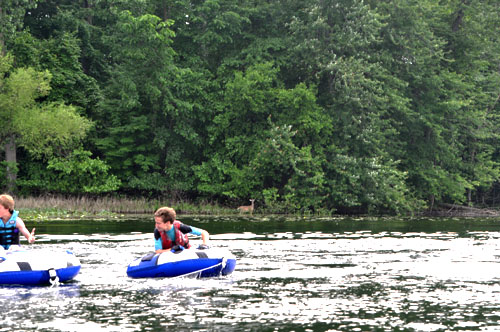 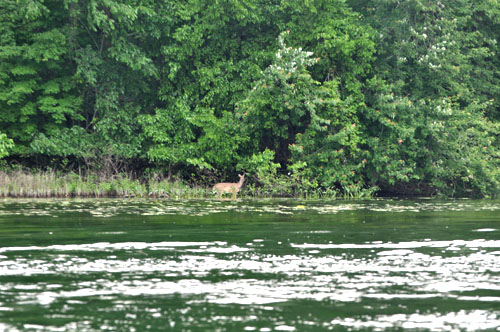 Charlie was there too — but — no time for a picture.

I learned that something ate my entire crop of beets, kale, swiss chard, peas, carrots, and pulled the onions out of the ground and just let them lay.

The black raspberry bushes are loaded… still too green to eat.

Then, I saw how Fun Size was earning his quarters… 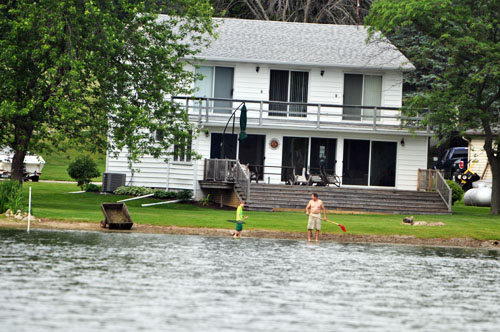 In the neighbor’s yard, there was a group of wild turkeys…but no picture.

And the turtles are looking for a place to lay some eggs — and it looks like it could be here, 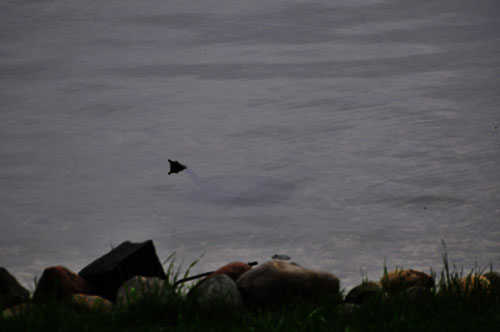 look closely, and you will see the turtles body, under the water, with his head, poking up out of the water.

right in front of our house, in the sand… 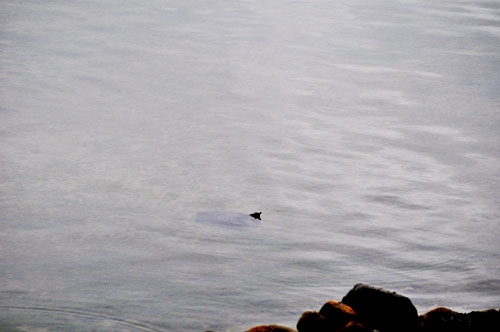 but Fun Size says, “We are too noisy,” and he’s very upset with all of us.

And the “friends” blew up the water trampoline in no time, and have been bouncing on it… but no time for pictures. And, it’s been raining non stop. You would think, with the weather we’ve been having, that it would be a boring, uneventful day, but that’s far from the case (and there is the story about us all getting stranded)… but I have to run now, because my long, lost friend from Steamboat just walked into my kitchen… and it’s been a year since I’ve seen her!

I've Learned It's Best To Just Say Hmmmm
"...
The Pretty Spring Centerpiece You Already Have
...
To my lake neighbors not present
M...
An ancient apple orchard
W...
When We Canoed Under that Tree
T...
Why yes, I did end up with eggs all over my kitchen
N...
Share on FacebookShare on Twitter
clean, Laugh, Life, the lake house
One comment to “Only The Photos I’ve Had Time To Take”