It started with one big dream, born many months ago, during the cold of winter. 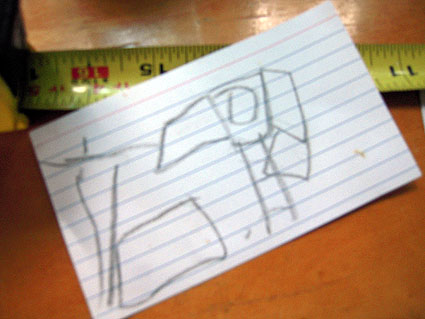 A list was hammered out. Some dream items were deleted.

On Monday, there was the big run to the hardware store for supplies… and then again, on Tuesday, and again on Wednesday.

There were a few delays. Including, catching a friend, 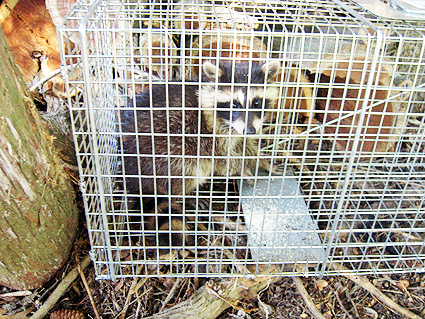 who is now living in a tree nearby. 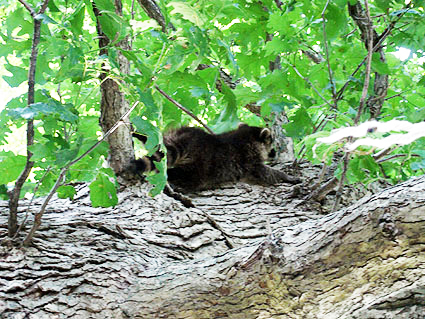 (Don’t even ask me about his mother…) 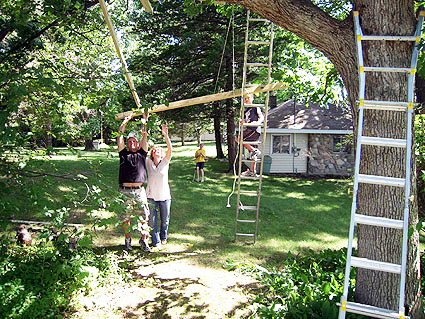 That first beam, was the toughest one to install. We had to make a pulley to lift it up. (Using, what else? A tubing rope.)

And yes, if you must know, this was exactly the moment that four out of the six of us decided that the tree house was a very bad idea, and it was time to quit. 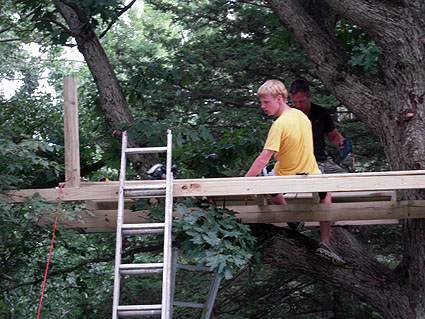 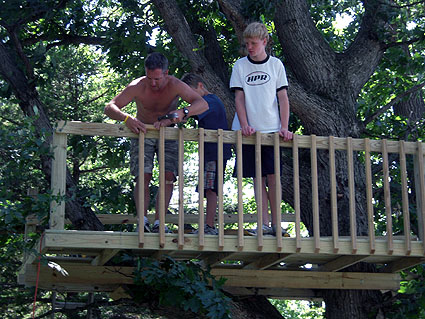 Soon, the tree house began to make its appearance. 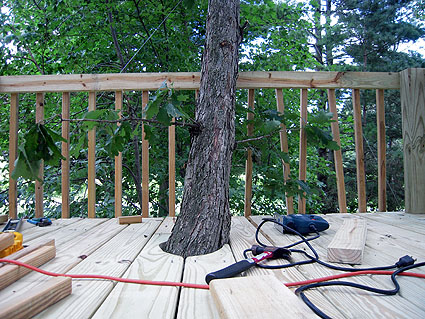 A jigsaw was used to cut around the branches of the tree. 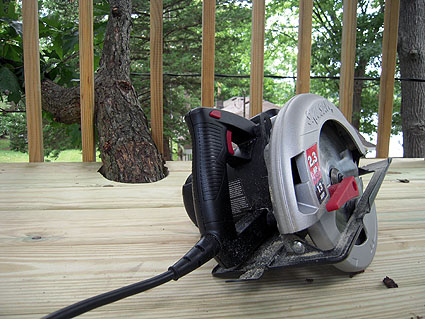 He started on Monday, and this is the progress by Thursday. 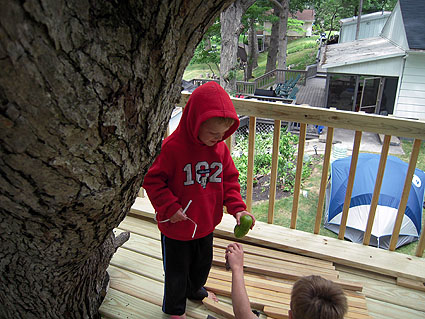 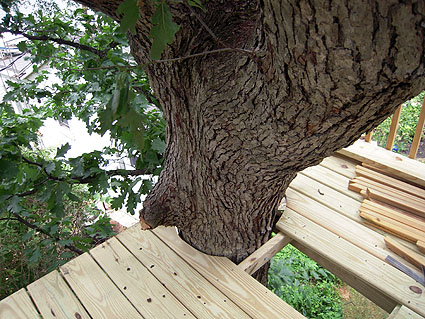 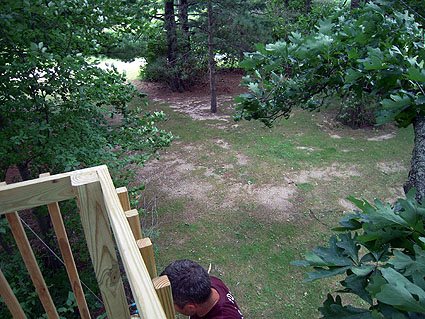 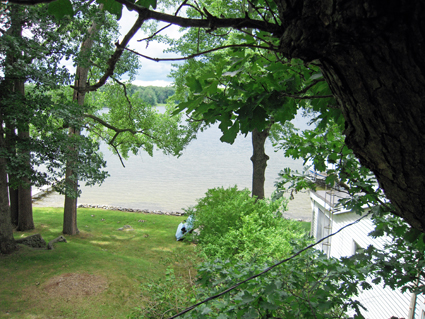 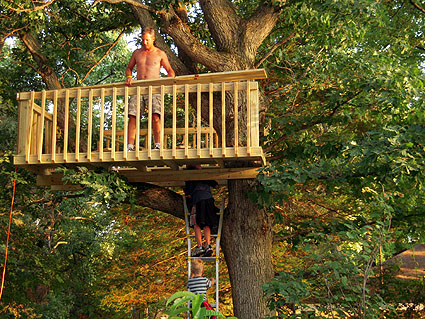 The Bubble Wrap Theory
I...
Burlap's Opposite Attraction
B...
Coughing at Nighttime: Thyme, Cinnamon, Lavender and Eucalyptus
T...
This Quick Bread/ToastActually Helps You Loose Weight - and It's Delicious
T...
Cold
T...
Remebering You as A Superhero
...
Share on FacebookShare on Twitter
clean, Life, the lake house, Try This
10 comments to “Less than One Week Later, A Tree House Showed Up”