More times than I can remember, I have found myself honestly saying, “It’s aÂ good thing I blew my knee out, because then, I would never…” My latest revelation came when the surgeon explained that he found a large amount of arthritisÂ in my knee – from some kind of trauma. He scrapped the arthritisÂ out – which is a good thing — but that procedure has added a bit of healing time to my recovery.

I had no idea.

But the trauma? It was then I remembered the cast I wore as a two-year-old, when I was pushed too hard on a tricycle and went down a hill with my shin bone caught in the spokes as I flew off the bike.

But was it really my left leg? Could it be that this skiing injury gave me a chance to at least become aware of a few yoga poses I should not be doing (yes… there are some that contribute to trauma and need to be modified)? Â And now, the arthritisÂ is all cleared up — for now?

So, I searched the archived photos to find that picture of me perched upon the white vinyl ottoman, wearing one black MaryJane. There was relief of seeing that, yes, the same leg was broken all those years ago. 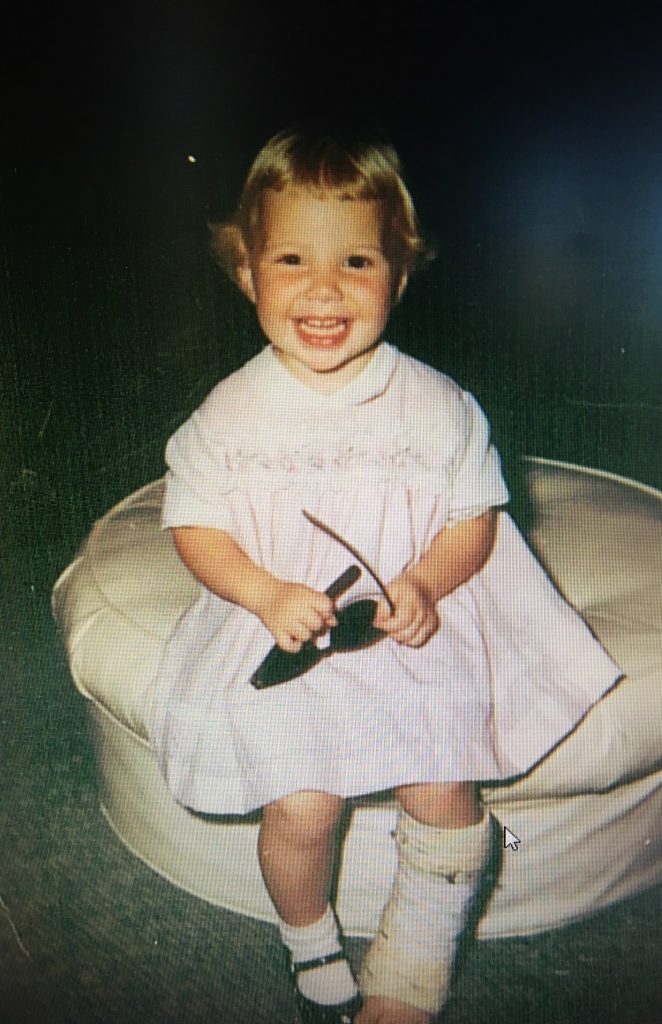 And then, I thought how fortunate I was to have injured the very same leg — because, now it’s all fixed up.

Tourist Attractions We Missed
W...
When We Canoed Under that Tree
T...
Six Miles
W...
One Kentucky Derby Party
O...
Making Soda At Half The Calories: Soda Water
T...
Shrub: Think of it as the Healthy Vintage Soda
I...
Share on FacebookShare on Twitter
Laugh, Life
One comment to “Lucky Me, I tore my ACL/MCL”