Our team made it to the final championship game — knocking down all of the competitive teams like they were dominoes on every Saturday since January. Now we faced our rival. A team that had also knocked down the same teams — and we had yet to have our own face off. Halfway through the game, I started to wonder how in the world we ever made it this far — because this team… our rival … was giving us a run for our money like we had never seen.

In agony, I was torn between cheering for the team, and wanting to run out and pull those boys off the court to spare them the humiliation, the pain. The mom beside me put her head in her hands, and I said… “I’ll make a deal with you… if you take my son home, I’ll take yours.” 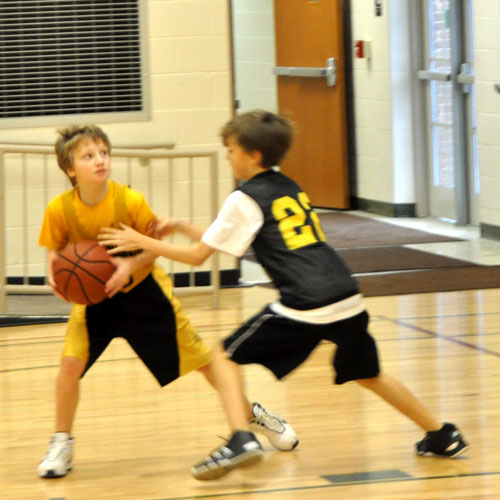 We laughed. The scars from this game would be deep and rough. I hung around the school gym as long as I could just waiting for some of the anger to cool off… a bit worried about loading the boys in the car. I would have to have three boys across in the back — including the wounded one. One brother was already chanting, “My prediction was right… he lost!” God help me get these kids home safely. The drive home was barely 8 minutes long, but with all the screaming and hitting going on in the backseat, it felt more like a 3-hour drive to the lake.

Once we got home, there was the threat of “throwing away the trophy,” which was simply a plaque. I was merely grateful that the winning team got plaques too… can you imagine them getting trophies so big that they had to stick them out the car window just to get them home?

Big City and Small-Time Lake Fireworks
T...
And We Got Candy and a Frog
W...
The Irrationality of Motherhood
...
Do You Know What Exquisite Means?
O...
Just an innocent little cat call
...
I Don't Think That Needle of Time Has Moved an Inch
I...
Share on FacebookShare on Twitter
clean, Laugh