Our senior rarely spends time with us. He’s too busy to play games, watch movies – and TV  is out of the question. Homework, crew practice and guitar playing ranks higher on his list. Until the Olympics. 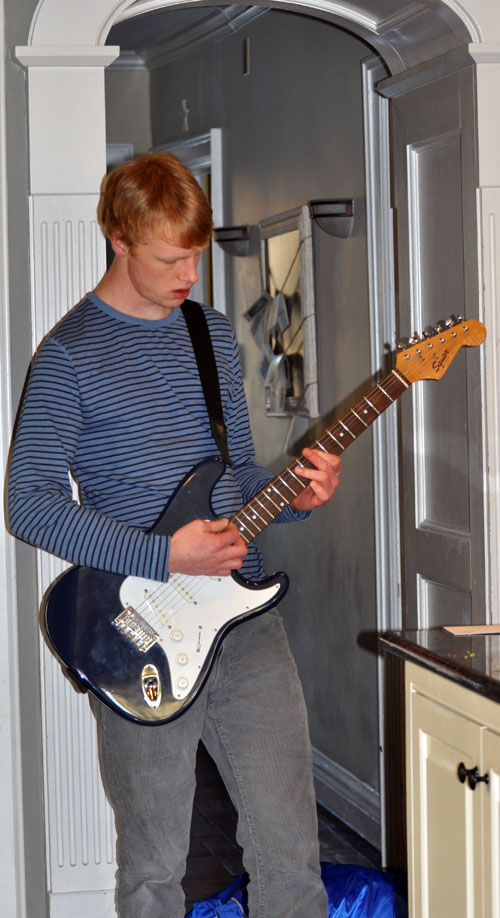 On Sunday, he did a first — he actually brought his school books downstairs to the kitchen, after lunch, to work while he watched the Olympics.

I was planning on tackling a stack of photos to be inserted into albums. Instead, I decided to fix him a snack. I ended up standing there all day, feeding his bottomless belly. Here’s what he ate:

Brunch was a stack of non-nutritious pancakes, covered in strawberry chia jam. 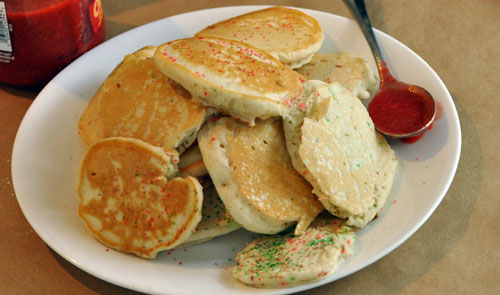 I scooped out a round of sourdough bread, (already in the freezer) and added a mixture of cream cheese, pizza sauce, mozzarella cheese. 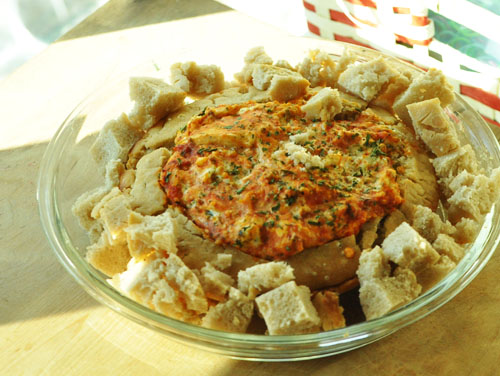 Hmmmm… I thought. It’s really nice having him in the kitchen, talking to him — how can I keep him here longer, and what can I do since I’m just standing here.

So I went to work:

Farmer’s Market Tomato Soup — this was incredible and loved by both of us. (” Mom, what is that distinct flavor?” It’s red wine…)

I made a batch of shortbread cookies — reserving them to put in the boy’s lunches this week. He ate those — until I snatched them away and stored them.

Meanwhile, he was perfectly content to drag out his meal as he watched the “recorded files” of Olympics.

He scavenged for more food.

Banana bread — also had to snatch that one away, so I’d have some for their lunches!

And, he was still eating. I watched him simply finish one food, and less than ten minutes later, he was back up taking more food.

Dinner: Roasted chicken, smothered in preserved lemons. (I could barely stop from eating the lemons…)

Pho — Vietnamese Soup recipe I had been wanting to try. Not so good, btw.

He would have ate more food, if I had made it. But one thing: I was glad he was hungry… it gave me some reason to stay in the kitchen to talk with him all day long.

No photos were inserted into the albums, and I was a bit exhausted from standing there cooking and cleaning up after myself most of the day. But, it was a day well spent. I hope the Olympics will not be over anytime soon.

City Sidewalks
T...
Insomnia: How to get to sleep and make your dreams come true
I...
The Shinny Rocket Valentine Box
"...
The Shadow Who Is About To Shine
S...
They tell me it's snowing at the lake house
...
Imitating Susie Kate
Y...
Share on FacebookShare on Twitter
clean, Eat, Laugh, Life