This year’s family annual Pumpkin Patch trek happenend at bit earlier this year. The DiscoveringOhio blog sent me out to ferret out the best of the best pumpkin patches in advance, so that you could know where to go. Â Lehner’s Pumpkin FarmÂ  made the top of the list. (Friend them on FB here.) These orange orbs have been gracing my front porch for several weeks now, and I couldn’t be more proud to hanve them. 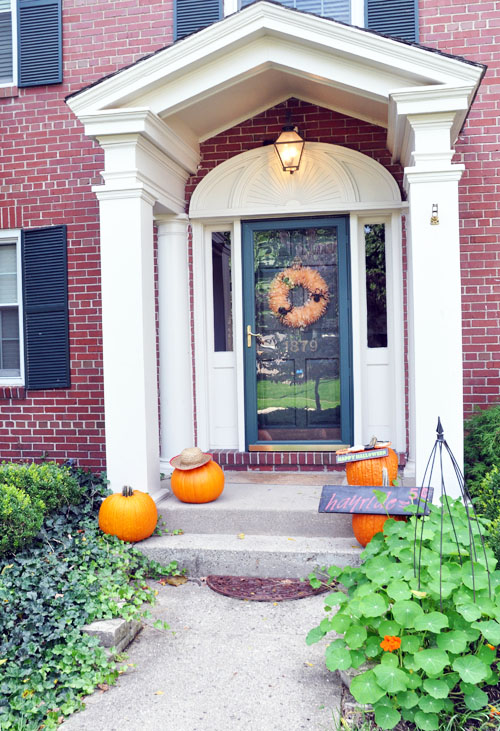 There isn’t a day that goes by that I dream of roasting their seeds…but not just yet. And now, you see the source of all of my nasturtium salads...

Finding a pumpkin to grace your front porch this fall will be no small Â magic feat this year, as we again have a shortage of pumpkins. When the weather is hot, like it was this summer, the bees stop pollinating and go inside of the hive to…. are you ready for this? “To fan the queen….” I kid you not. If you don’t believe me, just ask Steve Lehner, the owner of this fabulous farm. 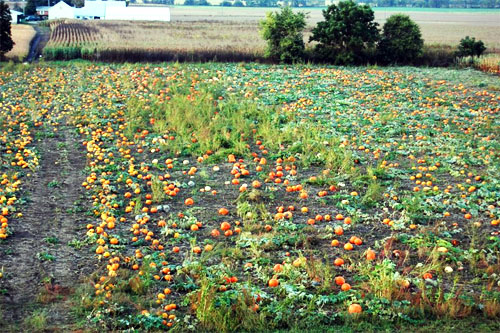 Lehner’s sits far enough out of the city so that you can’t hear the highway, or the airplanes. A windmill stands quiet and majestic at the back of the property, beckoning older days, when the victorian red-brick farmhouse was originally built. 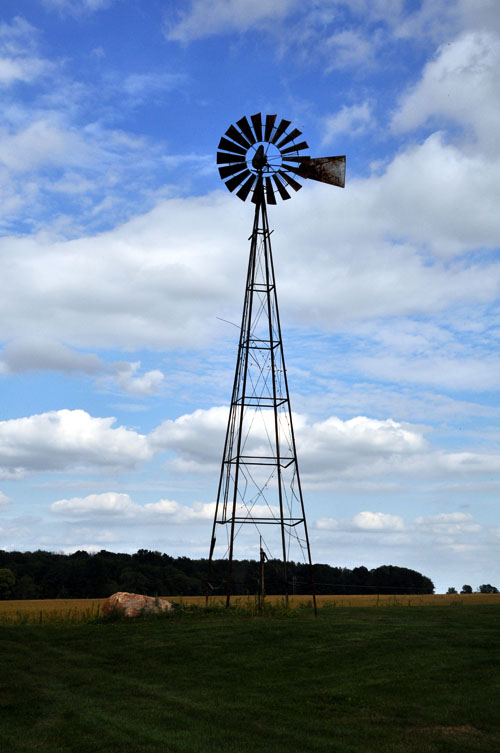 The house stood empty for decades, and was carefully restored by Steve, his family and friends. When they rescued the house, there were squirrels, gophers and bats living inside, and you could stand in the living room, and look up at the stars. As I stood inside it’s cozy rooms, I found it hard to believe that could be true — so Steve showed me pictures. He is one brave man.

With ooddles of fatherly pride, Steve shared with me the story of the magic seeds that started the 50-acre pumpkin patch. Seventeen years ago, Steve’s son, Shawn, then in middle school, asked his father for a patch of his 185 acres of farm land, to plant 10 pumpkin seeds for a 4-H project.

Those 10 seeds produced 100 pumpkins! Shawn loaded those 100 pumpkins on a wagon, and sold them all in one weekend. He took home the “largest pumpkin” award for several years from the fair. His “experiment” proved so successful, that he expanded the number of seeds to create what is now the 50-acre pumpkin patch. Eventually, he gained the attention of The Ohio State University, which offered him a scholarship to study Business and Agriculture. Steve was so busy farming, he didn’t even attend the OSU graduation ceremony to collect his diploma. Check out the full story about this pumpkin patch at DiscoveringOhio, here.

Giant Sized Peat Pots for Stronger Seedlings
O...
All That Were Left
I...
Plenty of Room At The Inn
A...
Students: Show Me How You Will Change Lives
L...
Saving Christmas! 13 Alternatives to toxic toys
N...
Gifts Of The Morning
...
Share on FacebookShare on Twitter
holidays, Life, travel