When I arrived home for my son’s surgery, I spotted an abundant kale bed, fringed with vibrant green New Zealand spinach in my neglected home garden. The sage was overflowing, and the oregano was just at the peak before going to seed. I neglected the garden again for four days – much more important babies inside to take care of and figured the intense heat and lack of rain would take eliminate the leaves for me and I wouldn’t have to deal with them. 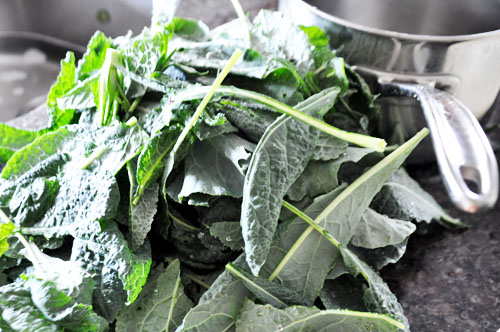 Yet, everyday that bright kale greeted me, undaunted by the heat. Then, I would say to myself, in my insomnia-stressed state, “I really should be making a shake out of that,” but didn’t.

Finally, I gave in and set out to rescue the greens. There was no way I could drink it all, no matter how much I stuffed into my immersion blender. So, I Googled, “How to freeze greens.” There were the familiar steps of blanching; cold-water bath and then storing in zip lock bags. Yet, somehow, the idea of putting soggy, goopy blanched frozen kale into my morning shake (even with the blackberries) did not appeal to me.

So, I dehydrated the greens. Why I didn’t think of this before, because it is so simple, fast, and easy, I don’t know. But it’s perfect. Takes up less space, requires no freezing, and all the nutrients are intact – and not soggy. This powder tastes great, and can easily be dropped into soups, shakes and salads. Now, I have jars of that expensive green powder they sell at health food stores in my pantry. I kept the oregano separate from the sage, but I put the kale and spinach together and called it “greens.” From there, I pulverized the powder with my food processor to make a “stealth” powder. 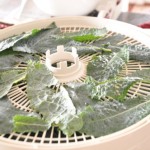 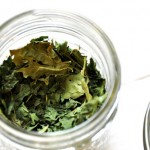 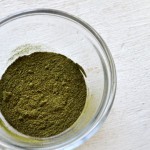 Wash the greens first, just like you would do as you were cooking them. On Google I learned all kinds of ways to dehydrate food. Some people put them in their hot car! Could work. But dehydrators are cheap, and does it fast. Others use an oven at 150 degrees on screens. Each batch of greens took about an hour to create crispy – and quite tasty leaves. Amazing, to me, how that big bunch of greens dried up into this small little amount. I also learned the zucchini; carrots and beets also do quite well dehydrated… so this might be a new option for me. Of course, there are always tomatoes, which I do in the years when I am blessed with tomatoes. (This might be one of them.)

So, all of you Deceptively Delicious fans, trying to get more veggies in your kids food by doing all that prep work of cooking and pureeing the veggies, might want to consider dehydrating instead. Now, the kids will never know what hit them when I sprinkle some of these greens into their food.

Help! I Can't Keep my Houseplants Alive!
...
How I Finally Got Rid of Pantry Moths!
U...
Busy Making Bread
U...
I Can Hardly Wait For Summer, So I Can Have Green Tomatoes
T...
Make Your Own Baked Chips
I...
We Could Have Been Eating Fresh Kale
I...
Gardening, Try This
5 comments to “No Soggy Greens: Pulverize Them”