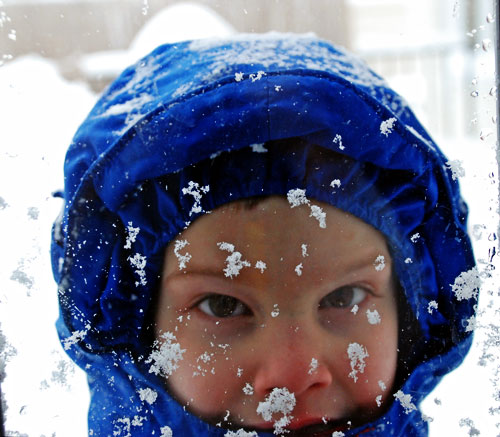 Finally, at 9:30 P.M., the superintendent did call school off for the day. I needed one last good snow day. A day of no rushing; a day of no pushing everyone out of the door, and of no nagging about homework papers done and undone. Today, we’ll be playing in the snow. 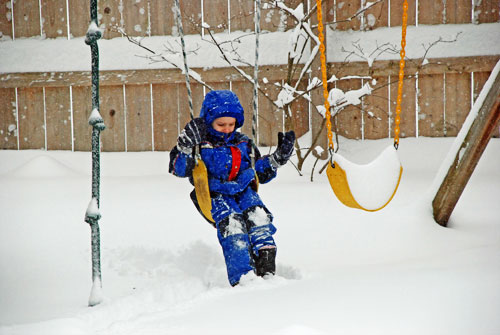 The snow did start Friday at 9:30 A.M. in steady, heavy sheets, as if it were rain. While other schools around the city were announcing “early dismissals,” We were braving the elements just to get my half-day kindergartner to school by noon.

I would have kept him home, but he had a “speech” that day and an “open house.” Plus, his brothers were already there. I had visions of the middle school students chanting through the school, “SNOW DAY.” But, later, he said, they did no such thing. My children are sometimes much more civilized than me. 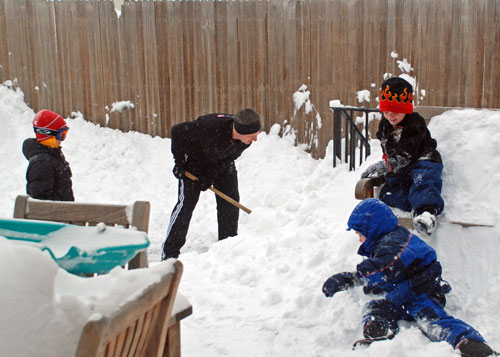 This is not a rural area like the other schools that closed, so yes snowplows can get through (although they didn’t), but most of the kids around here walk to school. The storm made it difficult to see, as the wind beat the snow on your face. Still, the kids survived, no casualties, no accidents, and I did make it to a complete stop, as my car slipped out of control at stop signs, just missing the car in front of me… twice… on the drive to school.

Still, it was a surreal feeling to walk up to the school, barely able to see the door because of all the “white-outs” and everyone just humming through the day as if nothing was out of the ordinary.

As the school day wore on, there was rumors of canceling all the after-school activities, his basketball game, and the SAC kids got worried there would be no after-school day care, so an announcement was made that everyone would be “taken care of.”

As the end of day bell rang, I lost track of my third grader in the mad rush in the hallways, my husband took the four-year-old, (there for the open house and speech) and I took the kindergartner. My third-grader just kept walking until he reached home. He called me, as I was still sitting in traffic at the school, two blocks away. (Listening to Mma Ramotswe.) Ditto for the middle schooler. 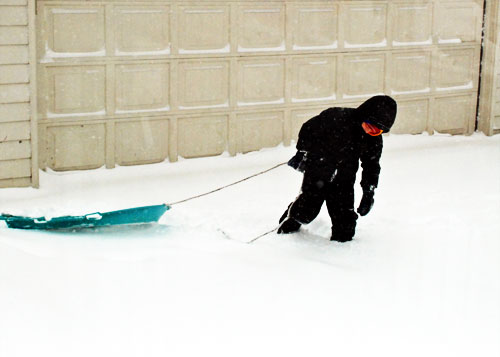 Church was canceled, due to an “overwhelming amount of snow angels.” As Daylight Savings Time ate so much of our day, and as I pulled the kids inside from all the fun they were having playing in the snow, I was sad to see it all that snow sitting outside just go to waste. With our new snow day, we’ll use the time to build forts to be, throw snowballs and sled down the hills — or as long as the little ones last.

Easter is just around the corner. I wonder it if will be cold enough to roast peeps?
Best Shot Monday

This Just In
F...
One Wet Towel
W...
Ski School Did Not Prepare Me For This
M...
Stars Don't Stand Still
S...
Can you believe "the talk" subject has two names?
I...
I wonder if I'm really getting through
I...
Share on FacebookShare on Twitter
best shot, Laugh, Life, memories, news
17 comments to “Correction: There is a Snow Day To Show For It”