The alarm sounded at 5:30 a.m., and my husband was soon pouring powder into his water bottles with the precision an alchemist uses to turn metal into gold.Â  Before the sun broke the sky, he was pedaling down the driveway and down the road to meet some of the 1,700 volunteers to begin his check-in with the other 2,200 riders for the180-mile, 2-day ride. 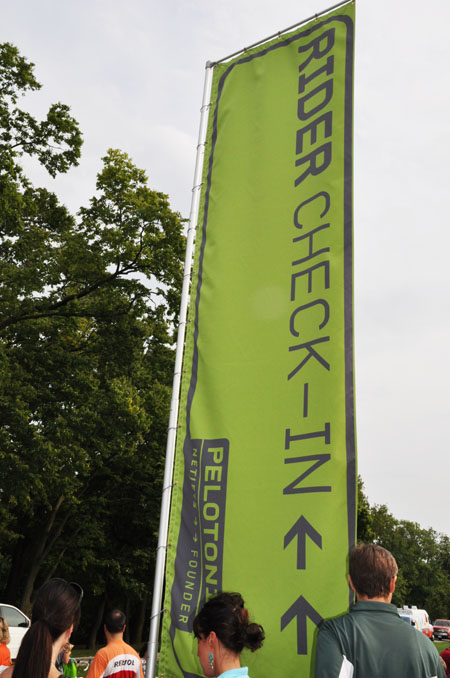 We had thought the highlight of the event was listening to Gordon Gee’s Top Ten Questions for Lance Armstrong, including, “Where can I find one of those flapper things to put on the spokes of my bike?” and “Does road rash hurt, and can we give it to USC on September 12?” but there was still more to come. 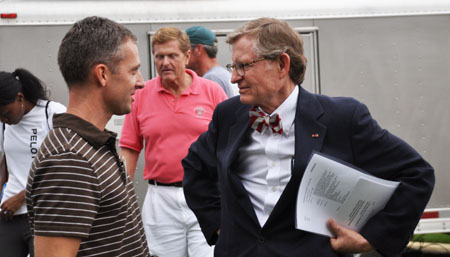 My husband’s admiration for the 7-time Tour De France Champion, cancer survivor, Lance Armstrong is as tight as the spokes welded into the wheels that spin around his bike. While Dave pedaled down the route, he felt a chill tingle down his spine when he heard the sirens of a police escort — he looked behind him, and there was the man… distinguishing looking in the classic Livestrong black and yellow, while a swarm of cyclists, his peloton, peddled around him. A quick glance around showed that the swarm of spectators had changed: these people carried a different kind of signage that clearly stated, “Lance! I want to marry you!” rather than the traditional “Go go go” andÂ  “Thank you” signs that usually dot the course.

Dave and his cycling buddy (and Ironman partner) Sean pedaled strong enough to ride in Lance’s peloton, with Lance in front. Over the next 20 miles Dave and Sean worked their way to the front of the pack. Both Dave and Sean were on opposite sides of Lance and talked to the man. (And to answer your question, Matthew McConaughey was not in town, and “everybody had already asked him that today.”) 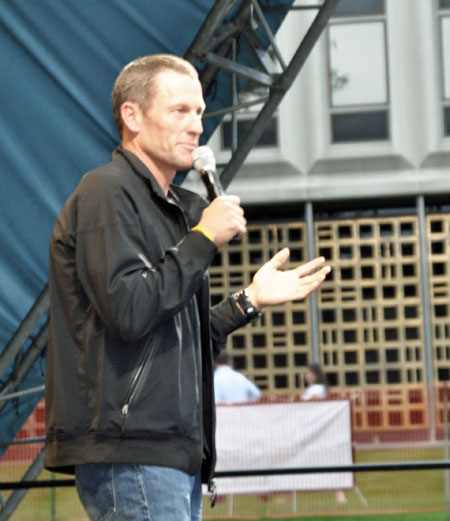 Sean decided to give Lance a courtesy pull at the 26 mph pace, while Dave gave Lance his heartfelt thanks for joining the riders with this fundraising event for cancer. (Pulling means, “blocking the wind” to make it easier for the riders to draft behind.) For the first 40 miles, Dave and Sean were able to keep pace with the peloton, but eventually, the pace became too hard to hold. Lance eventually pulled away with a smaller group of riders, while Dave and Sean pulled off the pack at 40 miles for a much-needed breather, as keeping pace with the world-class cyclist did take its toll. Just to put that pace in perspective, Dave and Sean finished the 100 miles (the first day’s mileage) in an impressive 5 hours; Lance finished in just under 4 hours and was 15 minutes ahead of any other riders. At the day’s finish, Lance was with about 8 riders until they approached the last big hill at the 56-mile mark until Lance pulled forward and left everyone in the dust. 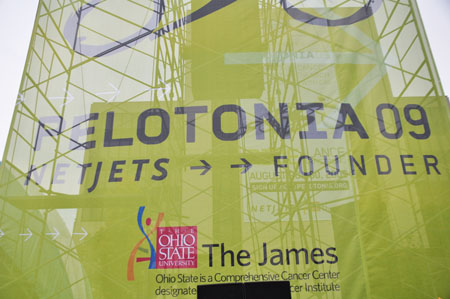 From there, Dave and Sean moved on to their next adventure: spending the night in the dorms, before the alarm went off at 5:15 for the next day’s ride. 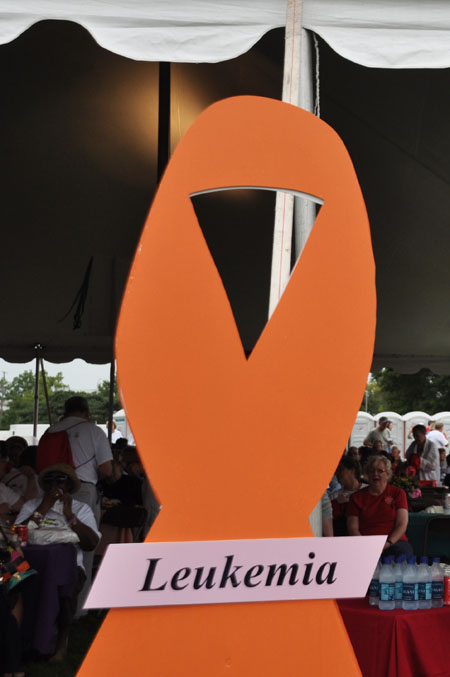 Dave says it’s easier to ride the distance, knowing he’s on his way to bringing $4,000 to the fight against Leukemia, while the Peolotonia brings in $4 million to end cancer.

Thank you to my friends who surprised Dave with a donation… for some of you, this was the first I knew you even read this blog. Thanks again.

Making Pastilles, or scented stones
I...
The Luxuries of a Recession
H...
Friday Night At the Lake
...
How A Bright Little Eclipse Passed Right Through Our Car
T...
And The Sky Dropped Ice
T...
Waiting on the Fort
T...
Share on FacebookShare on Twitter
Laugh, Life, races