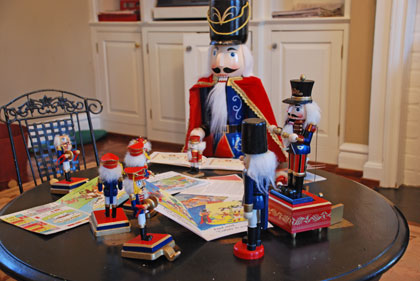 The minute I say, “Have you done your reading yet today?” I have instantly switched off that creative spark that makes him crave to read those encoded messages on the page, and turned reading into a chore. He will do whatever his little, yet powerful mind, sets itself too.

Yet, reading practice is critical at this tender stage of level 2-3. The next big leap, level 4, is a big one, his teacher says. He’s ready, she says, as long as his level of interests stays high. Or, as long as it stays his idea.

I’ve learned from educators that the best way to push your child to a higher reading level is to let them practice at the level they’ve currently mastered. You would think that it makes more sense to push the “higher” levels, believing that you are challenging them. That was the mistake I made with my first son — it was a brief, frustrating period for both of us.

This time, I pulled piles of level 2 and 3 books into our library bag. Once I had them home, I set them into a tray by the nutcrackers and said, “Nutcrackers need story-time.” 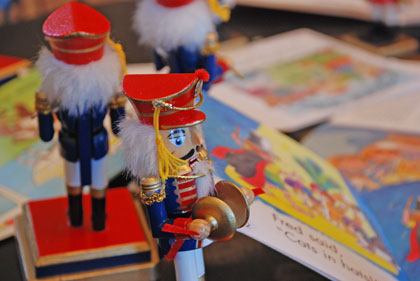 The Nutcrackers. This too, is a story within itself. Before Christmas, he was mesmerized with the nutcracker picture book and its fanciful pictures, the story CD that we played each night at bedtime, the nutcracker advent calender that told one line of the story each night. With the opened box of decorations, nutcrackers filled our house: nutcracker place-cards from last Christmas, nutcrackers as gifts from Christmases years before, and ornaments. Just ask him, and this kindergartner will tell you the whole story of The Nutcracker Prince, its subplots and main characters.

Instead of toy soldiers and green army men, we have nutcrackers as toys. Some would say they’re too pretty and special to be played with like toys. I might add, they are not designed for play either… arms easily break off, 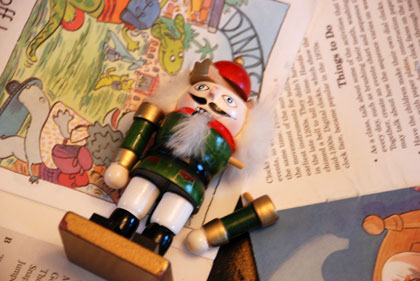 heads fall off, but this doesn’t seem to bother him. Nor me. If they weren’t here reading all these stories, they’d be piled into a box somewhere, unloved and forgotten. I’m happy to see them get some use, other than collecting dust. 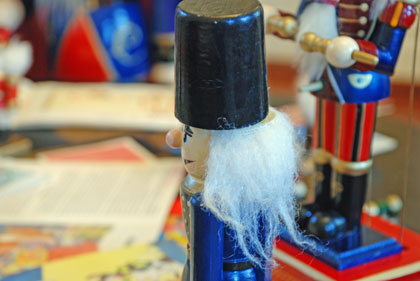 He fully expected to receive a “full-sized Buzz Lightyear” for Christmas, because “Santa can make anything.” His kindergarten teacher even pulled me aside once, and said, “I’m just giving you a heads up… he’s REALLY going to be disappointed Christmas morning if there is no live-sized Buzz.”

No, he didn’t receive life-sized Buzz. But, he did receive this full-sized Nutcracker from a kind nephew and niece instead. 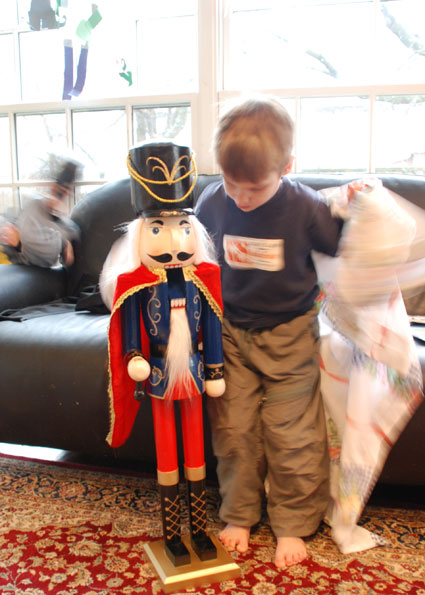 So now, we have story-time for the Nutcrackers, while he quietly moves on to Level 4. 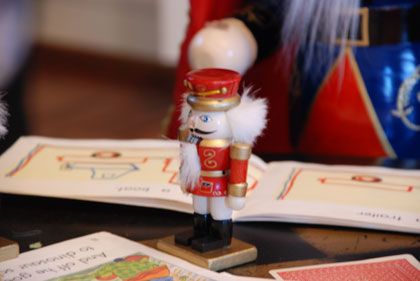 Melting in Chicago
W...
When you think "that" was someone else, you are healing
J...
I've been holding out on you
Q...
Sweet Sixteen
D...
You Could Put Me To Sleep Like Rip Van Winkle
N...
Do You Really Know What You Should To Get You Safely Through The Next Phase of Life? I Didn't
I...
best shot, clean, Laugh, Life, memories, read
29 comments to “Motivating Him to Keep Reading”