I think the first time I became aware of that warmth in my heart was the afternoon we were all out swimming in the middle of the lake. Just an ordinary afternoon, we were so hot, and ski time was over, so we thought we’d cool off out there in the middle. The boys took turns trying to row in her kayak thingy — we lost one of our boys for awhile, as he couldn’t figure out how to turn, and he drifted pretty far away from us. But she said, “He has it goin’ on.” So, we let him figure it out. (He did, and came back, as the next brother eagerly awaited his turn.)

I noticed how she carried on a conversation with the boys, independent of me, that had to do with memories shared, “Remember that time…” She, gracious as ever, laughed with them, and reminded them of different memories, that she remembers and they have forgotten, and pointed them to the future, of things yet to come. That’s what she does, points them to the future. It’s as if a year to her has become a day. 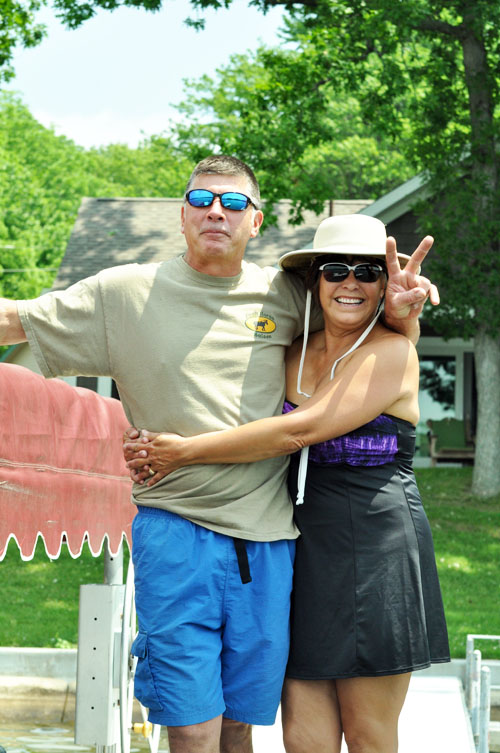 Then, it hit me. This lady, even though she lives most of the year hundreds of miles from us, has shared more memories of my boys than my own mother ever did.

Maybe that’s why we like hanging out together so much. She, because she can remember what it was like, in the thick of raising young boys (although she says adding that fourth one, really gets things spinning), and I need to hear what is to come, and how to prepare. I need to hear her wisdom, and to figure out what’s normal. (Yes, it’s OK to make Homestyle Mac and Cheese at 10 p.m. They’re hungry — they’re at the lake, and that’s just what happens here. They get hungry! And no, you are not spoiling them.) This she says, as she is pulling out pots and pans, getting to make a double portion for my boys at 10:30 pm at her house. They ate every last bit.

Whenever she talks about what’s to come, I cringe, unbelieving that I will be doing anything but snapping pictures of boys catching frogs, and struggling to get the laundry done and dinner on the table. Because, maybe, I’ve been doing it so long now, that I couldn’t handle the change. I like having the boys close.

She takes care of people, a giver, and in the process brings out the best in everyone around her. She lives five houses down from us — a planet away. And she is so easily impressed. She loves this about me.

I’m grateful for the times she just appears at dinner time, when I am just about at my wits end trying to cook, take pictures of fish, frogs and turtles caught, washing ants off daylillies, clean up and serve everyone at the same time. And then, she just picks up a towel and does whatever is needed. Washing a dish, or just serving — she makes even the pickiest eater feel good about eating.

Even though my hands were dirty, I couldn’t help but snap this picture when I looked out the kitchen door and caught her serving. 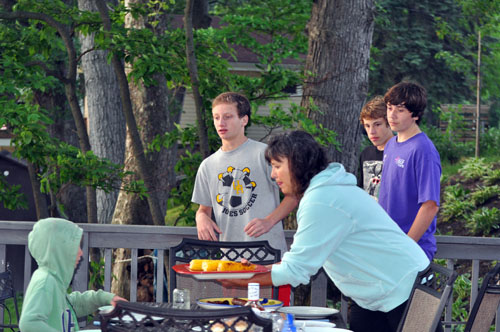 The surprise fun we had a Shipshewana, and yet I didn’t think I could take the heat one more second, and I was about to collapse, sweat dripping off my eye lashes, yet Fun Size was sweating more than me — but she was strong as steel, and showed no sign of stopping,  so I kept going. That’s when I learned, that she may be old enough to be my big sister, but she has far more stamina and strength than me — despite all the beets I eat and oatstraw tea I drink. Better yet, was the time she took my little boys to Shipshewana, without me, and all she could talk about was how “good” they were. And I believe her. I’m sure they were, for her.

I couldn’t even say goodbye to her when it was my time to leave the lake, and she was staying. Just avoided her, as the dirty floors and toilets and refrigerator that needed cleaned out was far more pressing. And this she knew, as it was a thing of the past to her.  When I did finally sit down in the car to go, I couldn’t bring myself to get the strength together to hug her and say goodbye. I just let myself fall into the grace that she understood.

Did I mention her favorite song, “In My Life.” Love that about her. Because, she can hug like nobody’s business; because she holds us so dear to her heart. 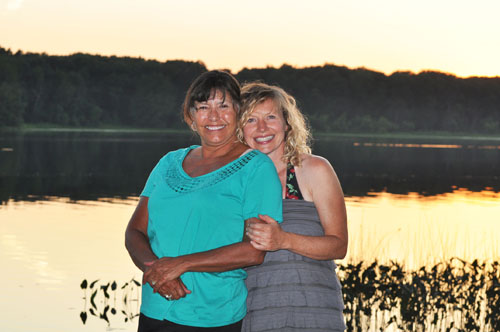 When my husband and I descended on the lake in late July, like birds, without the boys, to stay, not at our house, but hers, I found myself in this quiet place of healing. I did feel a sting in my heart to be without the boys — (never had been there without them, in my entire life.)  And, it was so different to “live” on her end of the lake, merely five houses away, even though I had visited her at pratically every hour of the day or night. (RE: 10 p.m. Mac and Cheese, 8 a.m. morning walks).

Now, I visit the lake, and she’s not there. So much has changed in the short time since she left… The ping pong table we got at the garage sale, the shooting stars, Big Josh, and now even the sun sets in a different place.

But, I can look across the water at her place, and remember, snuggling into one of her son’s bedrooms, and I just let myself absorb all of it — it’s the closest thing I’ve ever had to going home since my Mom left this earth.

13 books scientifically proven to make you happy
A...
Delicious Fluffy Protein Clouds, For Crazy Busy Days
I...
Happy
&...
Typical Encounters During a Morning Run at the Lake
O...
I Am From... The Cold
I...
Creamy Collagen-Boosting Cinnamon Hot Chocolate
O...
Share on FacebookShare on Twitter
Life, memories, Tears, the lake house
2 comments to “Missed Her More This Weekend Than Ever”