When, I called home from Chicago, the boys picked up the speaker phone, which meant that I could actually hear the sound of his feet padding across the kitchen floor as he ran, breathless, to the computer to check out his Youtube video. Up in Chicago, where it was cold, I was melting Â with joy over the news I had to share. At they time, they were busy building “Chicago” in their room out of their 3-d puzzles… 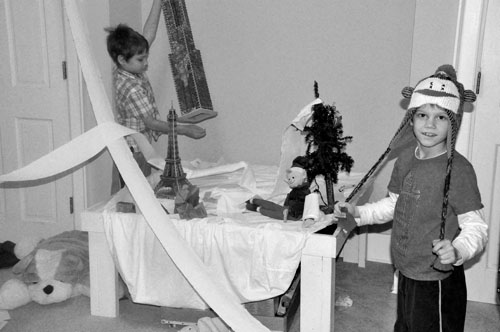 Note that Elf had “TPed” the room.

My little guy had been checking his Youtube stats daily, since we posted his tutorial on how to make an Origami Christmas tree. He was averaging about 12 views… and 8 of those views were his.

So, before I left for Chicago, I emailed Rob… his origami teacher… who has patiently taught so many how to make so many different origami creations. Rob, who my son did credit in his video. 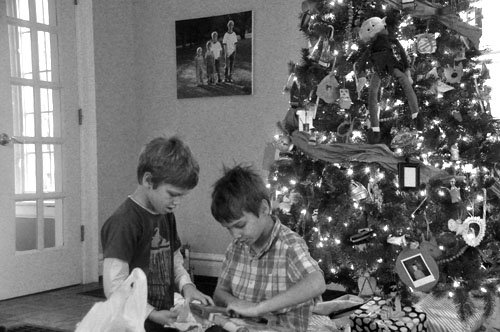 Rob, responded while I was in Chicago. Not only did he leave a nice little comment, but he posted our video on his page… and brought the page views up well over 800. 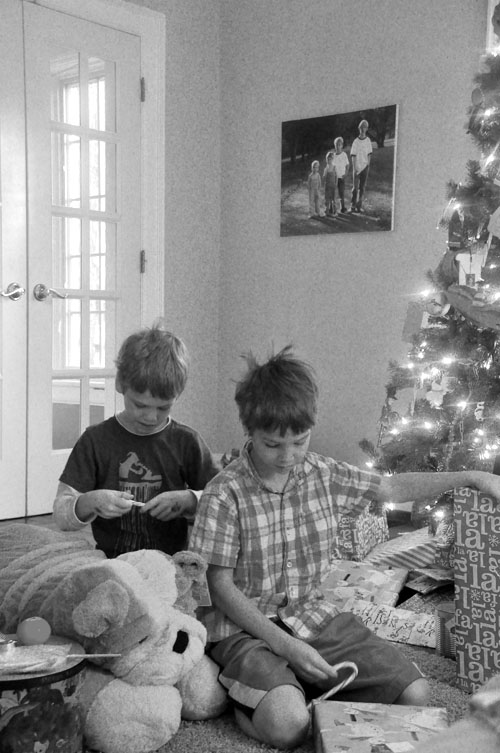 Snippet of Winter
"...
Six Miles
W...
I Saw You On The Playground
I...
So, The Boy Grew Up and Decided...
I...
When I Say Picky, I Mean Picky
S...
Over the Bridge
T...
Share on FacebookShare on Twitter
clean, holidays, Laugh
One comment to “Melting in Chicago”