And now it’s raining. The sky is gloomy, dreary and oh so dark. The snow, piled high along the sidewalks leaves puddles on the sidewalks where my boys  have to tread just to get to school. Their shoes are wet, but heaven forbid they would actually wear their boots to school. (“Only the girls do that, Mom.” And, “the only person who wears boots is so short, that if he didn’t, if he stepped in a mud puddle, it would splash all the way to his face.”) And now more rain is here to drench the melting snowdrifts. 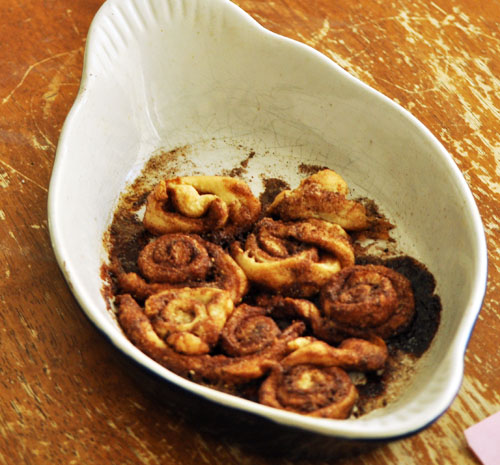 I walked one of those boys home one day, giving Rosie a chance to stretch her legs, as she recovers from her surgery. And as I boldly walked out in the middle of the road, where it was dry, to avoid the puddles, I watched as that little boy of mine could not avoid a mud puddle. As much as he hated having those wet toes tucked inside of those sneakers, it never occurred to him to walk around the puddle. So, I coached him, “come out here with me, where it’s dry.” But, it was too much work for him —  he was attracted like a magnet to those puddles. How obvious can this be?

So, they come home wet shoes, and pants that cling to their ankles. (How long will it be until they realize they are free to wear shorts… because the temps have climbed above 20 degrees now… it’s just a matter of time.)

I can’t keep them out of the puddles. I can’t keep their shoes dry. Just like I cannot gift them all the hard lessons they will have to learn on their own. Maybe a younger mom would have the energy to correct them more; and yet maybe an older mom knows enough to keep her mouth shut; to pick and choose which battles will build that nasty rebellion that only builds walls keeps them from coming to you for the really big stuff later. 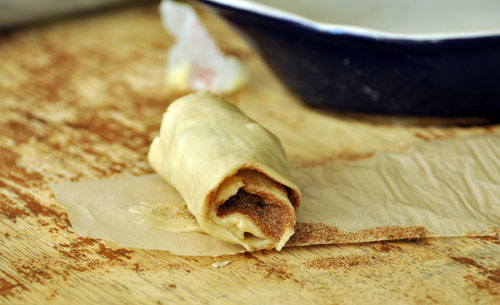 Until they figure out the whole boot thing (they will — my senior wears his boots now, all on his own, after 13 years of school, he’s finally figured out how to have dry toes!) I will serve them these cinnamon pinwheels.

Crispy buttery dough, cooked to almost rock-hardness, with the cinnamon and sugar still soft and gooey on the inside. The sides of the pan caked with sugar-induced charcoal from the heat of that oven. 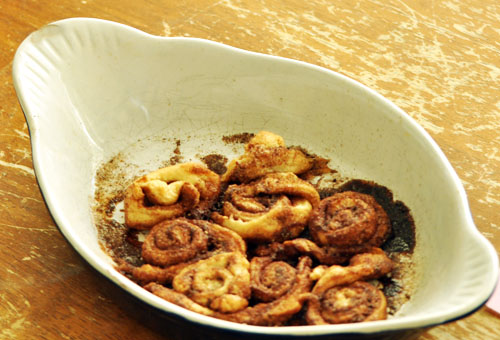 I know how these cinnamon pinwheels used to make me feel. And that’s the feeling I want to give to the boys on these days when there is no sunshine, and their feet are wet, and they only have a night of homework in front of them. This is just something to hold them over until the big lessons really hit them.