Yes, it is spring break. This is peak season for the Disney Parks. And all visitors hitting the park anytime during the months of March Â throughÂ April can expect long lines and crowds. However, there must be a point of full capacity — and maybe it is time that Disney recognizes this. Otherwise, the may soon be running the risk of transforming memories of the Magic Kingdom into the Royal Nightmare. 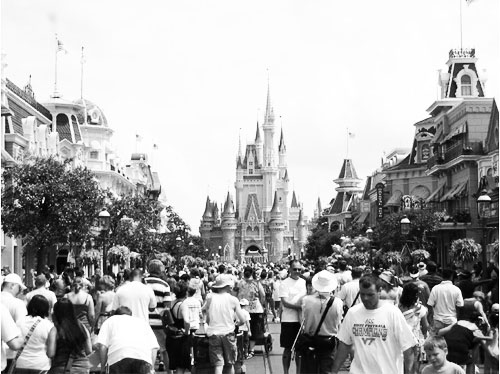 The idea may not be too far fetched? Isn’t there a waiting list, and call-ahead times to reserve a meal with Cinderella in her castle? Maybe visits to the Magic Kingdom — just entry into the park — should be done by lottery during peak seasons.

From the time we pulled into the Magic Kingdom Parking lot, to the moment we walked on the first Disney street, two hours had passed. This included waiting for the tram to take us to the gate, (15 minutes). Getting through Will Call to pick up the complimentary tickets Disney provided (45 minutes waiting in line), boarding the metro to take us into the park. (60 minute wait time) and riding the tram and finally entering the park.

Two hours gone, even before we entered the park.

The most difficult part of the day? Walking through the park. With every stride, my backpack smashed against someone, toes were stepped on, as my kids were shoved into another “aisle” of people through each crowd.Â Soon, we had aÂ rhythm:

How bad were the lines?

We attempted to get a FastPass for Peter Pan’s Flight at 2 p.m. Here’s a kuddo to Disney — they clearly posted FastPast return times on all FastPast machines. They allowed you to choose whether or not to “waste” your FastPast on a particular ride. 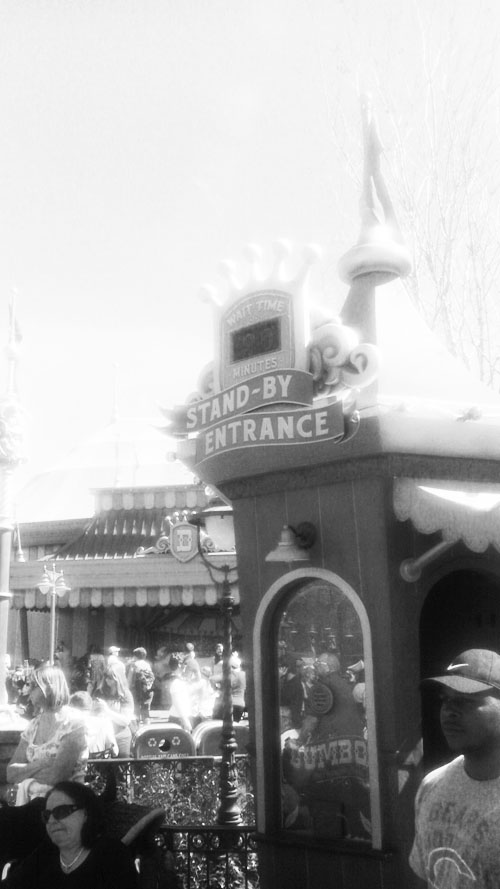 How can you waste a FastPast? As long as you holding a FastPast, you cannot get another one. 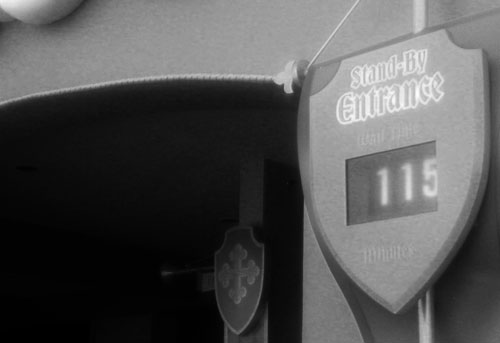 But, still, you ask, how can you waste a FastPass? Because the return time for Peter Pan’s Flight was 9 p.m. A full SEVEN hours to wait for the ride (not standing in line, thankfully). During these SEVEN hours, we were blocked from getting a FastPass for anything else.

So we moved on — and found the same return times for all of the FastPasses — several hour wait times, with the exception of Buzz Lightyear’s Star Command, with a wait time of 1.5 hours.

As the time drew near for our turn on Buzz’s ride, we headed over to Tomorrow Land — we were not that far away — yet we almost didn’t make our return time. The crowd was so thick, we could hardly move. We headed into Cinderella’s Castle, for a quick cut through — but once we made it, a Disney employee turned us away — “This is one way only.” The entire walkway through the castle had been converted into a one way traffic channel, as guests moved into the park. So, we had to walk all the way around the castle. 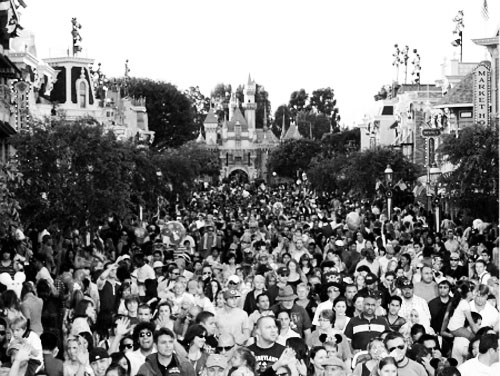 With little ride options, we focused our time on rides that do not have FastPasses, and move fairly quickly:

That’s it. For the entire day at Magic Kingdom, we could only ride those 3 rides.

Eating? Who had time to stand in those lines? Thankfully, Disney allows you to pack your own food. So, we stood in line and ate our pre-packed carrot sticks, apples, salad in a bag, (arugula for me!), nuts and cheese.

During all the waiting times, I became quite observant to Disney’s practices in dealing with large crowds:

I'm Happy With Dover White
T...
You Have To Be Patient and Actually Work At It: Reusable Bubbles
I...
Hot pepper, toilet paper tubes and Irish Spring
A...
Butter Knives and Cream
T...
Point of No Return
T...
Laser Bazooka Guns On A Tuesday night
I...
Share on FacebookShare on Twitter
blog, Life, travel
One comment to “Magic Kingdom: OVERCAPCITY: A Visitor’s Guide to Managing the Crowd”