I suppose he will always be the baby… Even though he is 13 now. As the youngest, he has less homework than his brothers, needs more sleep, and just has less going on.

His brothers, on the other hand, are up late, doing homework, or getting home from some activity, while the baby is trying to get some sleep

One night, around 11:00, I was pulling cookies out of the oven, because kids need stamina when they’re studying, and the a baby jumped out of bed, stormed out of his room, turned Â off the lights in the hallway, then came barreling down the stairs, and shut off the lights in the kitchen, then, all the way to the basement and basically was just shutting the house down.

He announced, “I’m trying to get some sleep!”

Geesh. I felt so bad. We try to stay as quiet as possible, but I guess we are too loud and just too bright.

So I got him this: 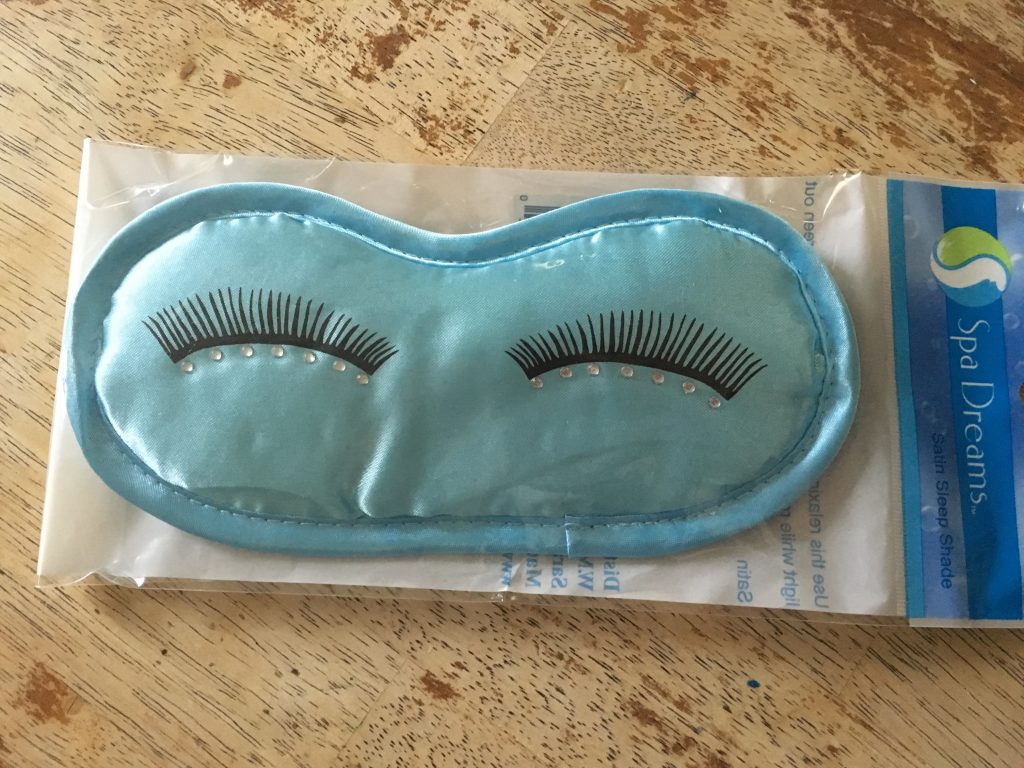 I was hoping to find a black one, but this was all they had. When I handed it to him, he took it, and said thank you.

He wears it inside out, so the lashes don’t show. Â He says it helps tremendously.

Crescent Puffs
A...
Guitar Valentine Box
O...
Kind of Like a Tom Sawyer Adventure
N...
To eras ending
M...
The Bones Came Together Nicely
H...
Won't you be my valentine?
F...
Share on FacebookShare on Twitter
clean, Laugh, Life
One comment to “Lights Out”