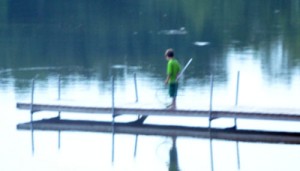 When he tells us that he has seen a turtle, I think he’s talking about the head sticking out of the top of the water. 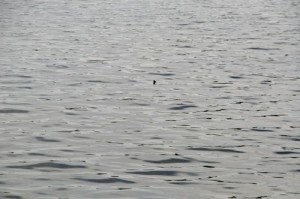 (that little dot is a turtle head, sticking its head up out of the water.)

But, our little turtle tracker sees something entirely different. He sees a turtle. A turtle shell, a head, legs and head swimming under the water.

One afternoon, he ran off with my camera, saying something about a turtle he had just caught. I expected him to take a quick snapshot, just a few feet away, of his latest capture. I was too busy changing bed sheets to snap the photo, and he knew it. Little did I realize that he meant that the turtle was across the lake, and far away, and that he would be taking about a hundred pictures. After a stern lecture about camera prices, I took a look at his photos. Remarkably respectable shots, they are.

Now, I see what he’s talking about when he’s tracking a turtle. He actually does see a turtle. Take a look. In every picture, there is a turtle. If you can’t find it, keep looking. 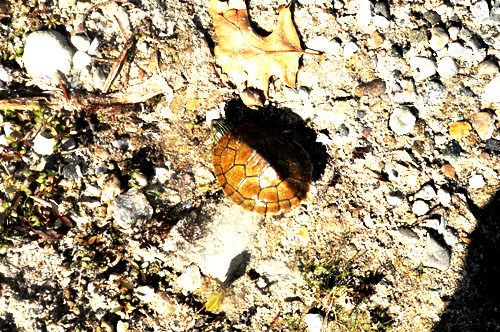 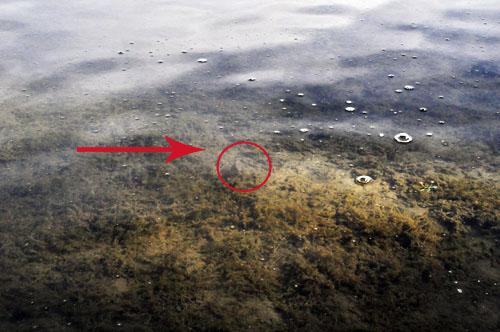 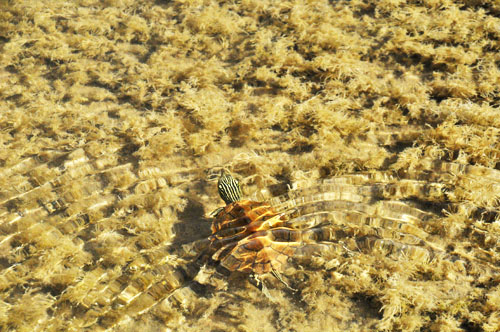 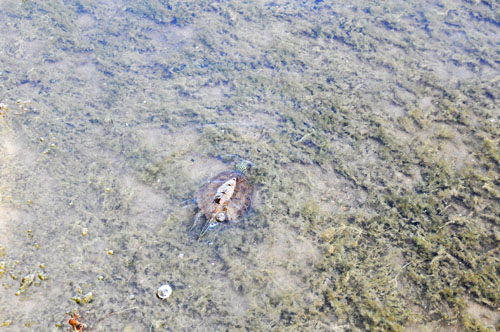 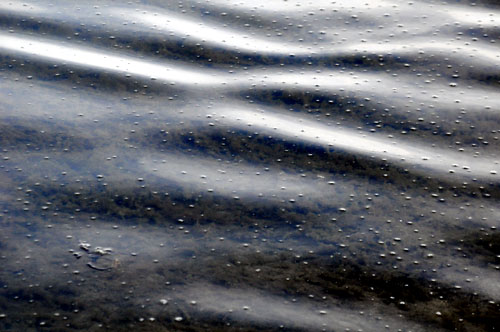 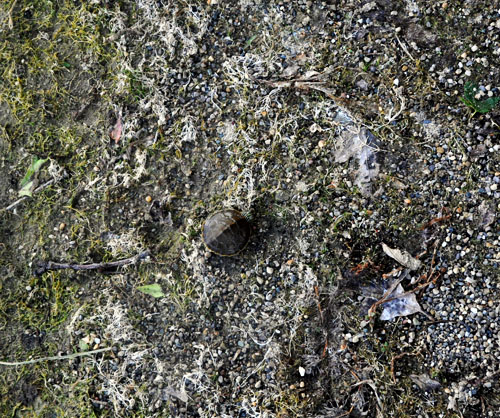