Yes, my doctor did explain to me estrogen, progesterone and hormonal balance, but by the time she finished, I still couldn’t make sense out of any of it; she made sense, but it honestly made no sense in terms of my own body. 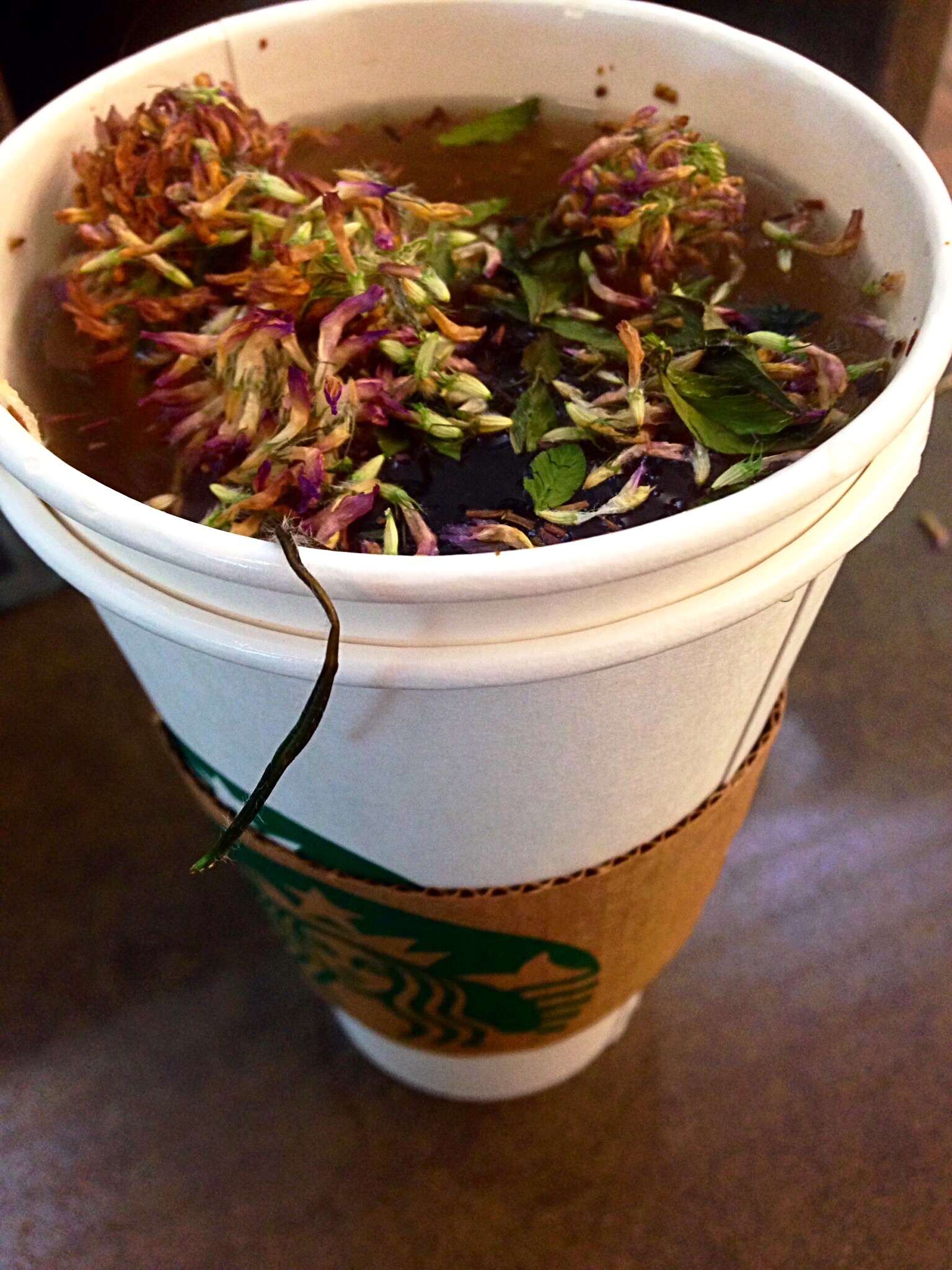 In summary, the hot flashes I had last summer were simply giving me a false sense of security; believing that I was well beyond menorraghia. Yes, things were slowing down, but I was far, far out out of the woods yet. But, unbeknowst to me, the red clover, that miraculous field of herbs, that did such a great job of keeping me cool under the waves of hot flashes, were actually building up a vast store of estrogen. Red clover, like soy, is full of isoflavonesÂ — but creates a much safer way to get these into your body. I’ll stop there… not a doctor…this gets way too complicated…

So after keeping the tampons and maxi pads in my closet, believing that throwing them out would be a curse, I was happy I did.

Several months later, after a complete cease, I have full, onset menorraghia, with absolutelty no control, or slowing in site. For over a week. Shepherd’s purse, and tumeric, and fish oil and everything else, did not work in less than 24 hours. During a client meeting.

Thank you for that little black dress I chose to wear that day.

I called the doctor and went straight to the hospital from the client’s office. As discretely as possible.

My doctor met me there. Â I looking like a victim of a chain saw massacare, with a bewildered look on my face. Â My doctor smiled simply and said, “This is where your uterus takes over and tries to kill you, but we’re not going to let that happen.” Â It’s great when the doctor knows and understands who your enemies are.

I swear, I was still having hot flahses through the whole experience. And my doctor said, “Yes, you probably are.” But the clover may have done more harm than good. Because, the estrogen was getting pumped in, and so nature stepped in and took its natural course. 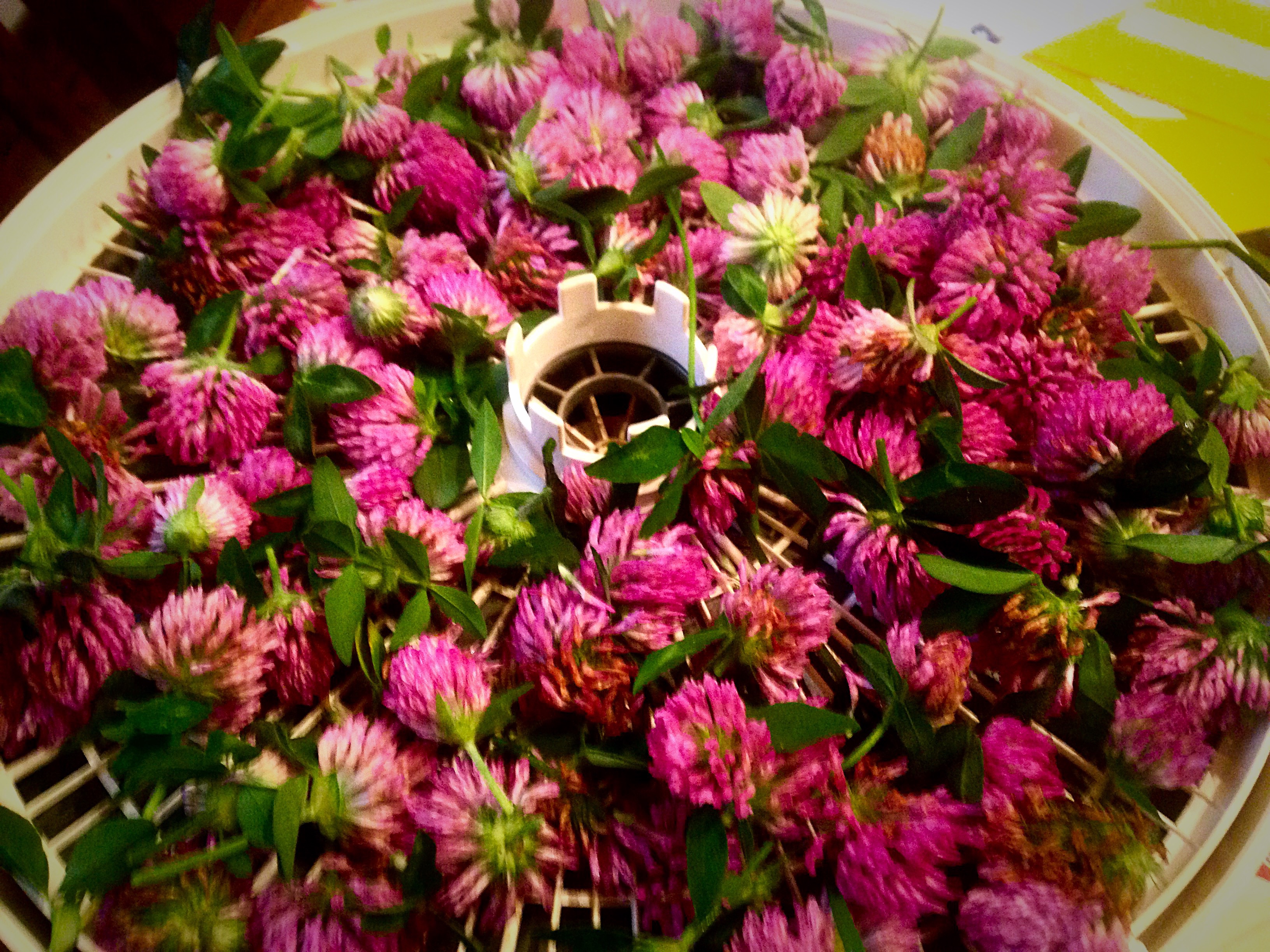 My estrogen levels were lower than before, but she did recommend I take Estrogen Metabolizers. Â “But no red clover… just think of your hot flashes as the greater good…” Â She’s sweet. Â I’m also on heavy doses, against my own will, of hormone therapy. Progesterone. Â But, I truly have no choice in the matter. Â

There are no female matriarchs left in my family to ask what was normal for them. When did this start? How did it end? Is there an end? I have no daughter to share any of this with; to give advice to when she reaches this stage. Â This makes me sad. I want to hear, and know their stories of my own ancestors. Â But more than that, I just want one of them to hand me over a nice warm mug of soup.

So, I am treating myself. I pulled out some chicken bones from the freezer, and hot bone broth is simmering in the kitchen right now. I have a warm cup, sprinkled liberaly with tumeric, in the morning, and because it tastes so good, another one mid morning, and one before bedtime.

But like my doctor said, when estrogen is high when we’re young, we can deal with it. Now, it’s harder, and we are just too tired to handle this.

None of this makes sense. But, if anything, I’m coming to terms with what wild power there is in the creature of a woman; and I’m learning to respect her more than ever. It’s hard for me to believe my uterus is my enemy; but that’s how it’s behaving. What could possible be its goal?

Blizzard 2008 10:45 A.m.
...
Yoga to Loose Weight and Burn Calories
Y...
When driving through Atlanta
A...
To The Mom Who Is Sure She's Falling Short... Again
W...
Puppy's First Day At The Lake
Y...
Why I'm Still Feeding Sourdough Starter: English Muffins
I...
Share on FacebookShare on Twitter
health, Life, Science, Try This