When the dinner dishes are done, the coals on the grill are still hot enough to cook a whole chicken, as the sun sets on the lake, just before we light a fire, the nightly kickball game begins.

We’ve been playing kickball or wiffleball in this very yard since we first bought the lake house in 2006. Back then, the only way the little boys could play was with a wiffleball bat — because they couldn’t kick the ball that hard. 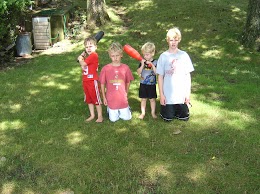 New, creative rules are created before every game — and an announcement is made, during the game, that a new rule is in play. Nice try. 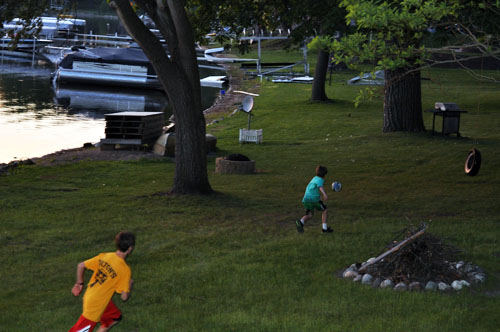 Even mom plays — so that we can have even teams — 3 on 3. The fishermen on the lake, it’s a nice time to fish, usually come by to watch, before realizing that we are too loud… and we are probably scaring the fish away. Best to move on away from that family. 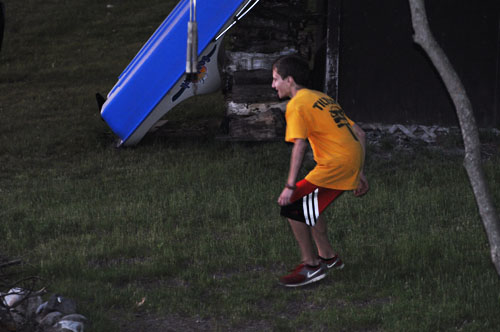 We’ve tried croquet (too slow), volleyball (could never get the post in the ground right), bocce ball– and kickball is just the one that comes up every single night. Unless we’re adventurous enough to play Ghost in the Graveyard… but that game is becoming a rarity. 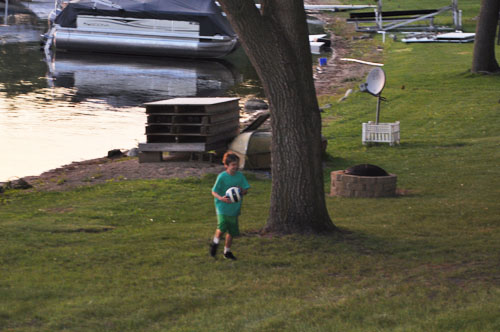 We are much better at offense rather than defense. Last night, both teams scored well into the 20s. 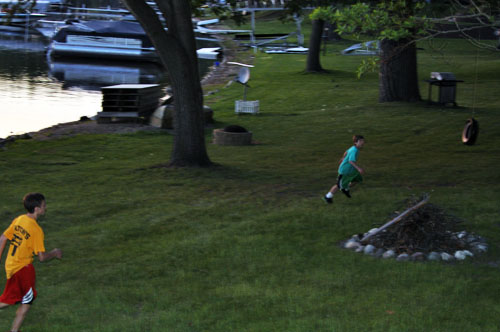 We are finally getting to the point, when the score just doesn’t matter any more — and the “outs” are becoming less and less painful.

News Briefs
A...
I really need a date with my husband
T...
I Am From: Through the Eyes of Children
Y...
You must stay for at least one sunset
I...
Hello: I've been Busy Researching
I...
Who is Forest Dubbs?
W...
Share on FacebookShare on Twitter
clean, Laugh, Life, the lake house
One comment to “Kickball is Our Game”