Yesterday, the air was hot and steamy. The kind of steam that makes seeds pop, and sprouts shoot up. In a different world, I would have been worried about what that humidity would do to my hair –Â frizzesÂ and all. In this world, my world, I’m celebrating these last few weeks of warm weather, feeling blessed to have the hot steam this late in the season. I’m growing a bean fort for the boys. Steam is a bonus.

The previous bean fort, literally, never got off the ground. Bunnies. They ate every single sprout. We couldn’t manage the destruction — it came so fast. Maybe it wasÂ squirrels. They were ferociously hungry. 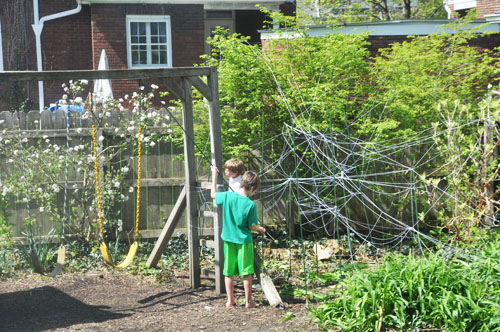 For a couple of weeks in August, I contemplated putting bean seeds in the ground and starting over… but I never got around to it. Just couldn’t quite make myself believe that I really did have another chance. In my mind, I had already had it planned, they boys would be one year older before we would grow another fort — and by then, maybe they wouldn’t be interested. It’s so far off. Â The magic of spring was gone, wasn’t it? There’s no way it could happen again in the same season. That would be too special. Too much magic.

I wish I had planted back then — I’d have two more weeks of growth by now. Finally, and ad for cold weather gardening popped up in my email, and it listed “beans” as one of the fall vegetables — something we can still plant now to get a harvest before the season ends. “Beans grow so fast,” the ad said.

Yes they do, I remembered. Especially in this steam. 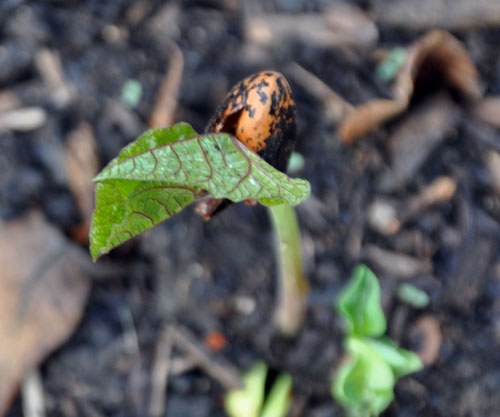 This time, I designed the fort. It will be grand. I’m using the playground bar at the top to make an A-Frame fort that runs across the entireÂ play-set. Ten days ago, I placed 3 Jack in the Beanstalk seeds into the ground around each “stake.” Five days later, I added 3 pea seeds around each stake. This will be a thick,Â lusciousÂ fort. And pea shoots — I love those in a salad.

The beans are up and off and running… the peas are close behind. 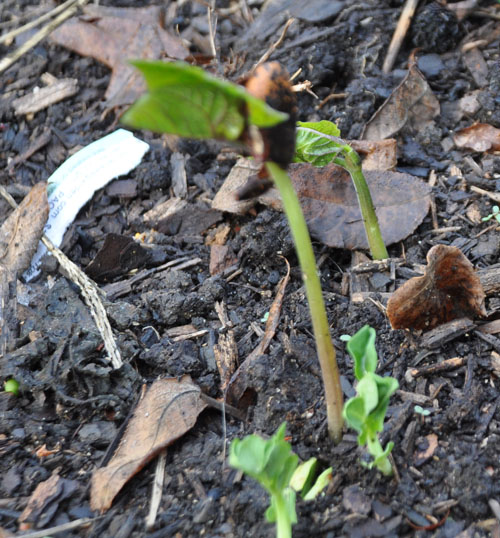 Each morning, I cheer them on, as I walk outside with my bag of hot pepper flakes. I sprinkle their little leaves each morning with the flakes — just to keep them safe. It’s exquisite really, how they grow — popping out of that seeds, curling up, standing so tall, while so young. 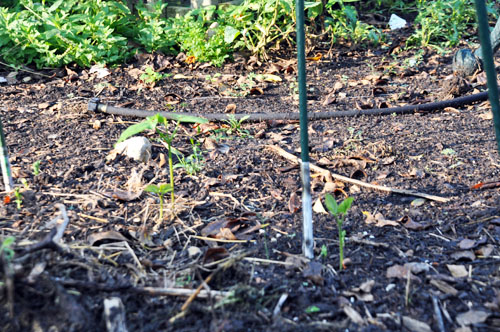 When the boys get home from school, I take them outside to show them how much the bean grew while they were at school. About an inch a day…Such a joy to have this second chance.

I Saw You On The Playground
I...
And, Suddenly, There I Was, Spending the Night At The Zoo
T...
The One-Pot, 20 Minute, College Meal
T...
The Year of The Ottoman
T...
When a monster shows up in your picture book
T...
Productive
D...
Share on FacebookShare on Twitter
clean, Life