x
Quietly, last November, we acquired a new piece of equipment for lake house. Dave and our 10-year old drove it up here just a few days before Thanksgiving.
It’s been sitting on the garage all this time. 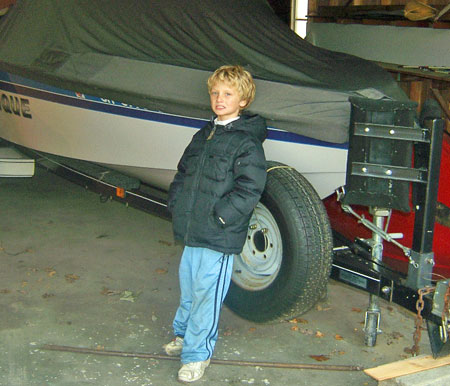 Waiting.Waiting for what you ask? Waiting for us to get done with all the lake house projects. The work is unending; the trees account for most of our time. We’re either dealing with leaves, or collecting branches and cutting wood from the latest storm. There also has been this other issue.

The water has been too high for boating, a welcome contrast to last year’s low water. The water was too high to get the docks in. So, the Sherriff supposedly posted a sign that said “no wake.” There was also a warning about a fine for damage boats cause to lake owner’s property.

A call to the sheriff revealed that he did not post the sign. However, he has been getting complaints from some people at the lake, worried about the lake washing up on their lawns. They are the parties, apparently, posting the sign; merely pretending the Sheriff posted the warning. The sheriff’s response? “Until I see people sandbagging, I don’t think they’ve got a problem.” So, boating is officially, and has been, all clear. Excerpt for people like us, who don’t have time because they’re too busy fixing things at the lake. 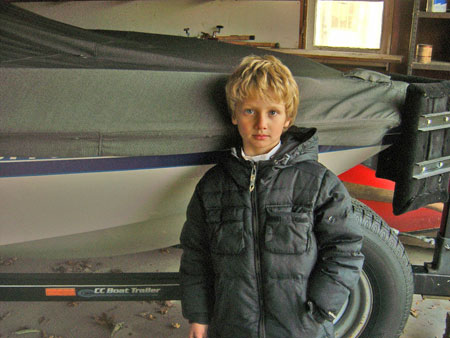 The Big Splash
...
Why You Want A Red Lightbulb For Christmas: Banish Wrinkles and Arthritis? You Bet...
Y...
In The Blink of An Eye, I Was Set Free
...
Just Carry On, As if Nothing Is Happening.
J...
Meet my new neighbors
...
Oh Thom, your new lake PAD is just so GROOVY
...
Share on FacebookShare on Twitter
Life, the lake house
5 comments to “I’ve been holding out on you”