The anticipation of the royal wedding finally came down to settle on me this week around Monday. 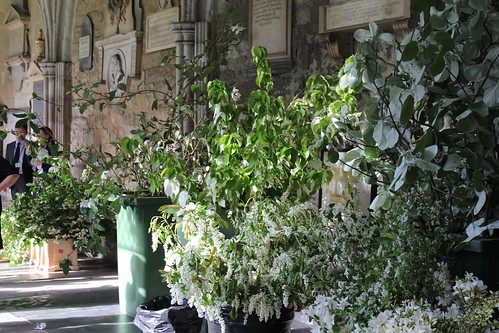 Flowers in the Abbey. All photos here are from the British Monarchy Flickr Page… yes they have a Flickr Page. 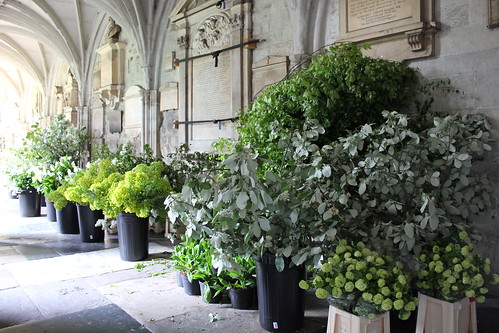 The minute it dawned on me that this was the week, I scurried to the Internet for a glimpse of what her wedding gown will look like. No one knows (well, some lucky people do) but plenty of websites wanted to tease me by telling me what they think it could look like.Â  Oh, the anticipation makes me want to set my alarm, and not my TiVo, to watch the entire procession live. 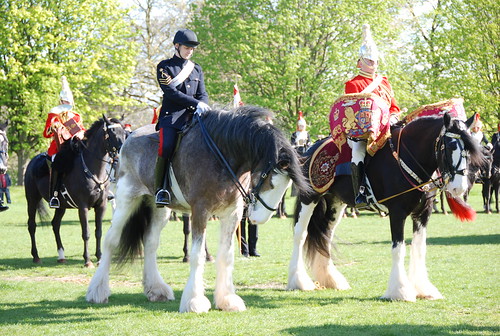 So, if we have smart phones, twitter, flicr and facebook and instant social messaging, and instant messaging, why don’t we have any clue about Kate’s dress? We actually knew a bit more about Lady Di’s dress, back then. I read this on the WSJ website:

Some believe the palace and Ms. Middleton have kept the designer’s name secret to let him or her work in peace, having learned from the 1981 royal wedding. Back then, the palace announced the choice of the Emanuels three months before the wedding, setting off a media scrum that forced the couple to improvise ways to secure the dress.

The Emanuels bought a safe in which to stash the dress each evening and hired guards to watch over it at night. They left false trails by throwing different fabrics in the trash and made a second dress in case the design of the main one was leaked. Only the couple and their main assistant saw the dress in its entirety. Diana had to fight her way through a crowd of reporters to get into their atelier for fittings. 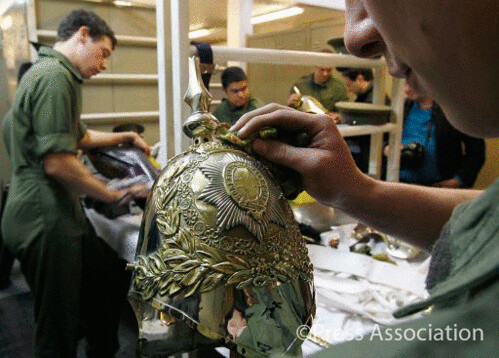 When Kate showed up on my browser, I saw that all-too familiar looking Saphire ring that once graced the hand of Princess Diana. I was startled at how “familiar” the ring looked to me, and knew exactly who’s hand wore that ring. And, I thought I had moved on.

The boys, somewhat interested in all of the facts I would dole out about the wedding, finally looked at me and said, “Why are you so obsessed with this wedding?” Of course, I used the same line my grandma gave me a half-dozen times about such things, “because this may be the only chance in your lifetime that you will get to see a Royal Wedding.” Or Hailey’s Comet, or … whatever it was.

Then, I told them they may get the chance to see a man become King in their lifetime… that would probably be a big deal on the news too.

I explained how I learned that the Royal Boot polishers spend 3 hours to shine one boot for the wedding… that piqued their interest just a bit. Then, about all the work that goes into making the gloves “white.” 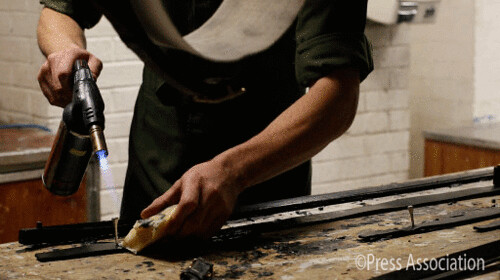 A member of the Household Cavalry uses a blow torch to soften wax as he polishes his kit during a rehearsal for the Royal Wedding at the Household Cavalry Mounted Regiment’s Hyde Park barracks in London.
Even hollow steel pipes that will be used to build a scaffolding stage for members of the media,Â  were inspected by security before the structure is built. I’ll have them hooked by the end of the week.

Westminster Abbey is one of the church’s we visited when my husband and I went to England before we were married. The church is much darker, I remember than St. Paul’s, where Princess Di was married. Westminster was my favorite church, I remember, because it holds the remains of several famous writers.

Members of the Royal Chapel Choir — only ten boys.

IfÂ  4,973 people would die, a German woman, Karin Vogel could become queen. She’s at the bottom of the royal blood line.Â  You can see the royal family tree, here.Â  The U.K. succession rules date back to the 1701 Act of Settlement. Princess Anne, a Protestant, was destined to die with no heir, and the English Parliament wanted to prevent a Catholic from seizing the throne upon her death. So the Act of Settlement bequeathed the crown to Anne’s closest Protestant relative, Sophia of Hanover, and all her non-Catholic descendants. Illegitimate children are also out. 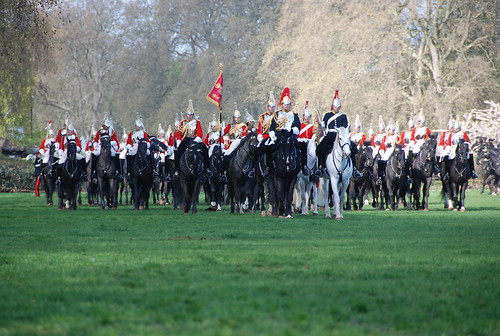 Currently, Parliament is debating changing the rules for the succession procedure for the British monarchy. The way the rules stand now, if Kate Middleton and Prince William had a daughter and followed up with a son, the son, though younger, would be first in line to the throne. Parliament may soon change the rules so that the daughter born first, would remain first in line.

I can’t wait for that moment, when Kate appears to the world, wearing “that dress.”

Sourdough Flax/Chia Waffles
T...
For The Girl Who Drove us To The Airport
T...
13 Things to Do Before You Walk Out the Door For Vacation
M...
Happy Birthday Lunar Baby
T...
Burlap's Opposite Attraction
B...
Bellies
I...
Share on FacebookShare on Twitter
Life
One comment to “It’s All About The Dress”