It’s almost unheard of today — that we’ve actually done something right with the environment. The final decision was made in 2007 to remove the bald eagle from the list of threatened and endangered species. After 40 years of conservation efforts, eagle populations rebounded and no longer need Endangered Species Act protection. 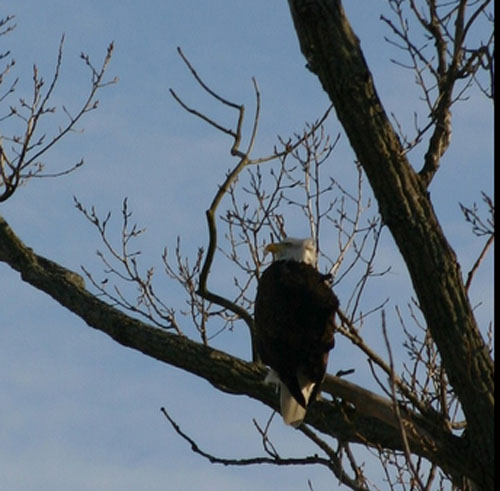 The national recovery effort,  to not only save the Bald Eagle from extinction, but to help them flourish, was handled by the U.S. Fish and Wildlife Service. This was done by dividing the lower 48 into five recovery regions. The eagles made a dramatic recovery:

This was as late as 2007 — the year the service decided the Eagles had recovered enough, and they stopped counting.

But you can count. We should all be out celebrating! In this world of synthetic plastics that cannot be destroyed, oil spills and ozone holes, the eagles have made a dramatic comeback! And the winter makes it even easier to do this! The absence of leaves makes it easier to spot their large nests, and to see that gold-colored beak peeking out of the branches.

How To Create Timeless Stories
I...
I let the Entire Weekend Slip Away
...
His guess won the jar
&...
Cute Tips
S...
The Christmas Swans
M...
For Our Next Nature Lesson
F...
Share on FacebookShare on Twitter
Life, ohio, Try This