And I did. This summer, my husband and I are heading back to wine country for his next Ironman. The trip is in July, and while I do love the babysitters I’ve had for overnights… I don’t like the idea of having them stuck at home… and a lot of the time they are bored.

So, back in January, I imagined this impossible dream — what if, they were all at camp at the same time, while we were gone?!!!

An impossible dream — as in the camp around here staggers the age groups — by weeks. The only people there at one time are all in the same age group. That presented quite a challenge.

So, I stopped dreaming… but I couldn’t resist the impulse… and I started dreaming again.

I found another camp, 3 hours away. All age groups at once. I knew a few families who send their kids there — and, from the way they rave about it, this camp sort of makes their entire childhood — it’s that fabulous. The cabins are tents 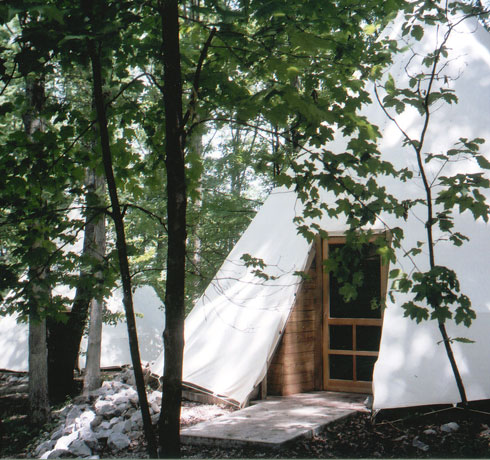 (with real bunks beds and furniture inside — can I come too?!!!) and a little town, so it’s set up like a country and western movie. The activities include Paintball, Rock Climbing, Water sports — like skiing, hiking, — all kinds of boy stuff. All boys will invade the camp… at one time. 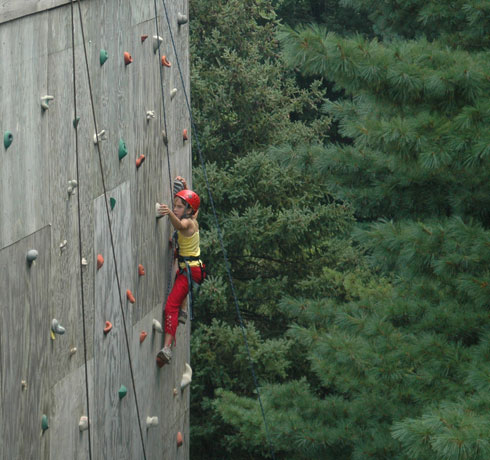 I had mentioned this to my boys… the oldest were not too sure– but my 10 year old was so happy — over the moon — as in — you just gave me theÂ equivalentÂ of 100 frogs!!! Apparently, I just learned, he had beenÂ bummedÂ out for the last two years, because his friends had been going to camp, and he wasn’t. He had felt he was missing out… but didn’t tell us, because he figured we would say no. (Yes… there is guilt. Yes… it hurt to hear this… and so typical of him to think of others instead of himself. But… powered by him… I was on a mission to make camp, this summer, a reality.)

Only two of our boys (the oldest) have been to camp –we are not a camp family — because we have the lake. 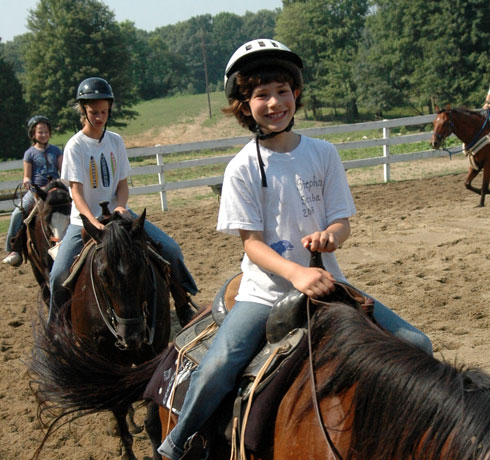 The camp dates were staggered over our trip… no one would be at home to pick them up on the release day of camp. Camp starts on Sunday, and ends on Saturday. We leave on Wednesday and return on Wednesday. Quite a big obstacle.

And the cost… which really isn’t that bad. Camp is about $547 per kid… plus, my oldest would go as a “helper,” and would go at half price. Then, the camp would give me a $300 discount — for multiple campers. So.. when you compare the price of the babysitter for a week — we’re not that far off. And this place includes food — and my house will not get trashed. So my husband and I agreed … this made some sense…

As a “helper” our son would work in the kitchen. He would earn 30 service hours for the week (a must to get into college) and would work until 1 p.m. everyday. Then, he would be free to be a kid at camp too — he would have a college counselor, and Â have the camp-outs and events too.

Who would take my four boys home? I called the camp to see if anyone was coming from our area. Nothing. I sent out a blast email to everyone to find out if anyone else was going that week. Nothing. I gave up the dream again.

Then, one night at a party, I was talking to someone I hadn’t even thought of as an option, and mentioned my dilemma. She thought, “I could send my son there… he would love to hang out at camp with your son.” But, she said, I couldn’t take your boys in the car for 3 hours. I understood. Then, she changed her mind, and said she would. First, she needed to check with her son.

OK… my dream was beginning to materialize. I went online to check– registration — to reserve our spot cost $600. Â There Â were ten spots left in my 10-year old’s age group… and others were dwindling fast. I was dreading everyday the time ticked that I did not hear back from my friend. I was reluctant to reserve the spot and pay the $600 non-refundable reservation fee, if the kids had no ride. I patiently waited….

Finally — the deadline was approaching, and it became clear that I could not rely on my friend — camp was not a good option for them after all. So, I played my card and asked my brother if he would bring them home. I wasn’t asking him to babysit for the last 3 days (I’d use my babysitter for that) but just drive 3 hours there, and bring them home, 3 hours back. He said sure.

So, I booked them. The floodgates opened, and my ten year old was jumping for joy. Soon, all the boys were online looking at camp photos and the schedule…

and there was quite a bit of joy. Until our 8-year old looked over the “itinerary.” Â Showers at 4, camp out every night… breakfast at 7…and then, “Wait a minute!” he said. “I have to go to bed an hour before everyone else?! That’s not fair!”

Then, my oldest son asked me if I had talked to his friend’s mom about sending his friend – Kirk. Hmmm. No… Text him, and tell him to ask his mom to sign him up, and I’ll email his mom. They were all over it — so excited. Again, I had never thought of them. And she had no idea how desperate I was to find another family to carpool with.

As she was filling out the online registration, she asked me if I signed up our son for the “Elite” service crew, or the “Classic” service crew. I warned her — do not — whatever you do — sign him up for Elite. They market Elite as “lots of outdoor work” –but it essentially involves cleaning the bathrooms. Classic is the way to go. And by the way, camp, thanks for differentiating that kind of service work.

Concerned, I called the camp registration office. “I just signed four boys up for the same week via your website… could you check the registratints to make sure I did it right.” Sure enough — good thing I called. I had my youngest and second oldest going off to their camp in Michigan, rather than Indiana. She corrected that. Can you imagine the horror?!

“And, one more thing. I’m interested in having a long-term relationship with my son for the rest of our lives. Did I sign him up for kitchen crew, or bathroom cleaning?”

In just a few hours, I received a confirmation email that Kirk was requesting to be my son’s roommate, did I approve. Yes. (Funny — my oldest child was the only one who requested to go to camp with a friend. The others could care less. And that’s the way camp should be — I am not in favor of a camp that involves transporting all of your friends to some other place? Camp is time to make some new friends. I’m OK with one or two friends… but not a “band” of the same old drama from home. I may feel differently sending the little boys to a camp where the know no one IF their older brothers weren’t there. All of the boys will be there together — but separate. This makes it so much easier for the 8-year old.

Then, I received a text from Kirk’s mom. “Are you driving there?” What a loaded question. I decided to refrain myself from just pouring out to her my need for someone to bring all the boys home. We have until July, anyway. I simply responded…”Sure, we can carpool… we’ll talk later.”

Because, I still have my brother.

They Were Drooling Over Ox Tail Soup
E...
Growing Some Magic
Y...
School bells and playtime
...
A Day Worthy of the Sunshine
Y...
A Miserable, Blustery Day That Called for Nothing But A Cup of Tea
I...
Gifts at 5:30 AM
A...
clean, Laugh
2 comments to “I’m Telling Everyone I Won The Lottery”