I didn’t think it was possible to catch that bit of Christmas magic again. The awe, the wonder, that comes with childhood, and leaves with adolescence, when you have it all figured out, and you know there is no magic to the whole thing. Tonight I was surprised. 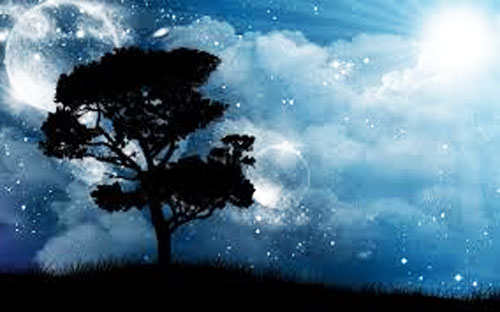 The Shepherds are my favorite part of the nativity story. Shepherds, with warm fuzzy sheep, out in a desolate field, underneath the stars. The shepherds are probably wrapped in warm sweaters and scarves, made from the wool of the sheep they are tending. In this quiet place, an angel actually comes to tell them about a birth. This sounds cozy, romantic, and like the ultimate Christmas night.

I’ve heard, but of course cannot verify, that angels are as tall as skyscrapers. No wonder the angel is compelled to say, “Fear not.” (Angels always say this. You’ll see these words over and over again in the Bible – it’s almost always the first thing out of their mouths. For that reason, I’m assuming the people are speechless, which explains that perhaps that maybe yes, the angels are probably are as big as skyscrapers.)

Shepherds always stand in the background of the nativity scenes, but rarely appear as Christmas ornaments, wall art or in tables capes. You’ll find doves, stars, and the wise men – but rarely shepherds with their fuzzy sheep. It seems odd, really, as the sheep, with the wool, are a natural to the whole Christmas/snow theme.

Did you know that in Biblical times, shepherds had little panache? They were not the coolest guys in town. Hated by the Egyptians, as shepherds where shunned, in favor of the more cultured crop farmers of the time. The shepherd job always went to the “kid.” The little guy who was too small to fight in the battle. (King David got his start as a shepherd. Ironically, the courage and skill David used to kill Goliath was actually earned during his stint as a shepherd. He killed both the lion and the bear. More than the skill, David explains, that he gained, wasÂ his belief that because God saved him before, he would save him now. 1 Samuel 17:36)

Yet, the angel comes to the shepherds watching their flocks – not to a city, where the angel could find masses of people, eye witnesses to proclaim the birth of the messiah. The angels come to the few, the least — to the quiet unassuming shepherds, sitting beneath the stars.
More remarkable, really, is that the angel tells the shepherds they will find this king, “wrapped in pieces of cloth and lying in a feeding box.” Luke 2:12 ERV.

A feeding box?Â We don’t grasp the reality of that word when we say “manger.” We’ve used the word so much that we think it means “crib for the baby Jesus.” No. It’s the place where the cows ate. We are told that Jesus was with God during creation, and that he helped create all things. (John 1) Wouldn’t you assume that if the creator comes to earth, he could find a much nicer place to be born? But, we know he didn’t. And, in so many other ways he suffered – by choice.

Then, if that wasn’t enough, a “huge army” of angels comes to sing and praise God, before they all went back to heaven. Can you imagine the sound of that? Echoing off the hills? Angels have a “place they go to,” and it’s in “heaven.”

Isn’t it amazing, that the holiday that is the loudest, the brightest and sometimes the most self-serving is really, at its root, the most humbling, and unassuming?

Our advent reading tonight was a gift of awe. The shepherds, under wool, the magnificence of an angel appearing out of nowhere into the vast night sky, his voice reverberating upon a desolate empty field, to share news about a baby who was just laid in a feeding box. As you go to sleep tonight, try to imagine the sound of hundreds of angels thundering into the night, before flying back home, to heaven.

The Great Altoids Tin Challenge # 6
T...
The Dangerous Book for boys
I...
No Power
U...
How Do They Get That Little Ball Inside The Whistle?
T...
No, I want it like this
H...
Found: Vintage Signs
I...
Share on FacebookShare on Twitter
holidays, Life, spirit
One comment to “I Wonder if Angels Really Are As Tall As Skyscrapers…”