It takes some courage to call you brother up on the phone and tell him that you found 12 morel mushrooms growing in your yard, and he missed out.Â  Mushrooms the kids spotted while they were out playing; mushrooms we didn’t have to work for.Â  Worse, we didn’t save him a single 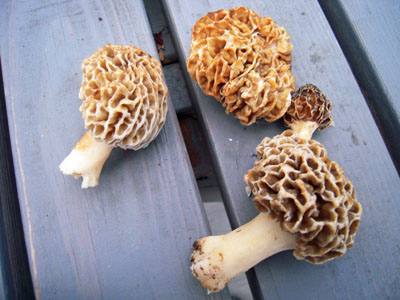 one of the 12 mushrooms. If you find wild mushrooms, growing in the grass, this is big news.Â  Factual information that must be stored and filed away with the other clues that have been passed down in our family for generations.Â  Finding mushrooms is part planning, and part luck.Â  Our generational goal is to eliminate as much of the luck portion out of the equation as possible.

The fact that we found them in the grass, right above the roots of a couple of our oak trees, far away from the traditional “woods,” was information that I was obligated to share.Â  Keep in mind, however, these are trees, at the lake house, that my brother wishes we would chop down.Â  We prefer the shade.Â  For the sake of passing on vital, factual information about the growth habits of mushrooms I had no choice but to tell my brother. Before I made the call, I stalled, and we took the canoe over to the other side of the lake, 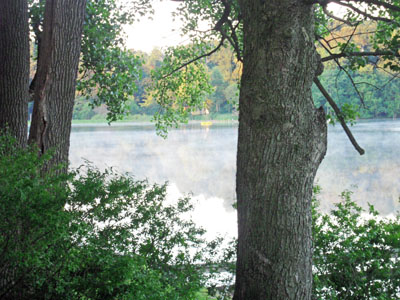 where the haunted house is, 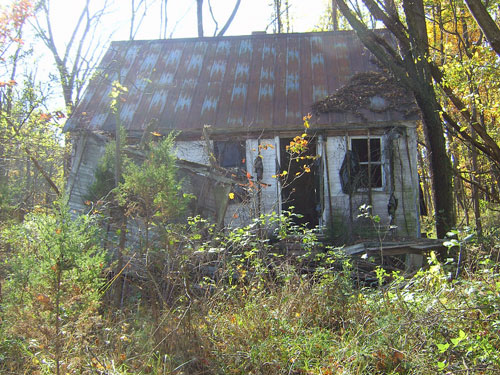 and began looking in that woods for the motherlode of mushrooms. 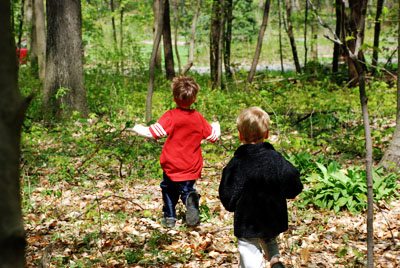 Besides, I love getting the kids out into the woods for exploration 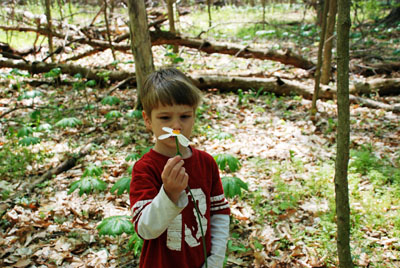 each spring. Except for the very large deer skeleton, and the very much alive deer that flew past me in a jump, there was not a single mushroom to be found.

A side note on the deer; I was alone at that point, and I heard this very loud swooshing sound. I stood still, and looked, and saw the deer flying past me.Â  If I don’t want to get hit by a deer, I might have to go around wearing Irish Spring soap around my neck just to stay safe.

We were either too late; or too early.Â  Hunts like this, when you leave empty handed, make me ponder how many mushrooms were hiding under a patch of weeds that we missed.

I waited until the weekend was just about peaking at the end to make the call.Â  After I shared the news, my brother was quiet, and speechless.Â  I didn’t know what to say, and so I waited.Â  Slowly, he began talking about his weekend — obviously trying to change the subject.Â  I was kicking myself for being so harsh.Â  I could have waited until the start of next spring to pass on the new facts — then, maybe he could have put the news to good use, salvaged an upcoming weekend and found more mushrooms.

Soon, details about his own weekend began to spill out.Â  My brother had found some mushrooms too.Â  Eighty mushrooms.Â  That’s 80.Â  His buddy found 3,000.Â  I cannot imagine what 3,000 mushrooms growing in the ground would look like.Â  I can’t even fathom the site. He saved me NONE. And I’m the one with six mouths to feed — his wife doesn’t even like mushrooms. 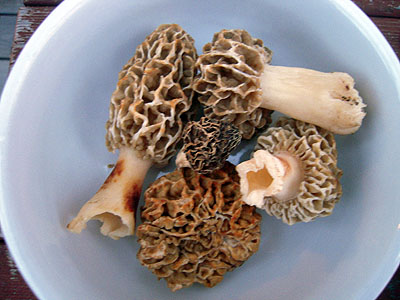 List of Honeys That Successfully Lighten Hair
H...
And the Ants Came Marching In
I...
Will Love Keep Until the Morning?
I...
Lavender and Cedar Are Enough For the Moths
A...
Card Carrying Nancy Drew Fan Club Member
...
All I wanted was a simple white paint…
...
Share on FacebookShare on Twitter
Laugh, Life, the lake house
3 comments to “I try hard to spare my brother’s feelings”