but I stopped myself from saying it at least a hundred. The greatest parenting books have one common theme: “The best thing you can do for your child is to let him figure things out on his own.” The quickest way, they caution, to cut the lines of communication is to use the infamous phrase that our own parents used, “I told you so.”

But I couldn’t help myself.

The assignment, adding to my son’s already overloaded homework burden, was to illustrate, write and bind a children’s book. 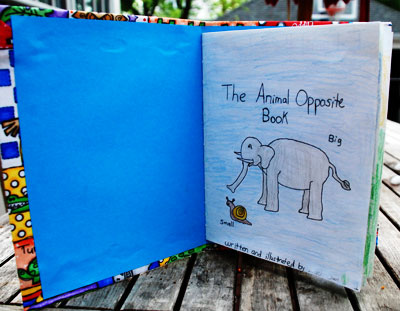 He was not content to do the minimum of 12 pages, my son decided to create 18. 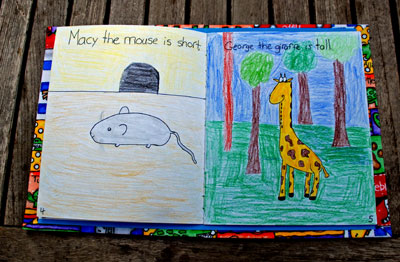 “About 6 minutes per animal,” he said. 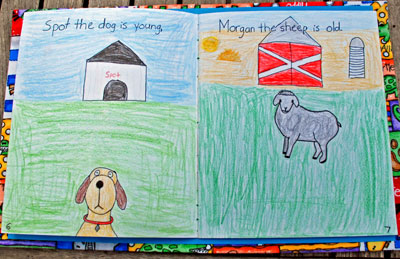 “OK, I’ll time you.” Twenty-two minutes passed, and he was still working on the first. So, I said, let’s multiply that by 18… “396 minutes just to do the book.” Plus, he added, that this was just the first draft… he would then re-do the entire book, so there are two books to make.

Undaunted by my pleas to “stop, re-think this,” and “let’s not make this so hard on yourself,” and of course, “I told you so,” he continued to work. It was Saturday night. I finally stopped him at 12:30 to go to bed. So far, he had managed to find a how-to draw video on the Internet for each animal. He still had six animals to go. 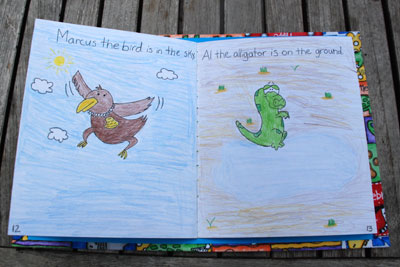 The next morning, I asked him if he was tired, and picked up my campaign where I left off last night to save my child. I got nowhere fast. If anything, I was making this far worse than the actual book production. Then I heard him say these words. “I just like doing this.” Finally, I left him alone and dropped it.

I did the only thing I could do. I started unwrapping the twisty ends on my Smarties, and started eating.

It didn’t take long… in just a couple of days, he said, “I wish I hadn’t made this book so long.” And no, I didn’t say it. I acted as if I didn’t even hear him. Parenting is oh, so tough.

He did finish the book, ahead of schedule.

But I did tell him how awesome his book was… at least 100 times. The books, by the way, made by each student, were given to children in a day-care facility the students visited.