The camp is close to home… and we thought we would stop by after dinner time and drop off some extra Gatorade.. and say Hi. Â  He was walking from the commons, heading back to his dorm when we spotted him. Head down, tagging behind the group. He looked up and saw me, and just broke into tears. I came over to him, picked up his hand, and shuttled him off to a quiet place, behind a rock so no one would see us.Â 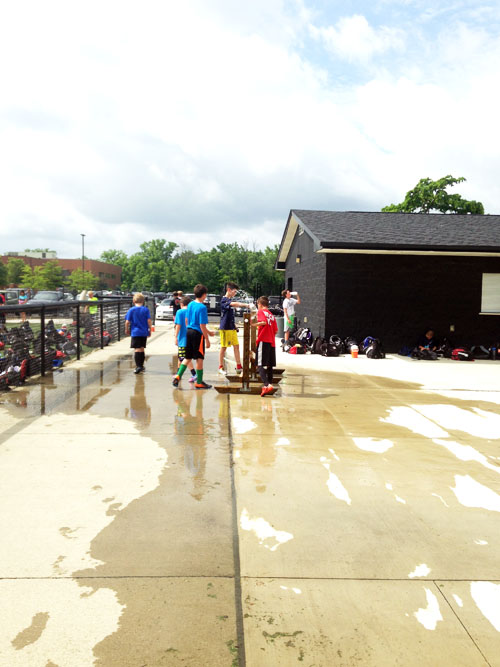 He sobbed. “I hate it here. It’s so hard. Everyone is so mean, etc.” Â I stood there helpless, not knowing what to do, except to just create a space for him to let it all out — the tears, the words, all of it, as I stood helpless, wondering, “What have I done.” Finally, he stopped, and I said, “I really need a hug.”

So, he reached up to hug me.

Then, he started to walk toward his dorm room, and I followed behind, still at a loss. So, I just started talking to him about how hard things are sometimes when you’re learning something new, and how everyone hates boot camp, but at the end the soldiers are better for it.

As we approached his dorm, he looked up at me and said, “Mom, I’ve gotta go. My team is waiting for me.”

So, it was his decision to stay. And it had to be his.

Mrs. Turtle Came In For a Quick Visit
W...
Lettuce Wraps: The kids do not like them
W...
Pickles Come From Cucumbers
T...
The Water Is Hot
T...
Grasping the Spring of Senior Year
T...
Cook at a temperature hotter than the sun
T...
Share on FacebookShare on Twitter
clean, Laugh, Life, love stories, Tears