The articles are extremely well-written, the how-to sections are direct and useful (how to avoid paying late fees for video rentals when you are late), and the personal profiles are dramatic; people are out there living lives I can only imagine. I’m hooked on Best Life, but I just finished Men’s Journal, September 2008, cover-to-cover. Wired is another magazine that never fails to impress me; pure, cut-to-the-chase tips — how to make Martha Stewart’s Wii cake, and how to make a photograph look vintage, step-by-step.

These men’s magazines dispense information that I can instantly plug-in to my life; there’s no fluffy coating hiding the mantra that prevails in most women’s magazines: “Eat less, do these exercises, and buy these clothes, and your life will be just PERFECT!”

Looking for an out-of the ordinary adventure vacation? Who would have thought of “Five Shipwreck Dives You can Find Just Offshore.” Or Snob-Free wine collecting, and how to order wine on-line. Check out a men’s magazine for the answers and more.

Perhaps, the real reason I’m attracted to these articles has more to do with my future, than my present. I’m intrigued with the five men profiled in Men’s Journal who have built upscale tree houses, where a man can bask in “serenity and simplicity.”

But the story that keeps swirling in my head is the profile of Timmy Turner. Ever heard of him? Neither had I. His story surpasses Lance Armstrong’s battle against cancer. No, Timmy didn’t have cancer… he had a brain infection. An infection he got, they think, after Timmy surfed Huntington Beach after heavy rains filled the water with human and industrial waste.

Timmy is a maverick, a surfer, covered with scars from his adventures, that include, but not limited to surfing in Indonesia and hitting the coral reefs.Â  He’s a star form the cult-surfer movies he’s made, including Second Thoughts, and The Tsunami Diaries – which is the story about his efforts to deliver 75 tons of food and supplies to the neglected remote islands. His most recent adventures involve surfing the Arctic Circle.

The part of the story that captures my attention is when his “mother sent his older brother to Indonesia to drag Tommy back to college after four months away. He didn’t come back.” I’m intrigued by what his mother’s reaction might be to the scars on his pinky, the scars on his back… many of them stitched up by buddies out in the middle of now where. And then, the image of the Mom sitting in the waiting room, while masses await the outcome of the brain surgery that involves cutting half of his skull away. This was once her baby, so many, many years ago. Well, not too many… he’s still in his twenties.

I’m so intrigued with the men profiled in these pages; men who live lives so passionately in a masculine way that is somewhat unfamiliar to me. Maybe I’m preparing myself for the stories my boys will send home someday in postcards, e-mails, or perhaps through the pictures that appear on their blog.

For now though, I’m just trying to awaken my boys to that inner subtle nuance… you know, the one that triggers inside most females when they walk into a kitchen full of dirty dishes and say, “Gee, I need to clean this place up.”

I know, I can dream — and keep reading about this mysterious creature they call Men. 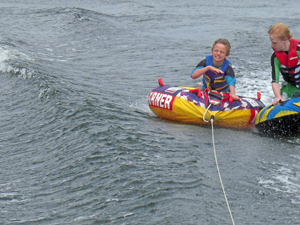 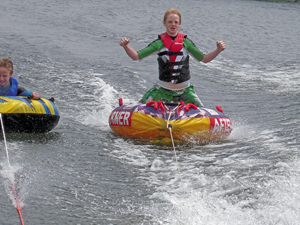 Check out my favorite snack, here.

Miracles happen
N...
Yes, that is me in that magazine
...
Did You Drop Everything Just To See It?
A...
Getting Kids to Eat Healthy
K...
That dent on the car
M...
The Race That Did Me In
I...
Share on FacebookShare on Twitter
clean, health, holidays, Life, parenting
3 comments to “I have this thing for men’s magazines”