Well, not really the FBI’s most wanted list — but certainly, there, right on that social media page, where people loseÂ their pets, that are Found by the Internet. 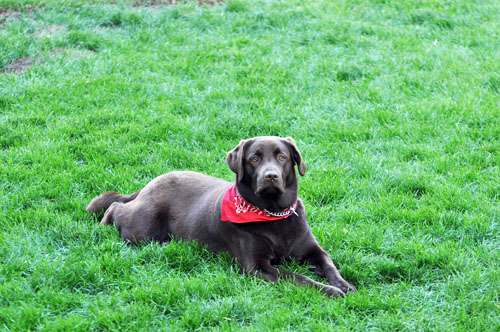 Rosie has always been, quite a feisty escape artist. This is a quality she thrives on — standing outside with that gleam in her eyes, just daring you to reach out to grab her collar, so she can duck, dodge, and flee. She has found a way to stand up at the gate, to flip the latch, so she can go. If the lock lever won’t budge, she’ll start digging under the fence for her escape.

We have stood out front numerous times on the sidewalk, with her metal food bowl, waiting for her to come running back, as she hears the clank of Science Diet kibbles drop into her bowl and reverberate around the neighborhood. Â This usually always brings her back.

She always manages to find a way out of her leash and collar, just before her escape. And yes, there was a time, when she was out and about the neighborhood, and I was running after her barefoot, I was scrubbing the floor at the time, several blocks from home. I managed to corral her between my legs, and was attempting to walk her home, between my legs, when I realized that her 70 pound frame would do me in. “Maybe it would be easier,” I thought, “To pick her up in my arms and carry her, just to give my legs a break.” After three steps, I tumbled to the ground and lost her again.

I have no idea how we made it home, but I do remember, silently saying Goodbye to Rosie in my head, because I thought she was lost for good.

And alas, she was lost again. For several hours, while our unsuspecting children were at school. As my husband was walking around the neighborhood, he ran into a neighbor, who eagerly joined us in the search. He mentioned a social media page, where people post photos of missing and rescued pets. “Have you looked there?” Â Of course we had not. So, he went to his phone to look for us, while we continued to search the green lawns and sidewalks, our hearts sinking at every tree that did not reveal her sniffing the trunk.

Several hours… that’s a lot of time to think. And to remember, and to wonder, how in the world we will ever break this to the kids. 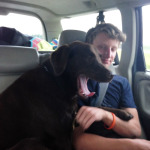 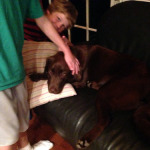 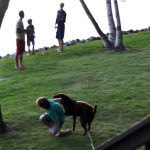 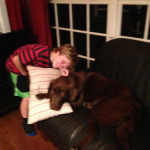 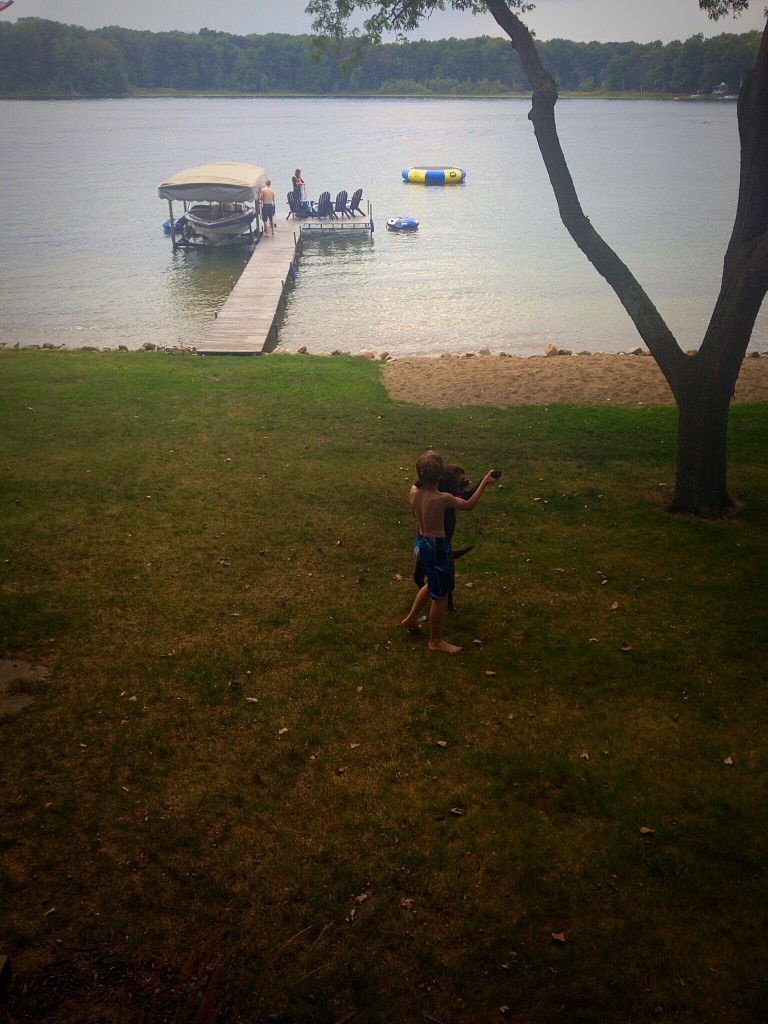 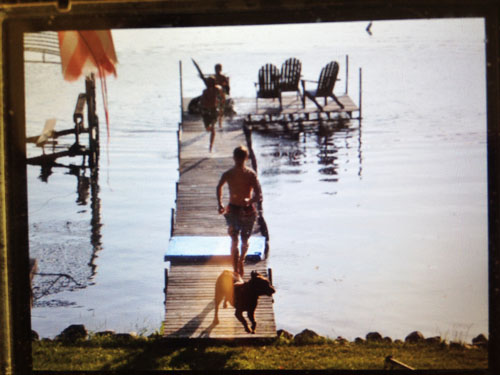 Twenty minutes later, my husband walks home to see the “neighbor” in our driveway, along with a very nice couple — and Rosie. Yes. Â The Social Media site did indeed have our dog. The couple found Rosie, and took her to the vet — and snapped her photo — and posted it on the site. 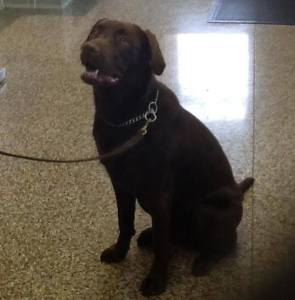 Amazingly, the neighbor looked it up and found her — just by the description alone, and made contact with the couple.

And here she is. 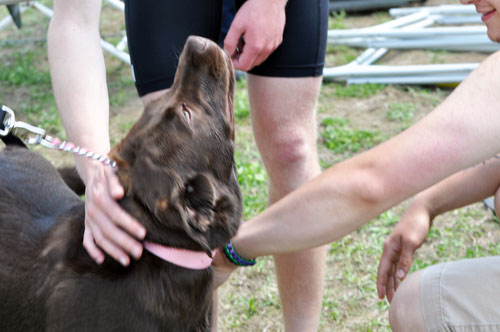 Apparently, there is Â quite an underground community of Pet Rescuers on Social Media. Â An entire underground world we would have never come in contact with, if not for Rosie.

When the kids got home, we shared the news with them — and my husband explained how he wanted us all to get in a group picture with Rosie, so we could post it on this Social Media site. But my teenager looked at him and said, “Dad, when you get an E on a paper, you don’t post it on the refrigerator.”

Snow Angels Inside
A...
Velvet water
T...
Work at the Lake House
...
Burlap's Opposite Attraction
B...
I try hard to spare my brother's feelings
I...
Kept all these years,
T...
Share on FacebookShare on Twitter
clean, Laugh, Life, memories