According to the seed packet instructions, I have 45 days till harvest for the green beans. 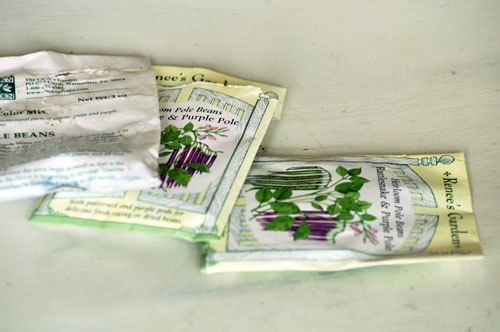 I might have enough time… Because I’m not growing them for the beans — I’m more interested in the vines. And how they can build walls where nothing else exists — without hammer or nail, and what they can give to a growing imagination under the hot, muggy and buggy sky.

It’s amazing how quickly a green pole bean can grow. I planted the seeds about a week ago, and already, the vines have sprouted to six inches. They won’t stop until they reach 6 – 8 feet, for some of them. 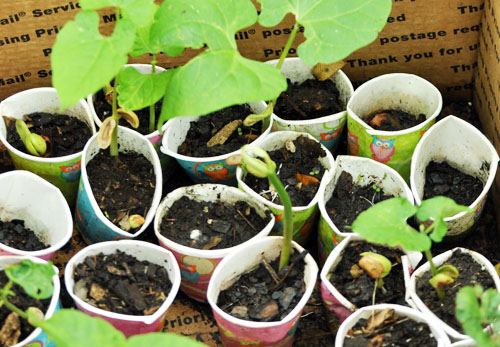 It takes a bit of something to look up at that sun, and will it to give us a bit more summer — even as it’s trajectory has already moved south. The crisp bright whiteness of May has given way to a more golden, subdued color. You can feel it too — this isn’t the same kind of sunlight that we had in early June — or even mid-July. It’s more golden — on its way to growing dark. 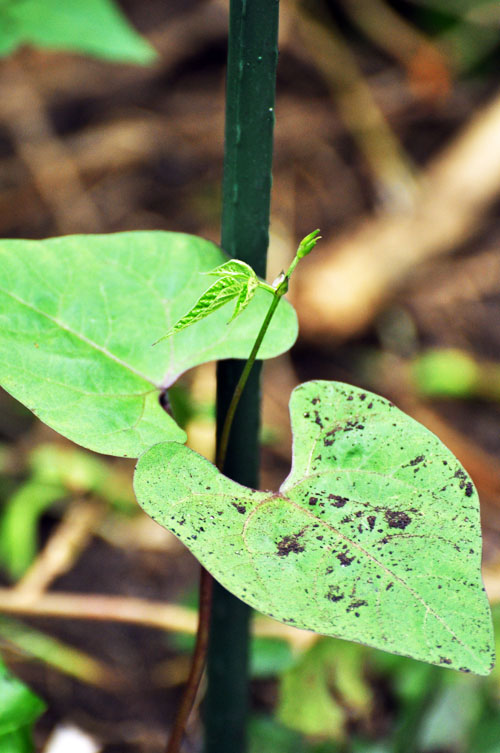 Listen, sun, you can give us more. You can stretch out our summer, revealing yourself in the vines of these beans. No, we’re not asking for you to start now on juicy tomatoes, or the beginnings of a butternut squash. We’re far too late for that. Just some vines, and maybe some beans to nibble on too. Just give us some lanky vines for the boys to play under, so that they can squeeze just a bit more out of you before the first frost comes.

I'm learning not to miss him so much
&...
Wanted Dead Or Alive
T...
Hey, Warrior Woman, You Need Some Fizzy Lemon Barley Water
T...
Sweet and Quaint
T...
In A Sliver of A Second, He Just Let Go
T...
Through Some Miracle Of Parenting
B...
Share on FacebookShare on Twitter
clean, Gardening, Life, Make Something