Her presence was a constant in my childhood. Hers was the big wide chest I snuggled on as an infant, the shoulder I cried on, the large lap I sat on with scraped knees and bee stings, and the sounding board against the bullies at school. She was my shield when my parents were too harsh.

She understood that childhood served one purpose; to eat all the sugary-home-made jam you could fit on a single piece of buttered toast.Â  Christmas was for popcorn balls, and yet she shooed every child in her kitchen out when the hot syrup was just about to be poured on the marble slab on the days she made hard-tack candy, for fear that someone would get burned.

When the men’s work pants, shirts, or the sisters’ summer dresses became too worn for patches; she used her seam ripper to take off every single button, to save them in a tin. For what? For the odd button that bounced off a blouse?Â  She had oodl 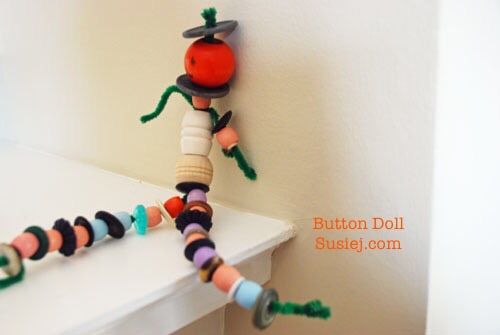 es of buttons – beyond the limit of what she could actually ever use.

As I run my fingers through these tins, the discs slip between my fingers like satin against my skin — can you hear that sound of applause they make as they clink against each other? I wonder now if maybe Grandma had stepped out of her waste-not-want not mode with these buttons. Perhaps she saved them because she simply loved them; not because they were useful. These buttons glisten like massive jewels, and that would have been a luxury that was passed over by this depression-era girl that grew up working out in the onion fields. Her single indulgence. But, she never told me that.

She died while I was pregnant with my first son, in 1995. One morning, after pulling an all-nighter with my colicky baby, I learned that the young family that had moved into her farmhouse had a little girl; and Grandma, apparently, was looking after her. The girl’s favorite lost doll would suddenly appear the next morning in plain site – stuff like that.

I was crushed over this news. Grandma should have been there with me, to help me calm this baby. It was hard enough sharing her with my cousins and grand cousins — but now a complete stranger? It took some effort on my part, in those early days, to not associate every cry my son made with her absence in my life.

Although, she never did like to leave her house…

Since then, only one or two times, (this marks the third), have I ever let my mind drift to the reality that my little boys do not know about the taste of her jam, the feel of her lap, the comfort of her shoulder, the smell of her powder, and those eyes, so deep with compassion and love that just one look made you want to grow up and do only those things that would make her proud.

That loss is more than I can comfortably bear. I can search high and low in every toy catalogue, and never scratch the surface to come close to bringing what she could have brought into their lives. If maybe they knew her, then missing her would be more fun. We could easily say, “Remember that time when Grandma …”

So, I make these button dolls out of her buttons. I use pipe cleaners to twist the doll into shape, and then add the buttons, twisting the ends of the pipe cleaner at the end to hold the buttons in place. The flat ones make nice hats. Simply my way of leaving a little bit of Grandma around the house for the boys to see. 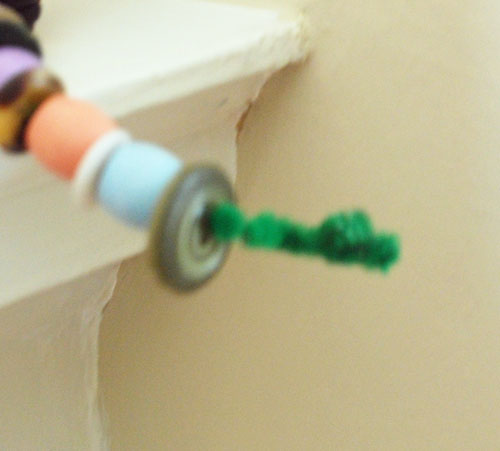