Those of you who have been to Steamboat know that there is a three-hour drive from the Denver airport standing between you and the springs. That is, unless you pay a bit more money and fly into Hayden to the Yampa Valley Airport. But someone on the Gondola explained that when you drive to the Hayden airport, rocks fall on your head. Or on your chest — some people are killed… others just injured. According to this report, “There are quite a few random rocks that have been coming down because of the freezing and thawing.” But hey, that could just as easily happen anywhere — so don’t let that stop you. 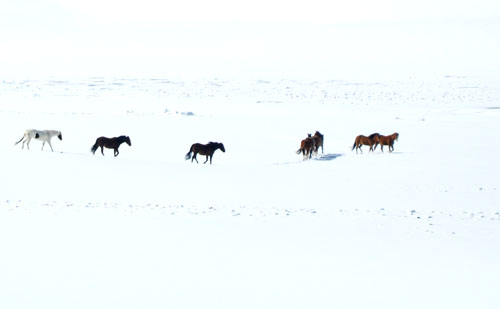 On the morning of our departing flight, snow was falling so thickly that we couldn’t see the mountain where we had shared so many of our adventures. By the time we reached interstate 70, we saw that 70 west was closed, due to snow and ice. Cars were backed up for miles, as drivers were stranded along the highway. 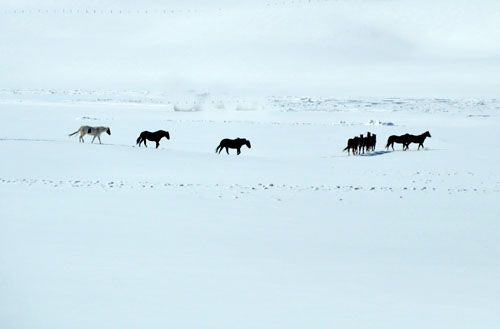 We kept trudging on, wondering where we’d sleep if 70 east was also closed, and we missed our flight. The kids were chanting, “close it” from the back seats, hoping to squeeze out an extra few days of spring break. 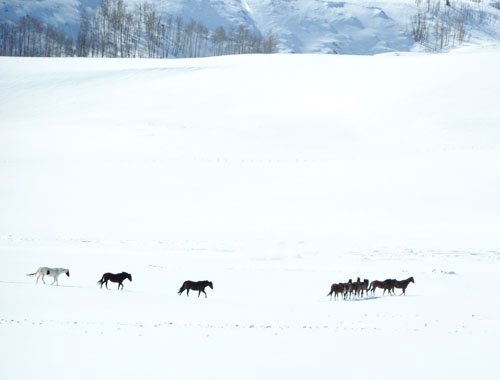 While my husband drove and maneuvered the ice, I looked at the window and snapped pictures like these, and rationed out the chocolate chip cookiesÂ  I had baked in the condoÂ  the night before — designed to give us a few seconds of peace. The three-hour drive was now four. Then, in just a few miles, the snow let up, the sun came out, and the roads were miraculously clear. 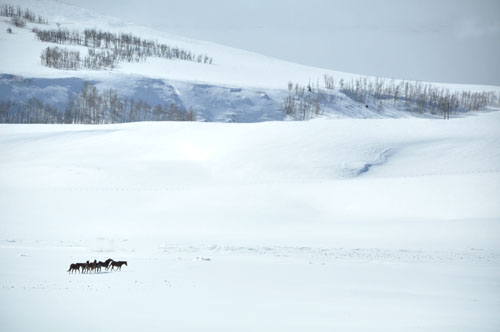 Living A Day Through Tartt's Goldfinch World
Y...
How To Cook Dinner on A Dreary January Night
O...
Not the Mormon Housewife Blogger
I...
There are No Stars in the New York City Sky
M...
Background checks were done
A...
Visiting the Magic Kingdom In One Day
H...
travel
2 comments to “Going East”