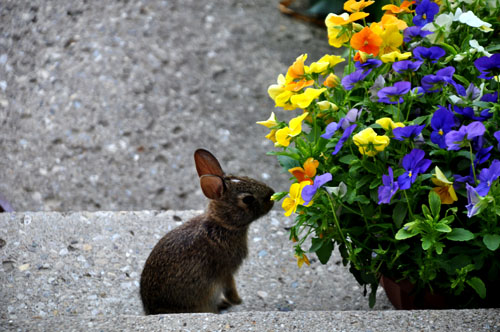 When you set your dreams high, and you expend energy to do something great, you increase your chances for failures. You also increase your chances for success — but before the big harvest, my successes are still in question. Take for instance my sweet potato project. Over the dreary cold winter months, when I was loosing my mind, I went to the store and dutifully bought sweet potatoes for the boys to be baked, slathered with cinnamon butter and brown sugar. 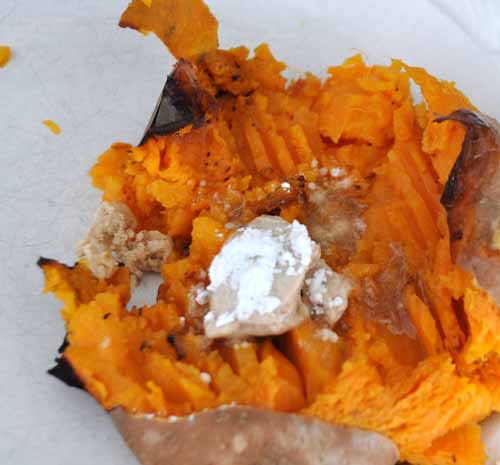 The boys were contented. That makes me happy.

It didn’t take long for me to get an idea… “What if I planted these myself?”Â  I have a full sun bed out front, virtually empty, save for the shrubs. Pumpkins grew there once, so why couldn’t tubers? Sweet potatoes are “ornamental.” They look like plants that are simply there to be pretty. No one would be the wiser to suspecting that I am trying to do something as bold as plant food in the front of my house.

Sweet Potatoes (the kind you eat) come as “slips.” Simple vines, without roots, that you plant directly into the garden. The vines grow, with the familiar chartreuse-colored leaves. In the fall, you simply dig up the “roots” which would be the sweet potato tubers. I imagined the golden orbs drying out in the attic, before we would put them into cold storage for the winter.

I ordered 20 slips. They arrived, finally (ordered in February) right before we were leaving for the lake over the weekend. The ground was wet; no time to water them. Yet, when I arrived back home, there had been no rain. The vines looked a little weak; admittedly, my fault. So, I watered. Then, the rains started that night. They continued for two days straight. The vines became perky, and stood tall.

“Maybe I should cover these,” I thought. I’ve heard, bunnies like these. “OK… but, time to cook dinner.”

An hour or so later, I went back outside, just to admire them.

The vines were gone. Nothing was left except a stub of a stem. All 20 were gone.

Over the next few days I began to see numerous bunnies in my front yard. “You can go home now, bunnies,” I told them. “You’ve eaten everything I have.”

But the bunnies persisted. Soon, I found out why. There was an entire family of baby bunnies living under one of the shrubs. Despite the four boys running around here.

So, I ordered more slips. Sold out. Everyone is. Undaunted, I planted pumpkin seeds in their place. covering these seedlings with window screening. 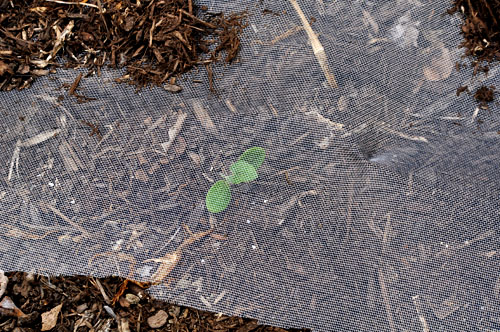 Butternut Squash Makes a Great Pumpkin
H...
It Was Like Arriving In The Swiss Alps
W...
The Pretty Spring Centerpiece You Already Have
...
Then, we were stranded on the lake
T...
Mom, Why Do You Make Us Write When We Fight?
B...
The Batman
&...
Share on FacebookShare on Twitter
Gardening, Laugh, Try This
4 comments to “Garden Failures, So Far”