My room, with its fireplace,Â  four twin beds covered in teal Maltese coverlets with cream and rose-colored square pillows, had all the trappings of a glamorous slumber party for sixteen, with enough room to have bodies sprawled all over the room, like a studio apartment.Â  The bay window, alone,Â  was large enough to accommodate four sprawling bodies with heads buried in books. Once, I considered this to be bed number five, but then realized that it was probably beds five and six. 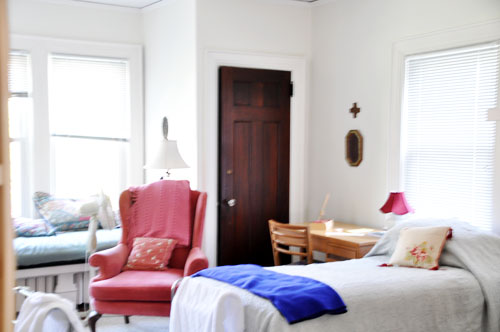 Yet, there was no slumber party, save for the conversations that played out in my head as I focused on the readings of the day. As I packed my bags that morning to leave, I thought about how nice it would be to get back on my phone and share my stories … yet I wasn’t all that eager to open up as I thought I would be. I was already mourning the room, and it had nothing to do with missing out on the slumber party that was yet to be. The silence was what I would miss. I was torn between two Thoreau points:

“I would rather sit on a pumpkin and have it all to myself,
than be crowded on a velvet cushion.”

“I have a great deal of company in my house;
especially in the morning, when nobody calls.”

But stuck in Thoreau I was.

Yet my husband had flowers and a favorite lunch waiting for me when I arrived home, and even though faces of those children did not appear on my camera’s SD card, (as my hands were too busy reaching out to hug their bodies), I can still remember their expressions when they saw me. (Is it really her, I’m so happy to see her… but let me hold back a bit because I think I might be overcome with too much emotion, and I can’t let my guard down that much. And, anyway, she’s gushing enough for all of us as it was.) 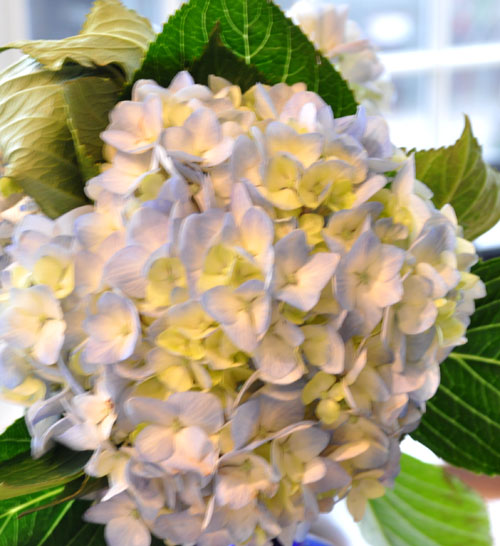 I was glad to be in the place I was when I arrived.

I Miss Feeding Him
I...
Meet You At Shady Oak
W...
The Photo I Didn't Know I Snapped
I...
Transcendence Leaves Us With Just Enough
...
And then, labor became my friend that brought me babies
...
Bellies
I...
Share on FacebookShare on Twitter
memories
2 comments to “Forever Looking for a Pumpkin Seat”