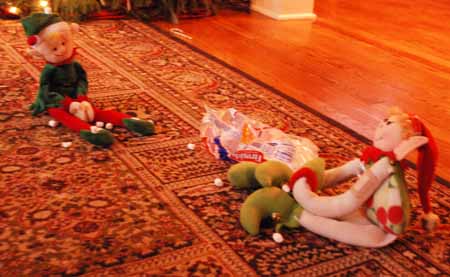 The call came around 4:15 p.m. in the afternoon. My son was at a friend’s, when I learned that the Elf, who finally made his appearance just a few days before, got into a messy, yet amicable, scuffle with an Elf pal, at the friend’s house.

Marshmallows were strewn all over the floor, as the Elves pelted each other, one after another, with the marshmallows. The floor was a mess; the ripped-open bag of marshmallows sat between the two of them, further incriminating them in the fiasco. Elf didn’t even bother to hide the marshmallow we found in the palm of his hands. 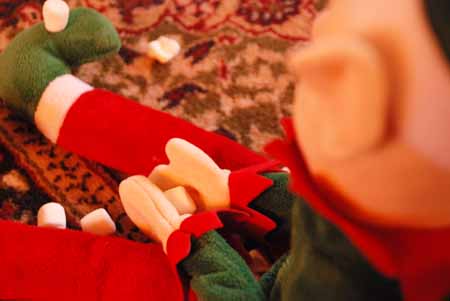 We cleaned up the mess, and ended the play date early, as the Elves, clearly, could not behave themselves.

In their defense, the Elves were insistent that they were merely having a harmless snowball fight. In retrospect, the scene was very much like the snowball fight in the movie, Elf 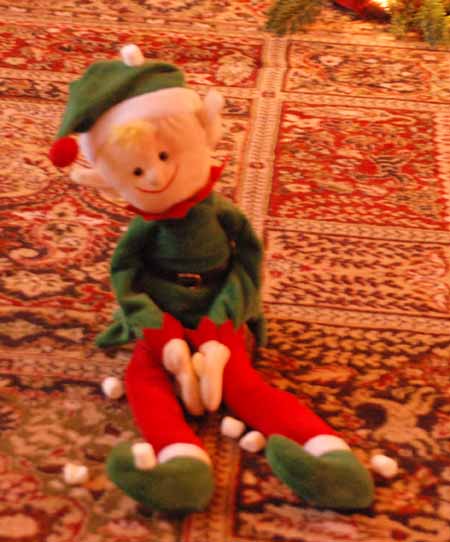 Maybe Another Mom Would...
A...
Father's Day Morning
A...
Hipsters, Mason Jars and Hendrick's Gin
M...
Rarely, Does he Miss a Shot
...
It's 10:24 pm
a...
We Waited Until the Late Afternoon
w...
Share on FacebookShare on Twitter
holidays, Laugh, Life
5 comments to “Elf Caught in Snowball Fight, Red-Handed”