As if having the frogs around wasn’t enough, they came with an accompaniment. Poison Ivy. 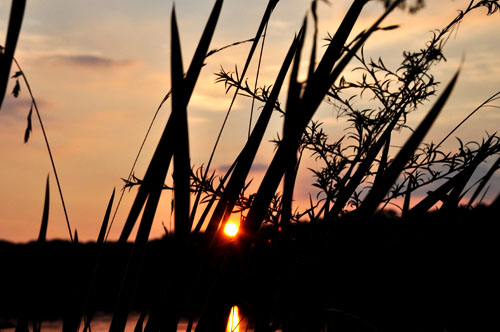 Frogs like to live in the tall grassy weeds, and there, unbeknownst to my son, was a big bed of Poison Ivy. He had marched right though the weeds, and there was not one spot of his body that didn’t hold some welt of the inflamed itches. I mean everywhere. Even his ears. 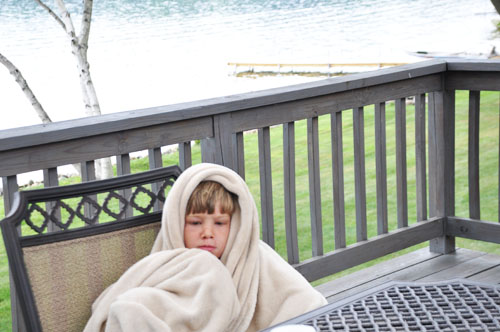 His eyes were soon swelled (not shut) and his itching was relentless.

But yet, there is a cure, and I must feel compelled to share this — because I can’t stand to see kids suffer. I did not get this stuff for free, (I wish! The stuff is expensive.) This is not a review. Zanfel Poison Ivy Cream

is a Poison Ivy, (or Poison Oak or Sumac) soap that will eliminate the posion — not just the itches. The sooner you treat it, obviously, the better. But even my son’s poison, which had been growing for about 4 days, was curable… just took several applications. This stuff is a soap, but it comes in a tube, and squeezes out like lotion… kind of weird. Would have preferred it was a bar of soap. And, this stuff is quite expensive… $30 for a tube of the stuff, but considering what a visit to the doctor would have cost, combined with potential steroid shots, we came out pretty easy.

The hardest part was figuring out how to apply the stuff… very specific instructions.

2) Squeeze out EXACTLY 1.5 inches of Zanfel (there is a ruler enclosed in the packaging) and rub this stuff in your hands for 3 minutes with water to create a lather.

3) Rub the soap onto the affected areas.

4) Leave soap on until the itching stops. Which, for my son, was quite complicated… because he had different stages of the poision, so when one area felt like it was “cured,” and he would jump in the shower to wash it off, he suddenly remembered there was another spot that still itched. So, we had to do this several times before we got him all settled.

Then, he was happily, again, comforatble in his own skin. 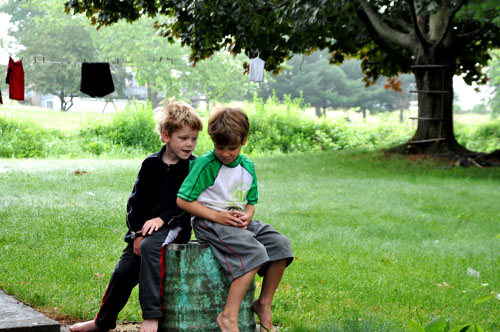 Ever wonder why we have so many allergies today?
G...
The Fun Mom Plays I Spy
I...
Plastic Bliss
T...
Fleeting Pets
M...
If I Had A $100
I...
Lego Storage
Y...
Share on FacebookShare on Twitter
clean, health, Laugh, the lake house, Try This
3 comments to “Comfortable In His Own Skin”