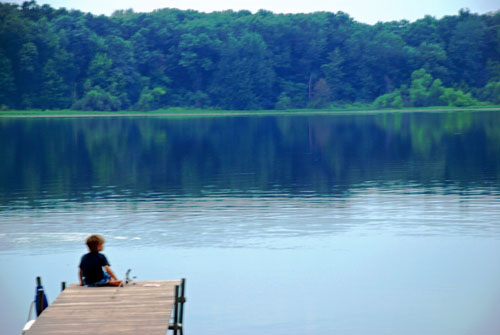 It’s not leaving the lake that is so hard… the difficulty comes in facing the milestone the departure represents; another summer in the life of a child is closing. One step closer to the hard realities of adulthood. One step closer to losing my little guy to all day school.
Our last night at the lake, their laughter carried across the water, as they made snow angels in the sand. My hands were busy collecting laundry, picking up toys, and facing the one-million tasks that must be done before closing up and heading for home. I was too busy to catch these photos; but their laughter kept echoing, telling me, really, “to grab the kids and run for the hills before it’s too late!” 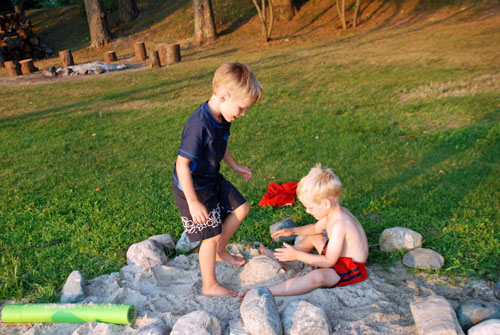 When I chose Firefly Summer as my summer read, I chose it for its title. Fireflies, summer, and childhood go hand in hand. Yet, the book was full of tragedies; so much that I found myself laughing at the irony of it all at the end. But, there was one poem that Binchy pulled in from Yeats, that captures my feeling tonight so eloquently:

Come away, O human child!
To the waters and the wild
With a faery, hand in hand,
For the world’s more full of weeping than you can understand. 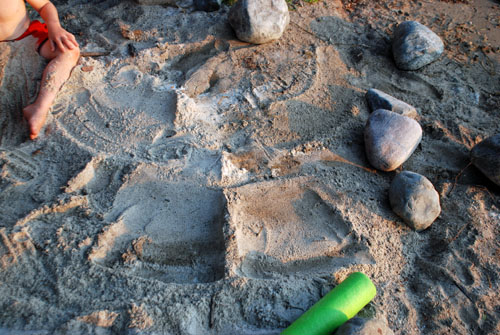 I’m terrible with all of this first day of school stuff.

Remebering You as A Superhero
...
How I Finally Got Rid of Ants
T...
Holy Unidentified Ending Batman
I...
Bigger Than Life
T...
Smelly Shoes
I...
Vacation Food Packing Tips
V...
Share on FacebookShare on Twitter
clean, Tears, the lake house
3 comments to “Children, run to your sand angels”