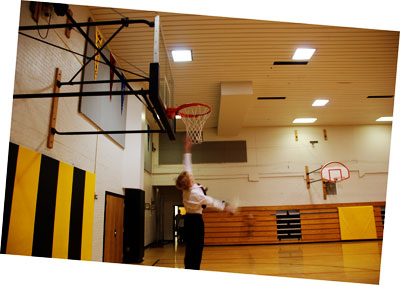 Some of us pinched ourselves when we got the letter. First, the event signaled that the first year of Middle School is finally nearing its blissful end. Second, we learned from this letter, that that our children, in spite of all of the late-night homework struggles, long hours pouring over math puzzles, and relinquishing Saturday nights for special school projects, had earned 3-quarter honors. The school was inviting us to attend a ceremony to honor them.

Wow. This was not an accomplishment I could attribute to my own middle school years. Did they even have honors ceremonies in middle school when I was a kid? If they did, they didn’t invite me.

As we sat in the auditorium, I smiled at familiar faces of parents that I’ve only briefly seen since that day we sent them out of Elementary school, right after they made their fortunes, and when they promised us that , “Life is Good.”

“Get used to this place, ” I told myself. “You’ll be spending lots of nights here, God willing, as each of your kids file through the grades here for concerts, award ceremonies and plays.” I refused to let myself think of her, and how much I wished she was here. This kind of “wishful” thinking, I’ve learned, takes me away from the present; she is here. Something I just know now without even questioning. Oh, but please don’t make me analyze that, because under scrutiny, under close scrutiny my theory just falls apart, and I’ll feel alone as ever. Maybe I’m right.

While I waited for the ceremony to start, I remembered what I felt when I appeared in concerts and award ceremonies when Mom was in the audience, and how grateful I was to give her a reason to show off her daughter. I wondered how my son will remember these nights.

As the school administrators handed out their praise for such a hard work, they filled these these kids with accolades about their character, (pleasure to have in class, eager to help other students, and knows the difference between intramurals and math finals), and my wish is that they hold these truths within their souls until high school and beyond. I think a few of them gulped when the details of what they’ve achieved tonight were spelled out.

Still, when they called the name of the boy who’s Father died so quickly and unexpectedly this year, I felt such a pang of sorrow for him. His name was followed by sniffles from other Moms who sat around me. So young for this boy, and to know he will have to work so hard to fill in the spaces where his Father could have stood, for so many years ahead.

The stage swelled with after kid after kid, boys in ties, and the one ballerina in the white skirt with red tulips and black tights who I half expected, and hoped, would FouettÃƒÂ© jetÃƒÂ© on the stage. These kids stood looking back at us, beaming, holding their certificates and medals. I remembered them as little girls and boys when I volunteered in the first grade classroom when they were cautiously learning how to fill in the number line. And look at them now. Blink. Where did five years go?

And then, they called the name of the boy who had such a hard time in elementary school, and believed he was a nothing but a loser. “This is the year,” his Mom said, “That I’m trying to build his confidence up.” And there he was… walking on stage to collect his honor. Hat’s off to that Mom.

I looked over and happened to catch a glimpse of a man weeping. Joy for his son, and sorrow, I’m sure. He recently lost both parents. I knew what he was thinking. I looked around more and relished the unique human experience in this room, as it boiled down many years of life into this one microcosm of time.

As we left the school together, Mother and son, I was aware of how close I felt to him. The words flowed easily between us, and he listened to everything I said, the first time, when we got home. People can scare you into thinking that closeness will go away once they start to grow up; the same rumor that causes so many tears on the first day of kindergarten. Closeness deepens as our children grow; and we have more events to share between us.

No more pinching myself; the presence of these kids on stage exudes power and confidence. This is just the first of many award ceremonies, for various interests, they’ll have over the years. I’m honored to know them. Oh, yeah, and so PROUD that my son is one of them.

The Well-Stocked Pantry
T...
Parenting Help from 1953
&...
He's Coming Home
T...
How To Make A Dream Come True
N...
Gold Coins are Hard To Find
W...
What Boys Do When Moms Block the Wii
...
Share on FacebookShare on Twitter
clean, Life, memories
15 comments to “Cheers!”