The tree dropped, like a teardrop into the water. I watched it all happen with my eyes. There wasn’t a cloud in the sky. No wind, and the tree fell anyway. I was the only one who saw it, while eating dinner, on the deck. Of course, no one believed me, until we went over there to see it for ourselves. 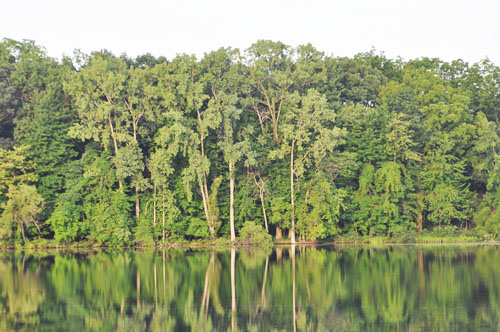 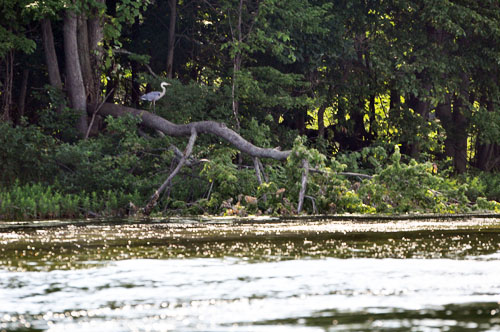 Now, the trunk, leaves and branches are part of the ecosystem in the lake, and the shore — in a new way. Charles, as we like to call his off-spring 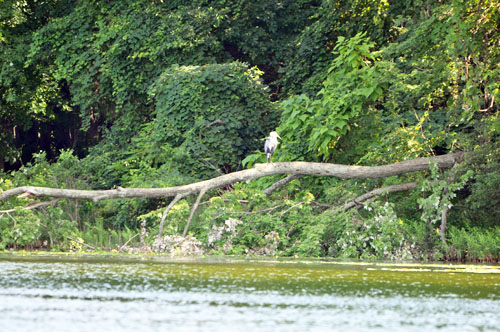 (and, believe me, that name has generated quite a bit of controversy — because some refuse to believe he’s actually passed, while others are convinced he has, and this is his child. The days of saying “Charlie” without creating chaos, are over.), 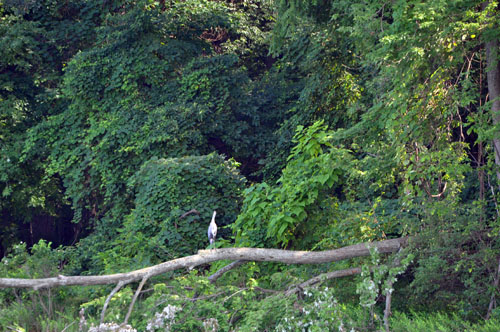 likes to sit here now, and watch what is going on.

Fun Size took one look at that fallen, majestic tree across the lake, 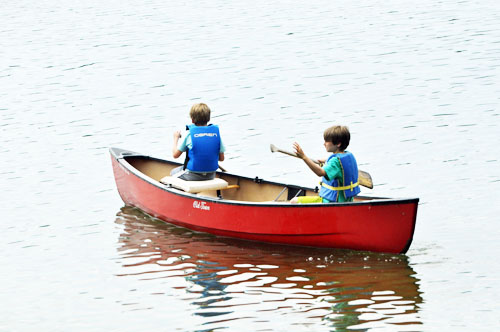 and immediately knew he just had to find a way to canoe under that tree. 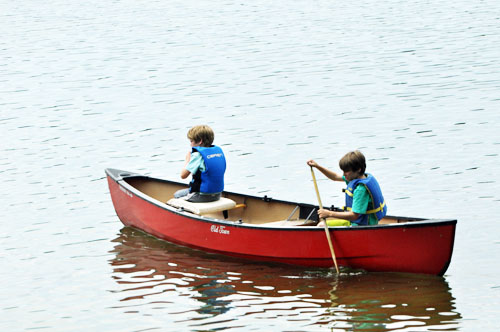 He set off with his brother — but they didn’t get far. So, I stepped into the boat, and took him there.  How many times is someone going to ask me to canoe under a tree with him?

We got all the way there, and then he said he didn’t think we could make it. But I spotted an opening, and in we went — and we did get stuck, but we used our oars to push us all the way through. We came back through the other side, and canoed back home. That adventure accomplished.

Then, one afternoon, we did it again. The leaves were brittle, the lushness of the leaves, gone. That time, we sailed through the other side.

You know you're a Mom when...
Y...
Lilly of the Valley
I...
The Paper Curtain
T...
Book Page Christmas Trees
S...
The National Park: Your No-Fuss Backyard
...
Boy's Easter Baskets of Choice
T...
Share on FacebookShare on Twitter
clean, Life, the lake house