I love soda. I love the bubbles, the sound of the fizz when the soda hits the ice cubes in a glass, and the crisp smack in the back of my throat. Â I put soda away after as I came upon 40, years ago… too many calories. Â But alas, my discovery of the ginger bug, has turned soda into a into a “fermented health” food, and given me a way to control exactly how much sugar is in the soda. This is as close as I think I’ll ever get to creating “slice of heaven on earth.” 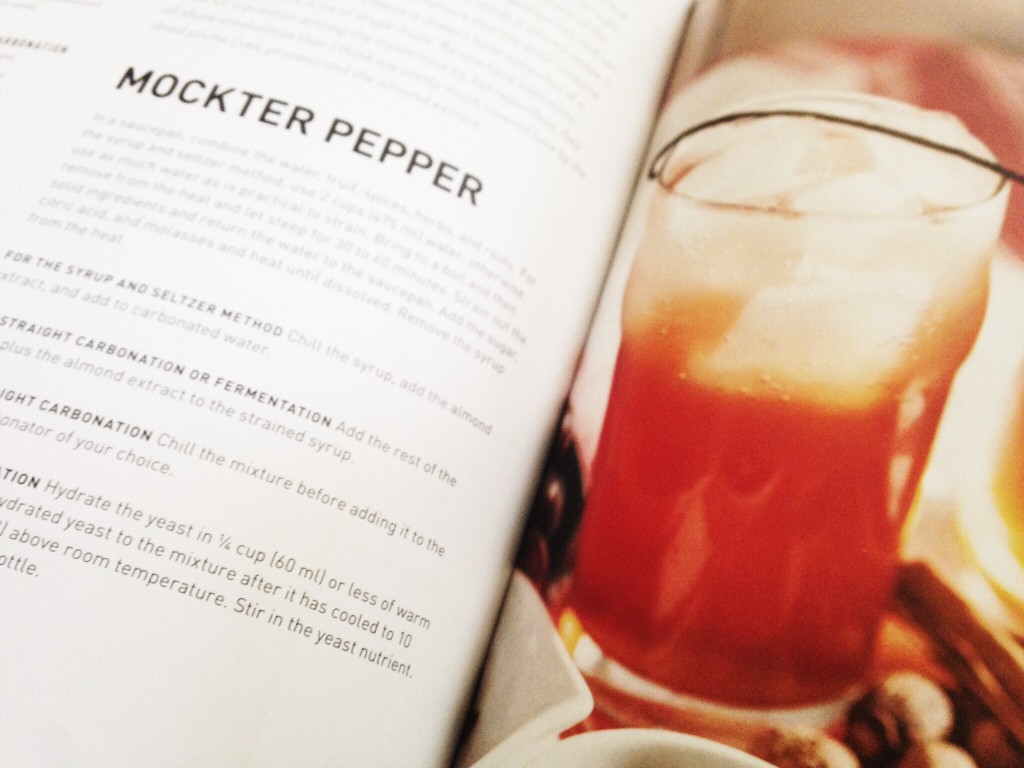 I’ve been stuck, although, it’s a nice place to be stuck, on my stand-by recipes — lemon/lime soda. Â It’s easy to make, and oh so refreshing. Â Yet, now that I have spoken to, read through Jeremy Butler’s Making Soda at Home: Mastering the Craft of Carbonation: Healthy Recipes You Can Make With or Without a Soda Machine

,Â and spent some time on his blog (which is full of fresh recipes as well,)Â I amÂ overwhelmed with soda-flavor choices. 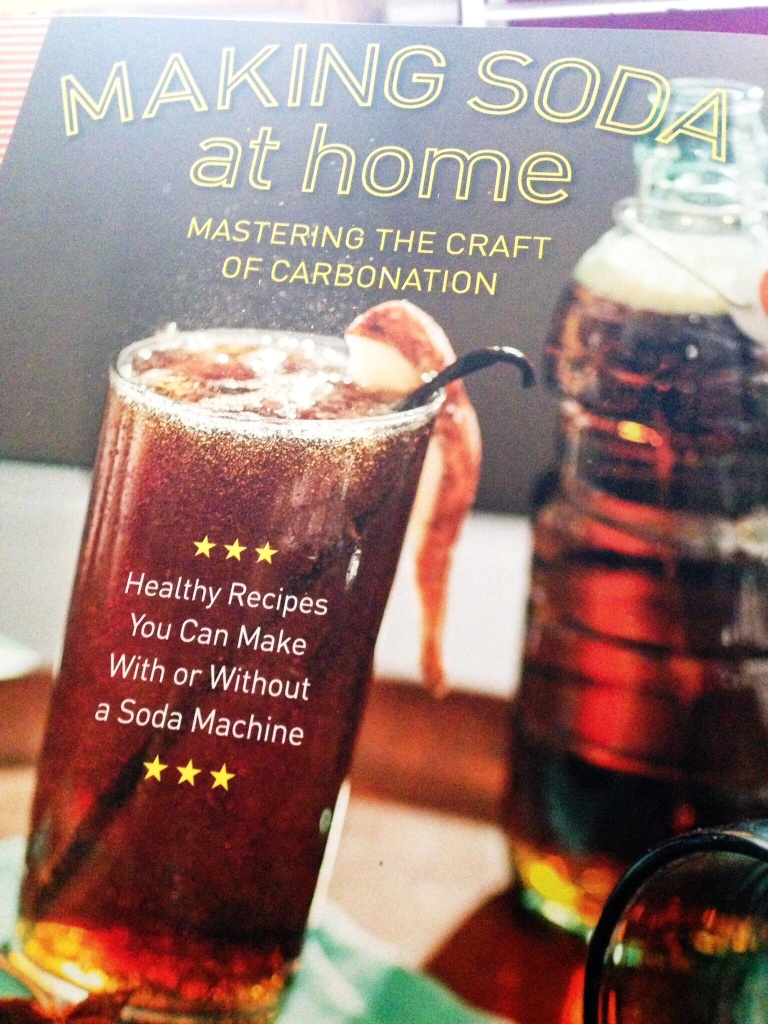 I can’tÂ decide whether to make the “mock Mountain Dew, (get the book to discover the secret of this flavor) coconut lime, apple pie, or spruce beer. All I know is, looking at those clean crisp bubbles in thisÂ lavishly illustrated book is allÂ I needed to get started making some new sodas right away. (I’m saving peppermint candy for Christmas time). 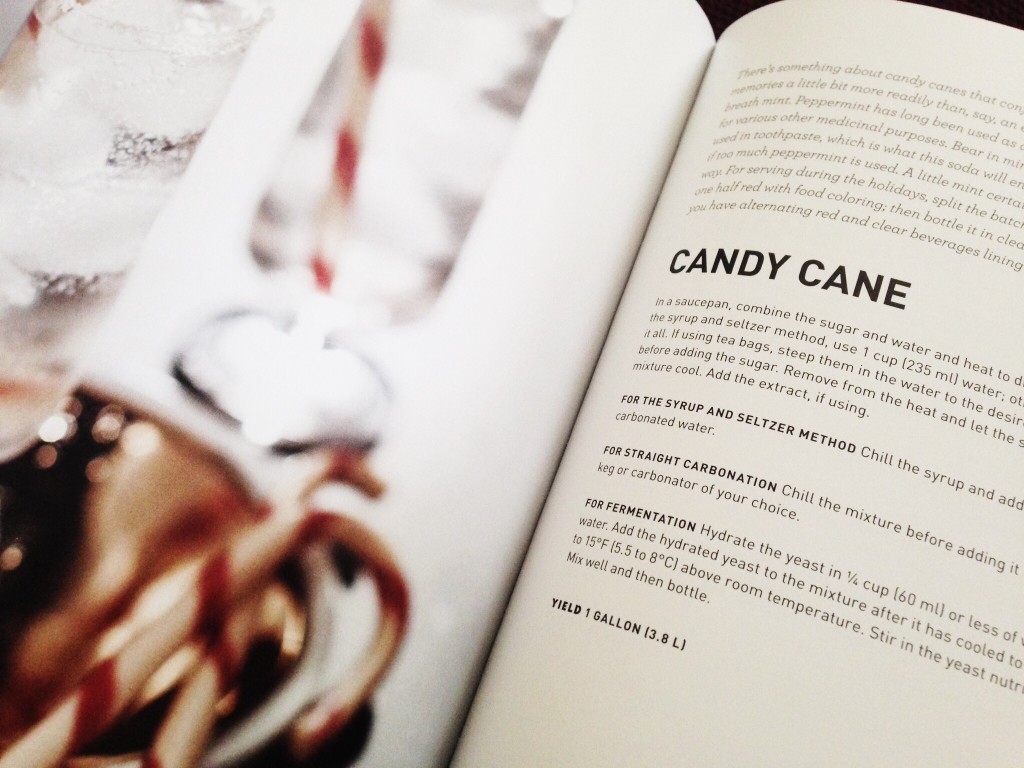 Jeremy, a professional food technologist, likes to play with his food. He’s a master at creating soda recipes from traditional non-soda foods, and turning traditional drinks, like Wassail, into soda. Cupcake, Apple Pie, and Gingerbread are sweets-turned-soda in this soda reference book. Jeremy says his favorite is Coconut-Lime. 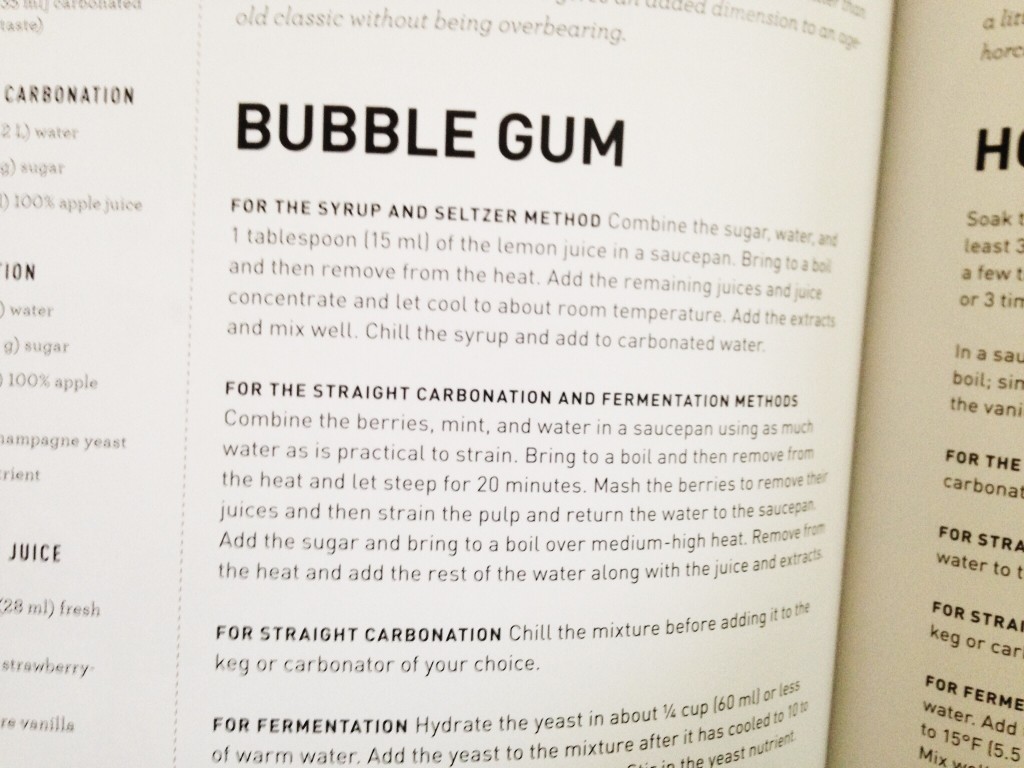 Talking with Jeremy and reading through his blog will give you clarity and insights to improving the depths of your own soda concoctions. For example, I scribbled a note while talking with him on the phone about letting the water and sugar boil to 240 degrees Fahrenheit before adding the flavors to increase the “sweetness” of the sugar. This has more to do with separating the fructose and other scientific measures. 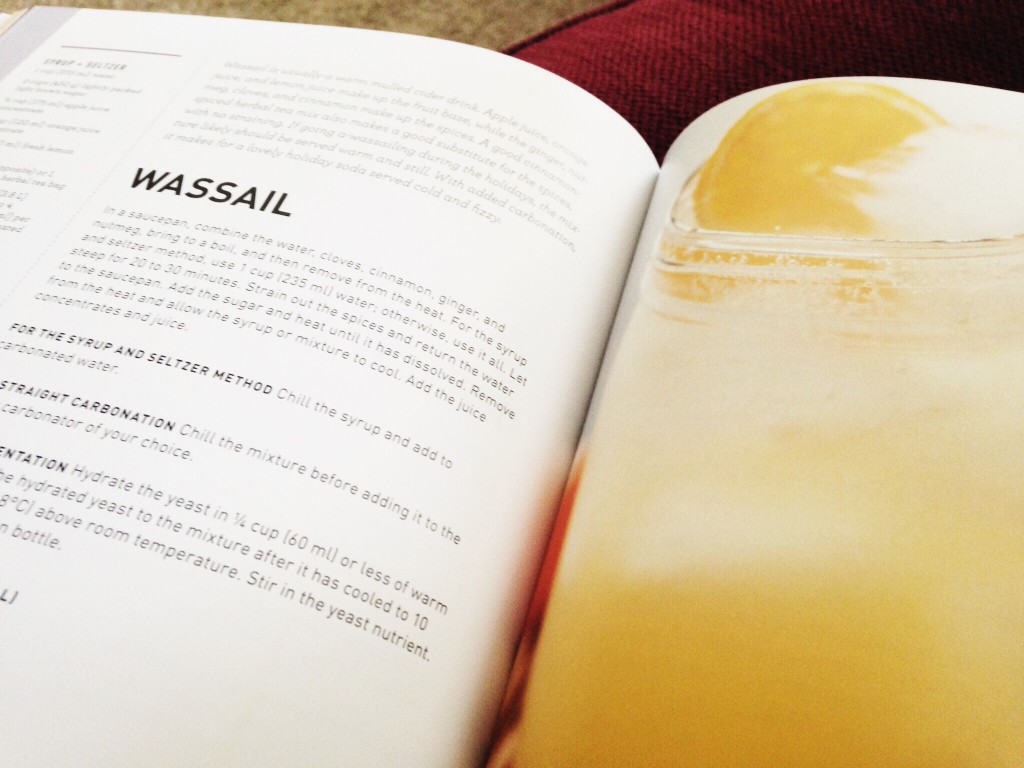 But enough with the study and analysis. It was time to get started making my first batch of soda using this incredible book.

I was intrigued with Jeremy’s use of dandelion root and ginger to make what he called Multi-Root Beer. A few pages later, he incorporates dandelion and burdock root in a brew based on a traditional recipe in the United Kingdom that he says “has some similarities to the American root beer, but has a distinctly different taste.” 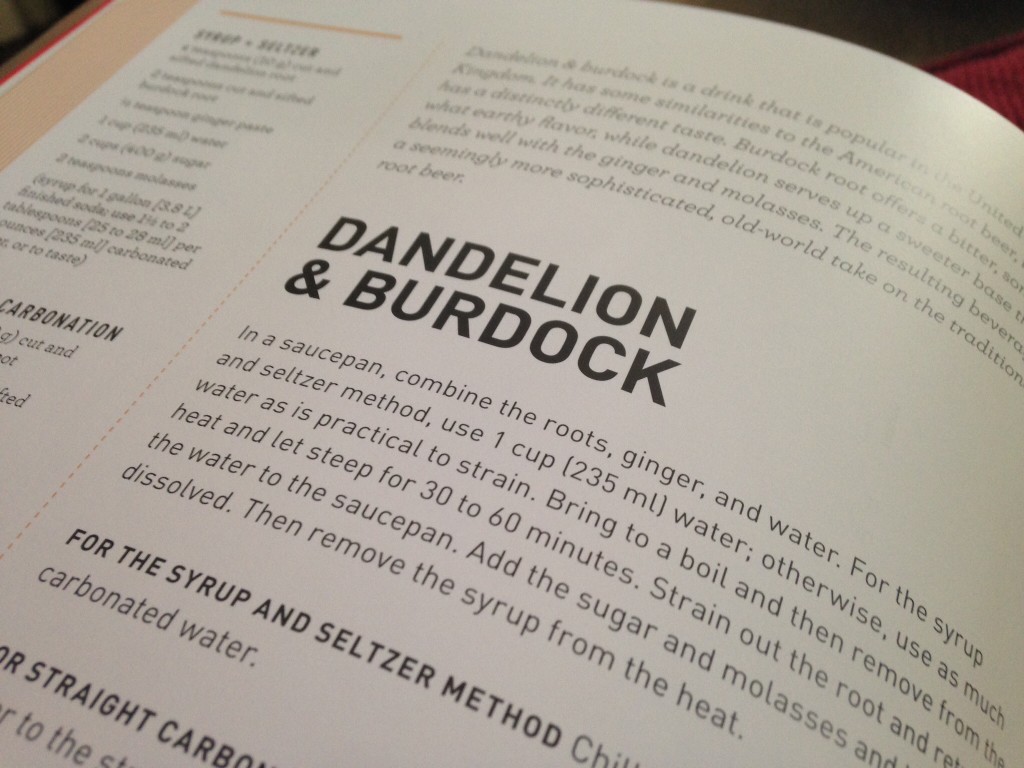 I already drink a combination of dandelion, burdock root and oatstraw tea for stamina. But Burdock root is so bitter I can barely stand it. If Jeremy can concoct a way to make it taste better and more like root beer, I was all in for this experiment.

In Making Soda at Home,Â Â Jeremy’s recipes include adaptations for fermentation, straight combination or syrup and stelzer. There are no specific instructions for using a “ginger bug” but you can figure it out… just substituting a 1/2 cup ginger bug for every 1/2 gallon of soda and working out the liquid proportions. Â  JeremyÂ provides ample instruction and direction to help you adapt your own soda making method, and even try a new one. 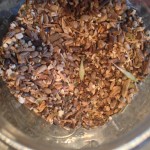 In the spirit of Jeremy Butler himself, I used what herbs I had on hand and didn’t follow his recipe to the letter. In addition to the burdock and dandelion root, I added oat groats, and nettle to the brew. This sweeteners included a combination of white and brown sugars along with blackstrap molasses.

I left the brew ferment with my ginger bug, and was pleasantly shocked to find that this mixture of herbs did take reminiscently of root beer.Jeremy also includes chapters on the science of soda, storing soda, and different equipment you’ll need to make large batches of soda.

This is not the last soda recipe I’ll be posting from Jeremy’s new book.

Plenty of Room At The Inn
A...
Seeking
T...
Fruit Flies Used In Human Genetic Research?
I...
The Day We Carted The Albums Away to Make Room For You
T...
Lemon Barley Water
W...
Is Eating More Greens On Your To Do List For The Year?
I...
Share on FacebookShare on Twitter
blog, Eat, Life, Make Something, Try This