I had no intention of doing this, until my littlest one challenged me to do something with that big tub of Easter Eggs I bought. He was expecting “decorations” as in Christmas. And Jello eggs… He wanted some traditions. 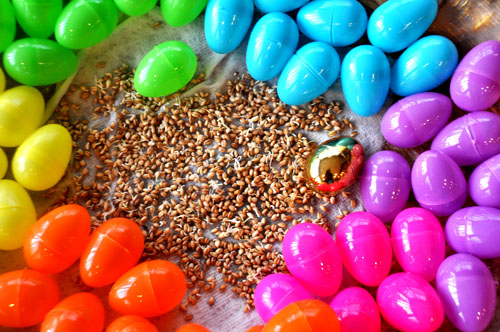 So, I bit the bullet and started growing my own grass… like everyone else is on Pinterest. I liked Delia Create’s tutorial the best — it involves no soil. 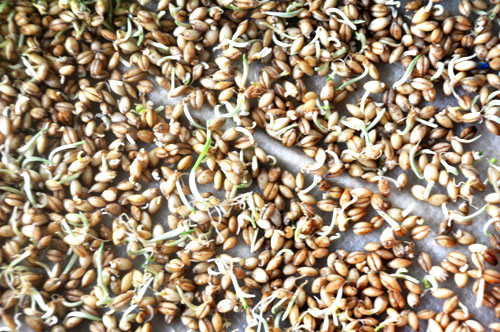 The boys have arranged the eggs around the grass several times now… it’s an “interactive display.” This is day 5… they say when the grass starts to grow you can almost “watch it” it grows so fast. Like kids. So, by Easter, this should be lush and full… if not, we’ll keep growing it. 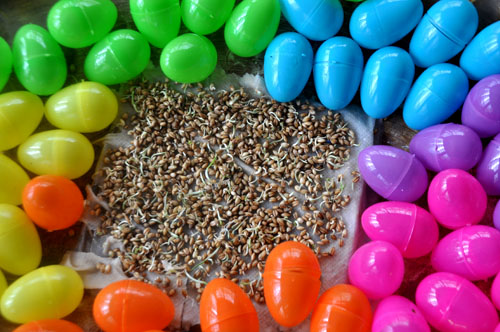 The grass seeds? Believe it or not, it’s just barley. Barley that I have sitting in my pantry… un-pearled barley.. it tastes nuttier, and is way more healthier than pearled barley. Truly… it tastes more like nuts than a grain.

While the barley was growing, I threw some of the barley “seeds” into a pot of water and cooked them. 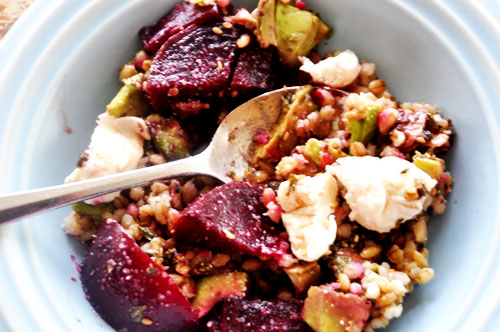 I put some whole beets in the oven and cooked them like baked potatoes… when they were soft, I rubbed off the skin, and chopped them up with some avocado… added some balsamic vinegar and salt… and had a feast. Just so you know… I was the only person in the house who thought this was king’s food.

Unrelenting Passions
L...
A Bug-Free Picnic: Flies AND Ants
S...
Storing Ginger for the holidays and beyond
W...
Surviving Winter: Winter Greens Pesto
T...
Clean Houses Are Over Rated
I...
When The Kids Come Home Sick
Y...
Share on FacebookShare on Twitter
clean, holidays, Try This