One of the strangest phenomenon to plague mothers, I’ve discovered, is that as your children age, our free time shrinks. In many ways, this does not seem possible, and I have had the chance to discuss this with other moms, (for only a few seconds, as that is all we have to spare), who have experienced the same phenomenon. We are no longer tying shoes, dressing, bathing and spooning food into our children’s mouths, so, we should have all the free time in the world.

In fact, only the opposite is true.

Which has led me to adopt some non-traditional menu choices, which I would never even considered years earlier… 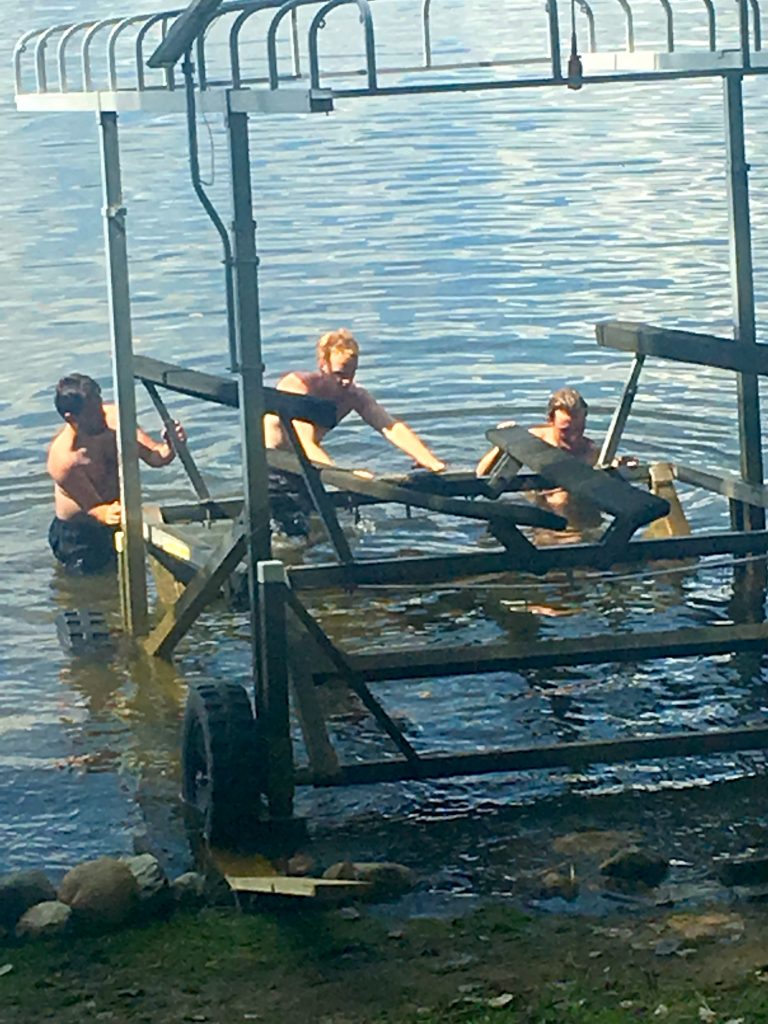 With the “men” busy pulling in docks and lifts, I knew I had to create something special (only of these men out there is my own — I still have younger ones — these are friends), to reward these men for all of their work and effort.Â  This led me to create the most amazing lemon pie this weekend. I spotted this recipe on Food52Â and the words that drew me in, were, you guessed it, “Ten Minute Pie.” 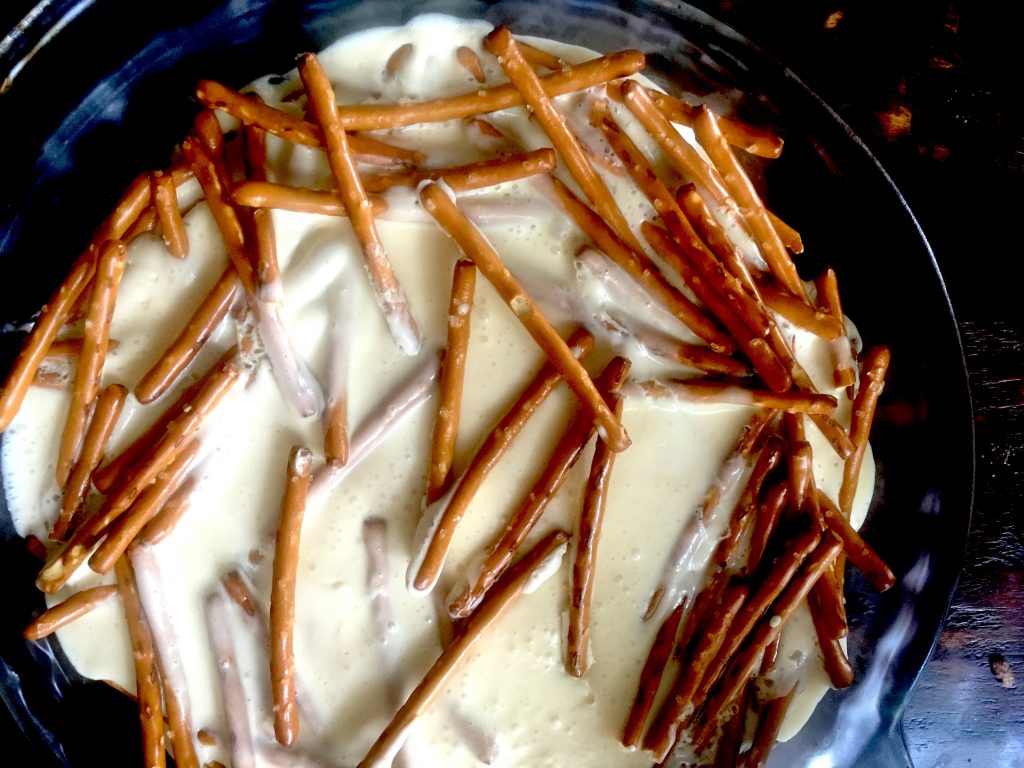 My family loves lemon meringueÂ pie. But after years of failed meringues, and pudding that refused to set, I have banished it from my repertoire… but maybe this ten-minute pie would allow me to salvage the time-honored tradition that my mom established, which I ruthlessly abandoned.

Notice, the original recipe calls for lime juice not lemon — so I adapted this one to serve my needs. Also, the recipe called for saltines, which I did not have on hand. But I did have a half-bag of stale pretzels, which I tossed into the oven (a nod to my Grandma’s technique) to “stiffen.” The best part of the pretzels is that it also incorporated my mom’s famous frozen strawberry-pretzel-jello recipe.

The result? Overwhelming satisfactory, clean-plate, no leftovers to store results. And lots of smiles.

Mom, I need Another Tootsie Roll Pop Because I Forgot to Count
I...
Sprouted Hummus, Bringing Food To Life
A...
shoes ii
...
Start Building Your Advent On Thanksgiving
I...
What Are You Doing In My Pantry?
I...
Mudroom/Entryway Transformation
I...
Share on FacebookShare on Twitter
clean, Eat, parenting, Try This
2 comments to “As Your Children Grow, Shortcuts Become More Important”