I really don’t think it has a thing to do with the fact that we once cut our own tree and every needle fell off two weeks before Christmas, 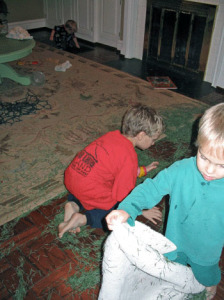 and just like The Grinch, we had to take every single ornament off the tree, 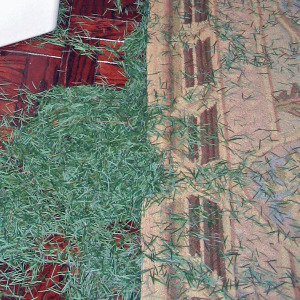 but the boys really want an artificial tree this year.

Three years ago we found this awesome Christmas tree farm in the town where I grew up. Nestled among valleys and the two castles there is a sweet family working their tree farm to put their three children through college. They sell ornaments and have hot chocolate and cookies — but it’s not a flashy overwhelming set-up. 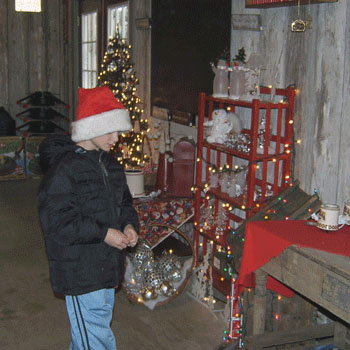 It’s just a place that makes me feel closer to home, closer to Christmas. And they remember me. (How could they forget the year they had to drive over an hour and replace our Charlie Brown Christmas tree?) This is the new tree they brought us. 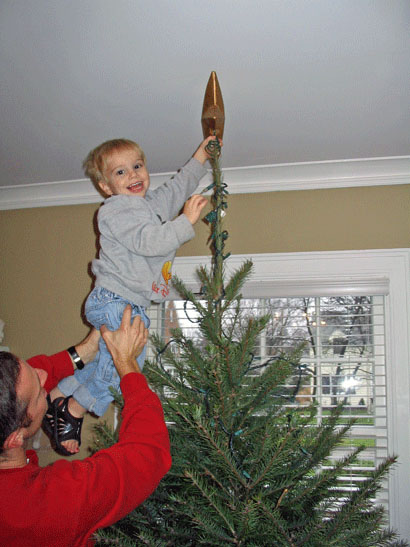 We go back to this tree farm every year, despite the fact that our maiden tree fell apart.

But this year, the boys, taking to heart all they have learned in school about the environment and global warming, are willing to cast tradition aside and go for an artificial Christmas tree. They did mention something about being “tired of the mess.” I think there is some research that proves it’s more environmentally friendly to cut a tree than buy some plastic thing made in China. Still, there is something heart-wrenching about watching that ax take that first cut into a perfectly normal tree.

But you know what? I really could care less. I’m knee deep in finishing these videos. It’s worse than I thought. But the good news, it’s going much faster than I thought — I’m going to make my Christmas deadline, for sure. But this work does take a toll on you. Really, I had no idea how much whining we had going on in our house last year! And I’ve go to listen to it all AGAIN! I’m editing it all out — lots of tape on the cutting room floor. And then, I come out to hear more whining!But, I’ve had lots of laughs — stuff I can’t believe I was lucky enough to catch on tape. The hardest part if finding the files on my computer — they’re so old I can’t remember what they’re named! And the software attaches all of these extra files so I have no idea what’s what.

Latest stats: I just finished four movies — Jan- July 2007!! Plus, two Christmas movies are done, and Thanksgiving 2006 is on the agenda for tonight. Once that’s done, all that’s left is Summer and this fall. Oh, yeah, and the Disney vacation — ugh. That one will be tough. It is draining folks. Draining.

Synchronizing the Family Calendar
F...
First, we skipped Church
S...
On A Bad Day, I Like Nothing More Than Watching That Young Pope Pray
O...
Tourist Attractions We Missed
W...
Highlight of my week
I...
I Don't Like Raisins Baked In Cakes Either
L...
Share on FacebookShare on Twitter
holidays, Laugh, Life
12 comments to “Artificial”