I was sound asleep, in the middle of the night. The door slam brought me to my feet – the next sound was a blood-curdling scream. I put one hand on the light switch to flood the deck, and the other on the doorknob to pull it open. Looking back, I find it funny that I never thought for a second that an intruder had come into our house.These pictures are of the beautiful animals you can see around the lake house — when the sun is up. 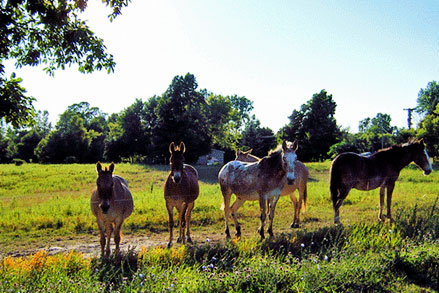 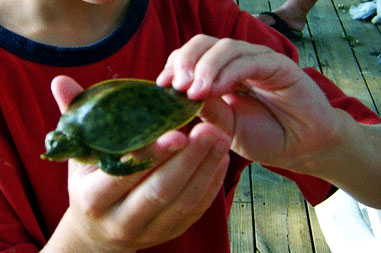 But I’m slowly becoming aware of the huge, rather large population of night creatures that rule our deck and yard by night. At first, you don’t realize what a strong population they have here. They do such a good job of hiding themselves by day. And they have helpers: the trees and bushes, fueled by the moist air at the lake, allow them to grow bigger and fuller, and they become huge blankets for the animals to hide by day. 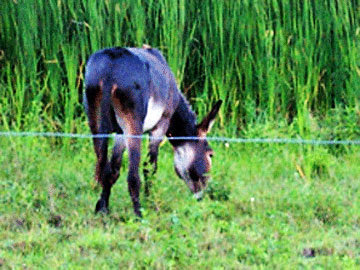 When I hear leaves rustling — it doesn’t sound like a squirrel — it sounds as if large workmen are climbing the trees. The animals are large, and they live in large numbers. Instead of 1 opossum, you might see a herd. I counted eight groundhogs scurrying across the road.

The deer are the toughest to see. You would think, because of their size, they would stand out easily. But their soft beige fur merely appears as a faint glistening cloud in the moonlight. You notice those piercing eyes first. They stand so still and stare at you. It’s as if it’s Babmi’s Mom herself saying “Run to the thicket.” 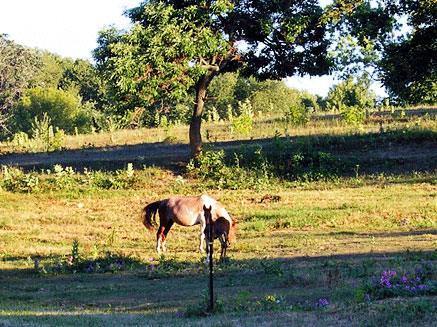 So, when I heard the door slam, I knew it could only mean one thing, at 2 a.m. One of my children was outside on the deck — alone with the animals. The flood light revealed my five year old, holding a cup of water (we keep the water jug outside so they aren’t running in the house all day). He screams, “there’s a skunk!” I look down, and standing between my son and me is a furry skunk. His tail is up, but he’s far enough from my son for me to know he has not been bit. And by, now, the skunk, startled by the scream, and the sudden flash of light, is starting to run away. It isn’t until the next morning that I start to realize, and be grateful, for the fact that he wasn’t sprayed.

During the next day, my 5-year-old’s story becomes something much bigger than we actually experienced. He tells his big brothers that he saw “nocturnal animals” – 7 of them. And they were all lined up on our deck, having school. Owl was their teacher. We keep the water jug inside at night, from now on. 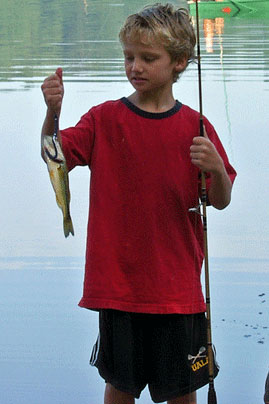 The animals have waited all day for their chance to roam freely on this deck. We are outnumbered by them – and at night, as I hear the rustling noises in the trees; they make it clear that the night is theirs.