My husband has a spot on his chest that he proudly shows off every year on our son’s birthday. This is the spot I bit when those last few contractions came when I was standing up, leaning on my husband, at 9.5 centimeters. I was in a rush to see my baby sooner rather than later. Today, that son is 10. 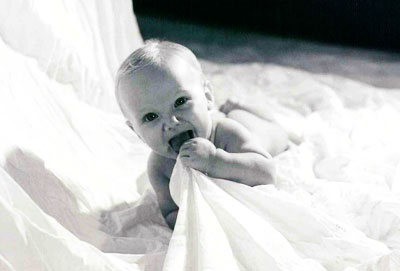 If I was standing during labor, at 9.5 centimeters, this means that there was no epidural; there was no internal monitor. The veil between the physical act of labor and a woman’s body was not cushioned, padded or softened. This was exactly what I wanted. Unlike his older brother’s birth, two years earlier, that resulted in a c-section. This plan had its roots formed in the hospital room when I first came into the world. There, childbirth caused my Mother to “come face-to-face with death.” Her story originates further back when her own Mother fell into a black hole of death, but eventually escaped. My Mother’s story was full of pain and isolation. The nurses left her alone too much; Dads, of course, weren’t allowed in to comfort.

I was terrorized by these stories. They haunted me. For 38 years, I lived with an overwhelming fear of childbirth. As a young girl, I used to lie in bed at night and try to think of ways I could avoid the whole act, yet still become a Mother. One of my favorite scenarios, because it was a fool-proof system for preventing pain, was to begin an anesthesia treatment early in the pregnancy, so that I would sleep through labor and delivery.

I didn’t know then that birth unfolds; a woman responds to what’s happening. Every action she takes with either make it easier for her body to open, or harder.

Ten years ago today, I walked through my fear. Unlike my Mothers, I did not pummel to the depths of death in the process.

To prepare, I was hypnotized, started yoga, listened to guided imagery, took the Bradley Method, and hired a Doula. My goal was drug-free labor. If I could reach back and grab the root of my deepest fear; I could do anything, I thought. I needed to live without fear.

Still, despite all the prep work; my body was reluctant. Stuck at a painful 3 cm for 72 hours, I took many walks through the woods and park by our house. The walks did little to move me along. Something was still holding me back — this was in my mind and not my body. I avoided my doctor’s phone calls. He wanted me to come in so he could “induce me” and get this over with.

What I can remember from those three days of walking were the incredible flowers that were blooming; Lilly of the Valley, the Kentucky Bean tree and the Lilacs all bloomed at the same time; the smells were intoxicatingly pleasant. Returning home from our walk, we’d see the message waiting light blinking; the doctor had called; again.

I told my Dad, “My doctor thinks I’m not going into labor because I’m scared.” He said, “Well, you probably are.” His words gave me an instant wave of relief. I was afraid. This was the elephant in my “mind” that I was unwilling to acknowledge; yet I became aware of how much energy I was investing in suppressing this fear. So, I carried the fear with me, and things began to open up.

Labor was not pleasant; but it was my doula that made it bearable. Rather than passively waiting for each contraction to pass, she gave me jobs to do during each one. Visualize something, lean like this, stand here, and her favorite, “relax your mouth and you relax your entire body.” My job was to figure out how to relax while pain came in waves. Tension made the pain worse; and made the birth come slowly. Now, I had focused work to do. I began to feel empowered in the places where I felt the most fear. This lack of empowerment was the root cause of my Mother’s birth stories. Gynecology asked women to lie on their backs, feet in the stirrups — “get out of the way so we can do our job” was the motto of the medical profession. In that time, there were few other options.

When the nurse said I was 9.5 cm, a red flag when up, as I instantly remembered the part in the Bradley class explaining that 9-10 cm is the most painful part of labor. What’s coming will be even worse than what I’ve already been through… My doula put her face close to mine, and started talking before my brain could complete those negative thoughts. She gently said, “OK, you’re 9.5. If you stand up through these next few contractions, we’ll be able to get gravity to help us make those contractions that are coming work harder for you. You’ll hold your baby even sooner.”

Stand up. At 9.5. This was unheard of in the birth stories I learned; this is the point where you’re supposed to be closest to death. Now, 9.5 was a “place'” a station with its own set of tasks. There was no option; the doula and my husband were already lifting me out of the bed. There were so many words that comforted me in those statements; “contractions that are coming.” I realized then, the contractions are coming anyway, so I might as well use them. I relaxed completely.

Now, I saw that contractions were like a train that would come in and out at regular intervals. If I didn’t work hard enough to “open” for this one, there was always another train coming right behind. I found myself waiting for them to come. I wanted to jump into each one. And thank God, there was even a break between each one! Whoever designed this whole “labor” thing really knew what they were doing.

Still, the words she said, so gently, “…you can hold your baby…” shifted my perspective. I wanted to hold my baby, and if standing up meant that labor would be over sooner, stand I did.

That’s when I bit my husband. The pain was sharp, ohhhh so bad. The bite was maybe my way of sharing the intensity of what I was feeling. My doula was right. Standing up made the contraction so much stronger; and labor was over within a couple of minutes. I was soon holding that baby, and that warm little baby against my chest was pure bliss.

I did more than give birth without drugs. I wiped out decades of terror and fear; I replaced the horrific birth stories in my family with ones of empowerment. I love it when my husband rubs that spot on his chest and brags about that day when Mommy gave birth. I always smile and remember all the demons I conquered that day.

And today? He’s still a babe. 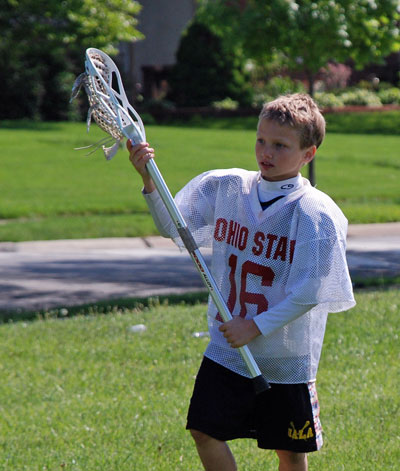 Update: An Easier DIY Vitamin C Serum
A...
Mom, Since You're Busy
S...
Dear Son, Regarding Those Bad Days
I...
Homeless Cereal
T...
Air Conditioning And The Common Cold
A...
Puppy's First Day At The Lake
Y...
birthday, clean, health, Life, memories, parenting, spirit
18 comments to “And then, labor became my friend that brought me babies”