Couldn’t put a smile on his face again.

He was the one who woke up first – two hours before everyone else, as he “ohhed and ahhed” over the packages left by the man he really doesn’t believe in if you ask him; but couldn’t help but wonder as the lights twinkled across the packages, and his face, as he examined all the loot left behind, if he was real after all. 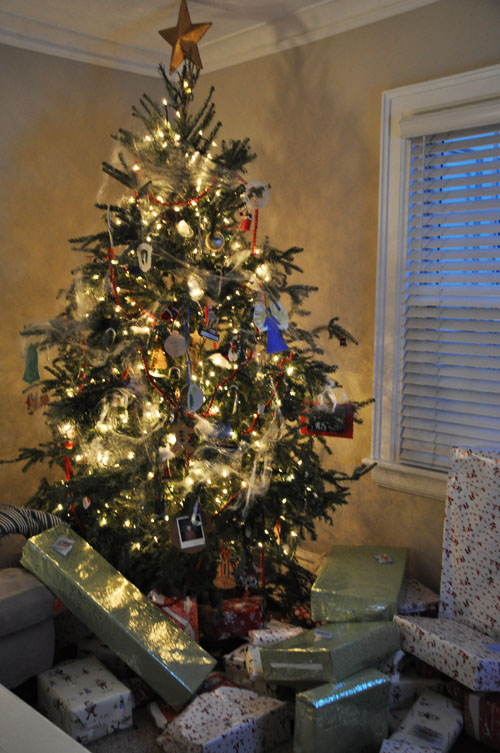 At 7, he somehow has enough empathy not to wake us up, waiting for a decent hour. We gave him the honor of going first. With wide-eyes and excitement, he tore off the wrapper and no longer held in his hands hopes for what he wished for, but rather held Jenga. Tears immediately flowed. Yes, he had asked for this – maybe, many weeks back – but that was before he fell in love with Toa Mata Nui.

No tears on Christmas. I grabbed another package and gave it to him, except that in my haste, I inadvertently grabbed the package of socks. Despite their wool content, they only made the tears fall faster. (Just wait till that first snow falls baby; and you’ll have dry toes. Let’s see who’ll be crying then!)

I wasn’t sure what to do. I want him to be gracious and thankful for the gifts; but yet, I don’t want to turn him into Scrooge, dreading Christmases in his Future. This Christmas was nothing but a big, fat heartbreak. Where are the altruistic meanings of Christmas that I am responsible for teaching?

His little brother had quite the opposite reaction. Opening presents, giddy with glee. You could have given him bags of coal, and he would have been doing flips. His castle, with horses and men entertained him for hours. The big boys in the house, much tougher to please, were fine and dandy. Gracious, curious and appreciative. 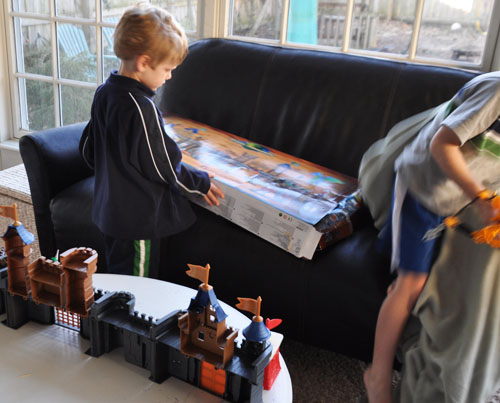 The tears finally did die down, and the pile of “Stuff I’m returning tomorrow” dwindled down as he eventually pulled them out of the pile because, “I’ll play with them if it makes you happy.” 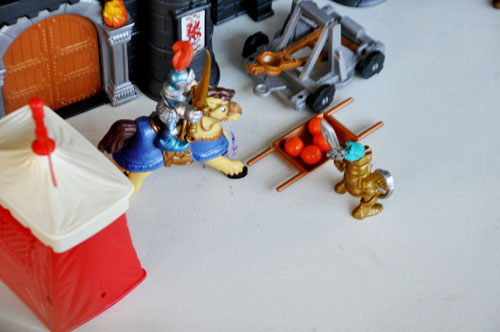 In retrospect, the only time he didn’t cry in the morning was when a present he had picked for someone else was opened. Those sore feet and seemingly endless trips to the store to buy presents for each other was really, the best gift I could have bought this Christmas.

Our Search For the Great Pumpkin Continues
W...
Bond. James Bond.
I...
The only reason I have this Elf in the first place
...
Carl Finally Gets a Babysitter
F...
Boys Outside in the Mud
w...
Eclipse Bound
W...
Share on FacebookShare on Twitter
clean, holidays
3 comments to “All the king’s horses and all the king’s men”